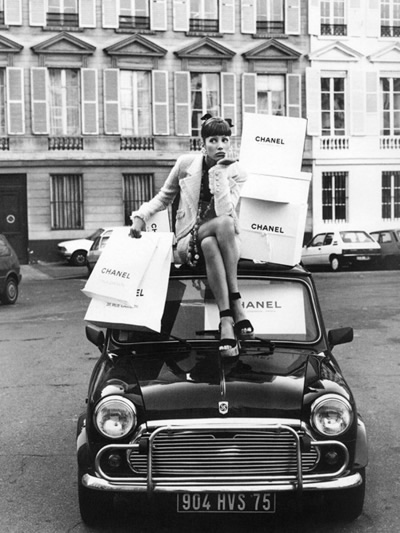 They say true style has nothing to do with labels, but according to a recent study, hordes of women are decking themselves out in head-to-toe designers anyway—though apparently it’s not to appeal to their inner fashion goddess. Instead, research shows women buy designer labels to fend off romantic rivals and prevent other women from stealing their men. Yes, really.

A new study, conducted by the University of Minnesota, took a look at the shopping habits of nearly 650 women, and determined that when women often turn to designer labels when they’re not feeling confident in their relationships.

“The feeling that a relationship is being threatened by another woman automatically triggers women to want to flash Gucci, Chanel, and Fendi to other women,” PhD student Yajin Wang told CBS. “When a woman is flaunting designer products, it says to other women ‘back off my man.'”

The real kicker here is that the study also found that women often automatically assume another woman’s designer bag was bought for her by her boyfriend or husband, even if she bought it herself.

In order to not get all preachy here, we think Destiny’s Child said it best back in the year 2000:

To read more, head over to CBS or the Daily Mail now.