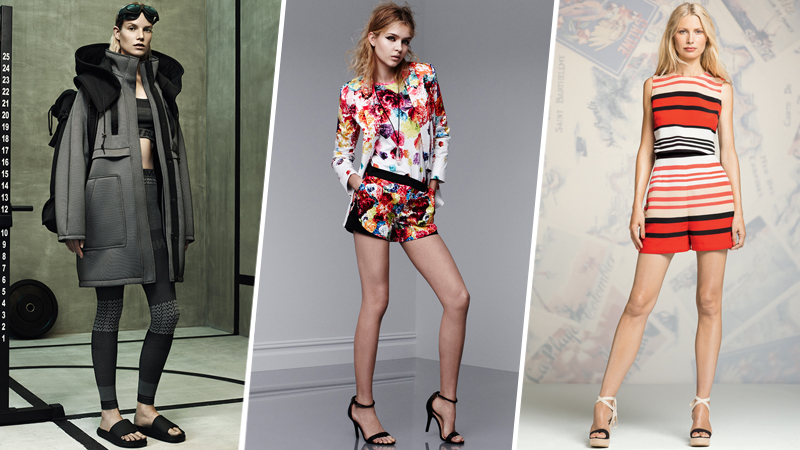 Photos (from left): Alexander Wang For H&M, Prabal Gurung For Target, and Peter Som for Kohl’s.

Considering the buzz around collaborations between high-end designers and fast-fashion retailers, it’s easy to assume that every time one drops—some of the latest being Alexander Wang for H&M, Joseph Altuzarra for Target, and Peter Som for Kohl’s—there are lines around the block and the collections instantly sell out.

But is that really the case? Target, which just announced its latest collaboration with preppy Palm Beach favorite Lilly Pulitzer, has long been considered the innovator in this space. The Minneapolis-based chain introduced its first fashion collaboration in 2000 with Mossimo, following that up with Isaac Mizrahi in 2003, and kicking off its Go International program with a one-off collection by Proenza Schouler in 2006, which was considered a huge retail innovation at time.

Last fall, though, when its collaboration with high-fashion favorite (and 2014’s CFDA Designer of the Year award winner) Joseph Altuzarra hit the sales floor, and was even offered up for sale on pricey e-commerce site Net-a-Porter, shoppers didn’t bite and much of the stock ended-up heavily discounted. Another example that customers are feeling the fatigue of these collaborations? While Alexander Wang for H&M sold out when it hit stores last November, there were reports that the retailer had ordered 40 percent less stock than it had with past collaborations—suggesting it was more important that the collection sell out, than sell a lot.

There isn’t a major retailer around (one big exception being Zara) who hasn’t tried to capitalize on designer collaboration fever—Kohl’s, Banana Republic, Uniqlo, Payless, the list goes on and on—which means consumer weariness was inevitable. That feeling was all too obvious following Target’s announcement it was working with Lilly Pulitzer. On it’s blog “A Bulls Eye View” commenters responses ranged from: “Best news ever!” to “Oh no. NO, NO, NO NO NO…….this won’t be good. I will LOSE. MY. FREAKING. HEAD when this stuff hits the sales floor. I may have to leave the planet when this starts.”

One that really hit home with shoppers? “The Missoni Target collaboration was a mix of products that were truly unique and couldn’t be found anywhere else,” he said. “Beyond apparel and textiles, customers were drawn to the accessories, tabletop [items, things] you couldn’t just find at your local Saks or Neiman Marcus. This appealed to the die-hard Missoni buyer as well as the shopper who was experiencing the brand for the first time.” That collection, which hit stores in 2011, crashed the Target website, sold out, and helped drive Target’s net-profits up by 3.7 percent that quarter.

But that was in many ways an anomaly. The dirty little secret of many retailers is that sales from these collaborations have always been mixed. Some have been a huge success—Editd reported that Isabel Marant for H&M, for instance, which launched in November 2013, had a 100 percent sell-out rate and saw zero discounting. To the same tune, Mary Katrantzou, who collaborated with Topshop in 2012, was a big draw, with only two pieces out of 70 getting discounted.

But there have been just as many flops. The vast majority of the Maison Martin Margiela collaboration, which hit H&M stores in 2012, was heavily discounted a mere three-weeks after hitting stores. Topshop’s second collaboration with Kate Moss also fell flat with shoppers, and many items ended up being discounted by over 50 percent.

MORE: Why Celebrities do Fragrances, and How Much They Really Make

“The quality of the product itself and the experience is as important as the actual collaboration,” Ferdinando Verderi, director of ad agency Johannes Leonardo said of why some work and others don’t. The bottom line here for retailers: You can’t trick shoppers into buying something because a name is attached to it.

So why do retailers continue to roll them out? “It is to demonstrate the style credibility of the brand,” Target’s Chief Marketing Officer Jeff Jones told The Star Tribune. “When people line up, of course we’re thrilled. But that’s not why we do them.”

In other words, it doesn’t much matter that the Altuzarra Target collaboration didn’t sell that well, what does matter is that coverage of the range was exhaustive on blogs, and in magazines like Vogue and Elle. The Alexander Wang collection might not have pushed up profits for H&M, but it scored the retailer editorials in British GQ, British Vogue, Vogue Netherlands (among many others), and the coup of coups: Rihanna Instagrammed herself in pieces from the collection before it was released.

Most retailers don’t even use sales as a measure of success, but rather look at overall media impressions as the metric to determine a designer partnership’s success. “These collaborations create a lot of buzz for both the retailer and the brand, and that attention alone is still valuable,” Blair said.

As for where retailers should experiment with next to stay ahead of the curve, industry insiders point to ideas ranging from more menswear collaborations—a relatively untapped market—partnerships with a wider range of creative types including artists, and thinking longer term, like hiring high-profile design directors instead of relying on buzz from one-offs.

MORE: How Fashion Brands are Capitalizing on Normcore

Blair points to wearables as another unique opportunity for designer collaborations to continue to have legs: “It will be interesting to see how tech wearables gets integrated into the retail collaboration conversation,” he said. “At this stage most of the wearables that are out there are poorly designed from a fashion point of view and frankly unwearable…The retailer and designer who can figure this out from a collaboration perspective will likely strike a chord with customers and critics alike.”