Demi Lovato is starting life again as a new person—and she has a fresh tattoo to prove it. Last week, the 25-year-old singer revealed that she relapsed after six years of sobriety in her latest song, “Sober.” But as emotional as the time is, Lovato is also letting her fans know that she’s free.

Lovato performed “Sober” for the first time live on Sunday night, and after sharing the performance on Twitter, she took to her Instagram story to show off her new tattoo. In a selfie dated a few days ago, the singer flaunted her pinky finger with the word “free” written in cursive. Lovato’s latest ink resides just above her previous tattoo of a cross. 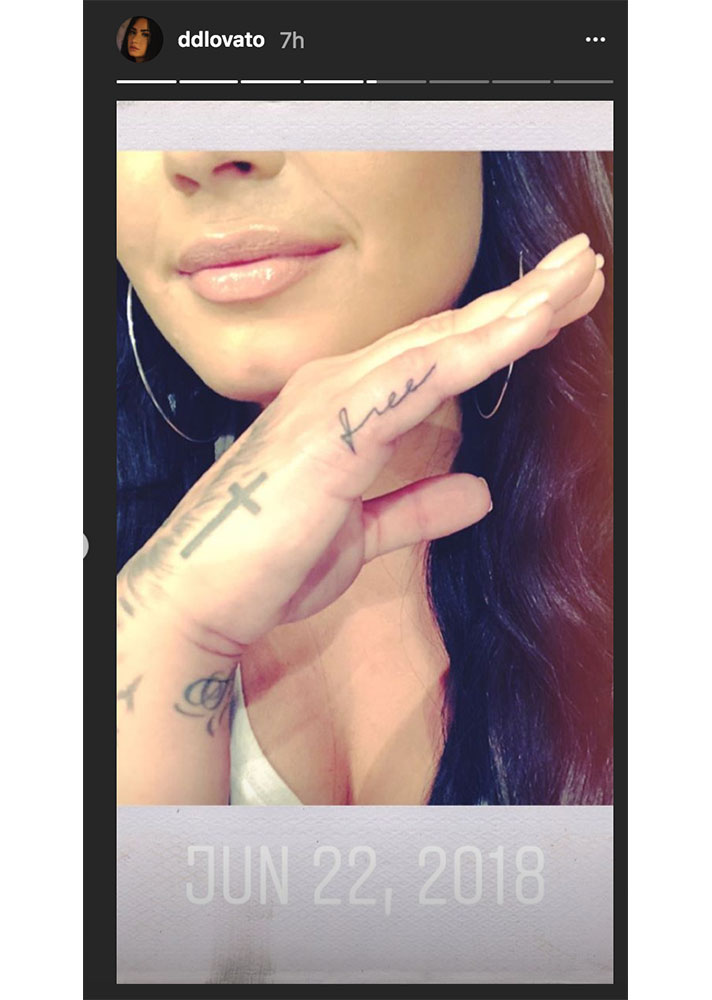 However, Lovato wasn’t alone in the inking process. She shared another photo showing her entire team with the same tattoo on their fingers. She wrote, “The team that tats together stays together.” 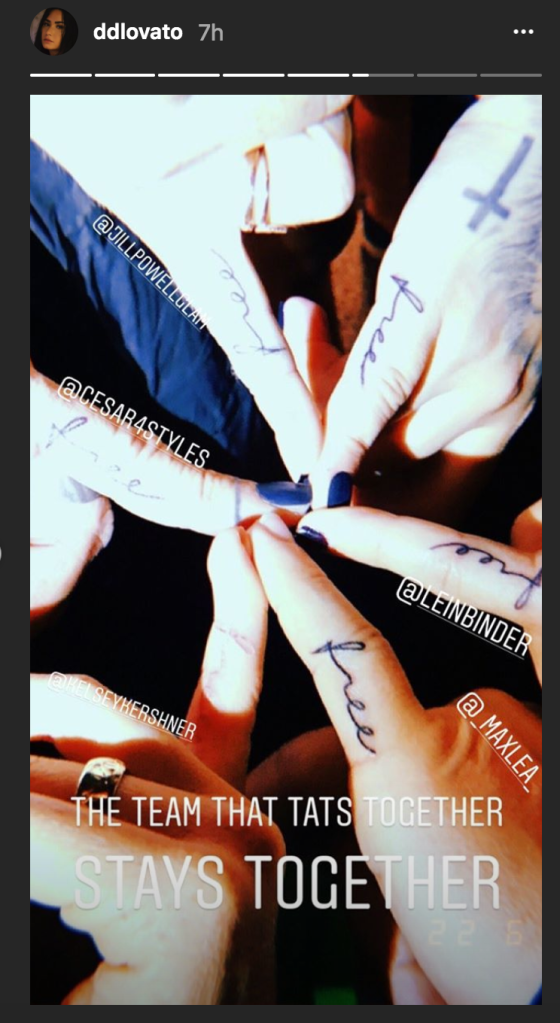 Lovato has always been open about her struggles with alcohol, drugs, and eating disorders, so we’re glad she’s feeling like she can finally be free from everything surrounding her. The road to recovery is never-ending, but it looks like she’s got some good people (and tattoos) by her side.