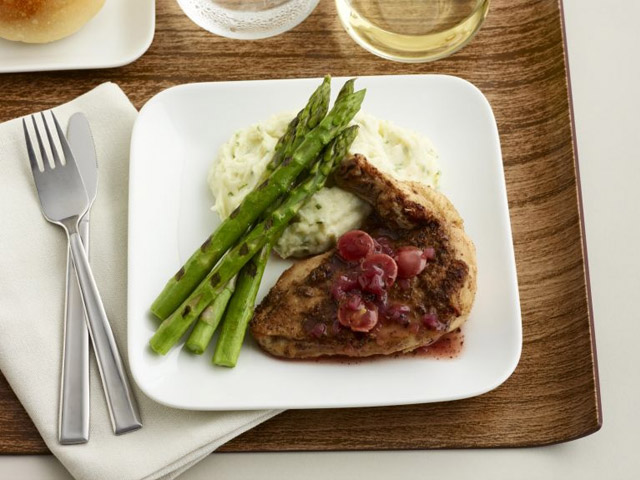 Flying on Delta Air Lines is about to a lot tastier. The airline is launching its own version of “Top Chef” with a competitive culinary show that will be aired onboard its flights. The prize? The winner will have a hand in creating the air line’s onboard menu (fingers crossed that this means there will finally be some decent plane food out there).
The original video series called “The Cabin Pressure Cook Off: The Search for the Next Delta Chef,” will pit four award-winning chefs against each other, and the competition is in collaboration with Food & Wine magazine. The series is being modeled after cooking show competitions like “Top Chef.” The competing chefs will be presented with culinary challenges which will be judged by the carrier’s cooking team—celebrity chef Michael Chiarello, Michelle Bernstein, and sommelier Andrea Robinson—in addition to Food & Wine publisher Christina Grdovic.

The four contenders include Hugh Acheson, who is at the helm of Empire State South in Atlanta, Linton Hopkins from restaurant Eugene in Atlanta, Kelly English behind Restaurant Iris in St. Louis, and George Mendes the Chef at Aldea in New York City.

The series will launch in October, airing on Delta’s in-flight entertainment system, as well as on delta.com and foodandwine.com. May the best chef win!