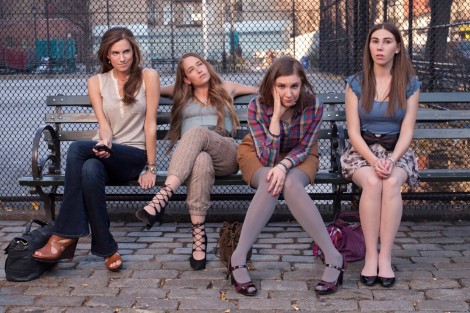 Don’t tell me that this article is unoriginal. I am well aware that every blogger this side of Bushwick has weighed in on HBO’s Girls. I am also well aware that the general opinion is incredibly divided. Many people I’ve spoken to think they are writer/director/star Lena Dunham, and that it’s only a matter of weeks before they have to lend her a tampon after meeting in the bathroom at Sugarland while bonding over their annoying gay friends. But many others think Girls perpetuates everything that’s supposedly wrong with American society — namely, “privileged” white girls gallivanting around New York City on mommy and daddy’s dime. This tends to be the opinion of people who have only watched the first episode, and think that their lives are just innately superior and that you can’t possibly know struggle if your parents paid for your pricey private education.

First and foremost, let me just say that I was hooked after the premiere. However, it was after last night’s episode “All Adventurous Girls Do” that I realized exactly how poignant and dead-on the show is. Dunham’s character Hannah struggles with her recent HPV diagnosis, an epidemic that has affected tons of my peers. She also dealt with her ex-boyfriend’s realization that he is gay — something that has pretty much happened to every girl I know, especially if they attended a liberal arts college or work in the media industry. While Hannah’s problems make up the bread and butter of the show, it’s the costars whose issues make this incredibly relatable.

Shoshanna Shapiro, played by Zosia Mamet (yep, that Mamet), initially came across as comic relief. However, her character — a stereotypical JAP dealing with the world following the demise of Juicy sweatsuits — is more than meets the eye. As she struggles with the fact that she seems to be the only girl left on Earth with her virginity intact, she faces other difficult situations as well that many can connect to, regardless of economic status. Meanwhile, the whimsical Jessa Johansson, played with grace by Jemima Kirke, may appear to be the most unrealistic of the bunch, but her raging insecurities and inappropriate coping mechanisms are all too familiar. Lastly, we have Marnie Michaels, portrayed by Allison Williams. The outrageously beautiful brunette can’t seem to figure out what she wants with her long term boyfriend, and finds herself falling fast into the addictive art world.

My point was not to go through each character and state what exactly is relatable about them. My point is to state that they are all relatable individuals, especially in a post-AOL generation where GChat is a mandatory key for communication. It alarms me that the same people who lapped up the conspicuously consuming, Cosmo swilling cougars of Sex and the City are now calling out Lena and co. for their exploits, when in reality, they are much tamer and subdued. Another bone I have to pick with the haters is the fact that Lena and Allison’s characters reside in Greenpoint, an area of Brooklyn that is beyond reasonably priced. If they lived in a Chelsea penthouse, that would be another story. I’d still watch the show — and probably love it just the same — but it would be another story. Frankly, every girl on this show is trying to make it on their own in some form. They shouldn’t be punished by some media outlets because their parents want to pay their rent for a little bit (and as we know, that’s not the case for Hannah).

All I’m saying is that whether you like it or not, this is how people act. These are real life situations. I’m sorry if they gross you out, you think ladies shouldn’t act like that, or you think it isn’t realistic. It is realistic. It is funny. And if you don’t give it a chance, you’re missing out. Suit yourself. I’ll keep dancing on my own…