If we had the crime-fighting trio of Charlie’s Angels before, we have the crime-committing Jen and Judy of Dead to Me now—and they aren’t alone. Their felonies (manslaughter and murder, to name a few) place them among the ranks of Orange Is the New Black, Why Women Kill and Good Girls. There’s a slew of women committing crimes on the small screen—and it may be the most feminist thing on TV right now.

After decades of drowning under the pile-on of Mary Sues, Manic Pixie Dream Girls and femme fatales, women have broken free under the trusted hands of our fellow women and unveiled our most basic forms: murderous sociopaths and serial lawbreakers. Or, well, our potential to be these things, anyway. And that’s where Netflix’s Dead to Me steps in with its fatally flawed yet realistically relatable leading ladies: Jen Harding (Christina Applegate) and Judy Hale (Linda Cardellini). The show’s first season follows Jen and Judy after they become friends through a dark secret: Judy killed Jen’s husband in a hit and run. Unable to overcome the guilt, Judy befriends an unsuspecting Jen to help her get through the grief of losing her late husband. The second season, which premiered on May 8, continues to explore these themes after Jen murders Judy’s abusive ex-fiancé, Steve (James Marsden), and the two women cover up the crime together. 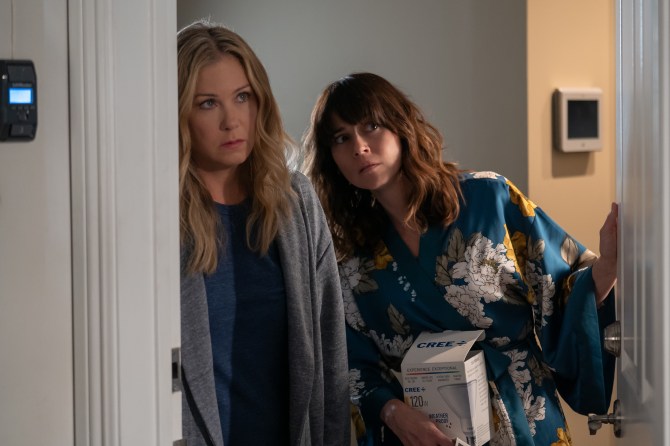 Women have been increasingly fascinated by true crime. More and more are listening to podcasts and watching documentaries where fellow women are often the victims. According to social psychologist Amanda Vicory, the theory is that these women unconsciously want to learn how to protect themselves by maybe understanding a killer’s psychology. But it’s refreshing to see this narrative subverted in the rise of female-led crime series like Dead to Me. In these shows, the women play neither the victims found in true crime stories nor the heroic detectives in fictional crime shows. Dead to Me doesn’t allow its leading ladies to accept victimhood or sainthood. They aren’t any more above resorting to violence. These shows ask what would these women do if pushed too far? The answer: the same as everyone else. They get angry. They fight back. They do bad things.

So say farewell to the Mary Sues and hello to the Jens and Judys, to the women we’re not sure are good or bad.

Now, women are committing crimes often reserved for men on shows like Peaky Blinders, Breaking Bad and Dexter. These acts include stabbing someone in a fit of rage (Dead to Me), manufacturing drugs (Orange Is The New Black) and holding up a store at gunpoint (Good Girls). Women’s foray into this genre is a step forward in representation, especially as feminism is about how women are the same as men—in all the good and the bad. And women are finally getting a multi-dimensional exploration of our bad, an understanding of our own psychology and motives (like in the aptly titled Why Women Kill). Regardless of gender, people are inherently flawed and, in desperate times, can take desperate measures. 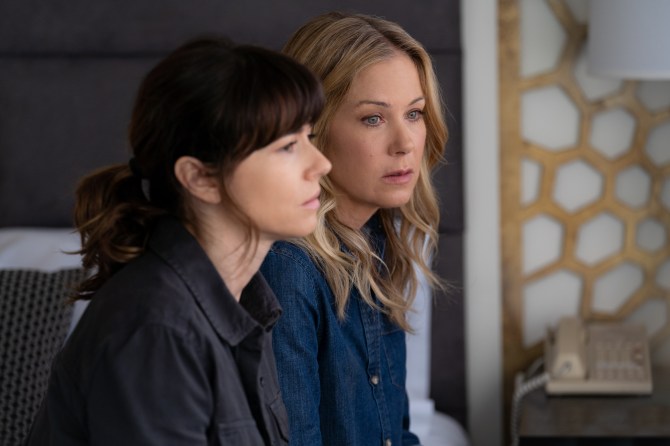 The cherry on top is that it’s clear these women are guilty of their crimes—there isn’t any sugar coating this fact. Jen and Judy aren’t excused for their behavior or hailed as leaders of female empowerment. Dead to Me drops us into a complex tale of questionable choices and gray moral areas, without rationalizing the actions these women take in an attempt to excuse them. We root for them because we see, to a degree, ourselves in them. Judy is relatable as the people-pleasing “good girl” society expects women to be. Jen is relatable as the “angry bitch” society maligns us as if we lash out; her rage is deemed “terrifying” even by pastors of grief support groups.

Jen and Judy shed the ‘good girl’ image and go beyond the ‘angry bitch’ to just be.

Time and time again, both women try to be the good caretakers they’re expected to be, and their crimes are usually committed under duress. Still, we’re not asked to condone their actions. Judy deceives Jen in order to be there for her while Jen hides Steve’s body to keep custody of her young sons. Despite their good intentions, we see the negative consequences their actions have on the people around them, like the toll Steve’s disappearance has on his family. We simply buckle up and join their rollercoaster ride of fear and guilt (an emotion women often feel more than men) without judgment. 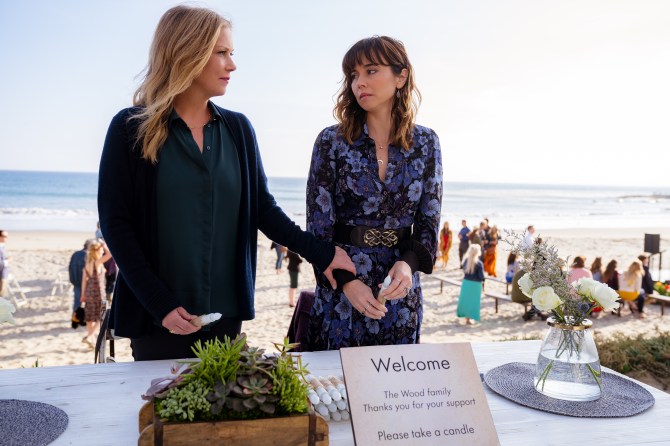 By not expecting them to be any better, we relieve some of that pressure on ourselves. We are here to see them implode and watch them with a glass of wine, muttering, “Been there” (hopefully not followed by “done that”). Much like how Jen tells Judy to stop apologizing, Dead to Me says it’s OK if we’re not the good girls we were raised to be. It gives us the permission, even if we aren’t perfect and make mistakes, to determine our own actions and reject circumstances in which we feel trapped. Dead to Me does a good job promoting this message: that women can rise above victimhood without glorifying vengeance and violence. Their extreme reactions only serve to make Jen and Judy seem more human; nothing in the pain and guilt they experience make us view them as role models—and that’s fine by us.

In an unconventional burst of feminism, women are not only the do-gooders and the victims but also the conniving criminals and perpetrators. With Dead to Me, Jen and Judy shed the “good girl” image and go beyond the “angry bitch” to just be. Be women. Be human. Even if it can get ugly.

So say farewell to the Mary Sues and hello to the Jens and Judys, to the women we’re not sure are good or bad, but we root for them just because they’re trying their best (and failing terribly).