When Dead to Me season 1 premiered on Netflix in May 2019, it became an immediate fan favorite for its dark story about a woman who becomes friends with the widow of the man she killed in a hit and run. With the second season days away, a Dead to Me season 1 recap should refresh our memories as to what happened to Jen and Judy.

Let the recap begin: Season 1 started with Jen at a grief support group meeting after her husband, Ted, was killed by a hit-and-run driver near their home in Laguna Beach, California. At the meeting, Jen meets Judy, whose fiancé Steve is also dead. Jen and Judy become close friends, but when Jen visits Judy at where she thinks is her house, she learns that Steve is still alive and Judy has been lying to her. Judy apologizes and explains to Jen that the grief meetings are for her miscarriages, which led to her and Steve’s breakup. Steve, who is working with Jen to sell his house, files a restraining order against Judy. We also learn, via flashbacks, that Judy was the driver who killed Ted in the hit and run and Steve was in the passenger seat and encouraged Judy to keep driving. Throughout the season, Jen also investigates random cars for what she thinks may be the vehicle involved in the hit and run. Little does she know, Judy and Steve are keeping the car in a storage unit.

Jen and Judy remain as friends. After Jen vandalizes a car near her home because it was speeding, Judy takes the blame for Jen when the police come to investigate. Steve bails Judy out of jail and tells her not to confess to Ted’s murder. Along the way, Jen and Judy also discover that Ted was having an affair and that he wasn’t the dream man that Jen had remembered him as. Jen and Judy also meet Nick, a police detective, who Jen tasks to solve Ted’s hit-and-run case. Shandy, the girl who discovered Ted’s body, gives Jen a piece of the car that she found at the scene. Jen takes the piece to the police, who determine that the part belonged to a 1966 Mustang. While this is happening, Judy also goes back to the storage garage to check on the car, only to discover that it’s missing. 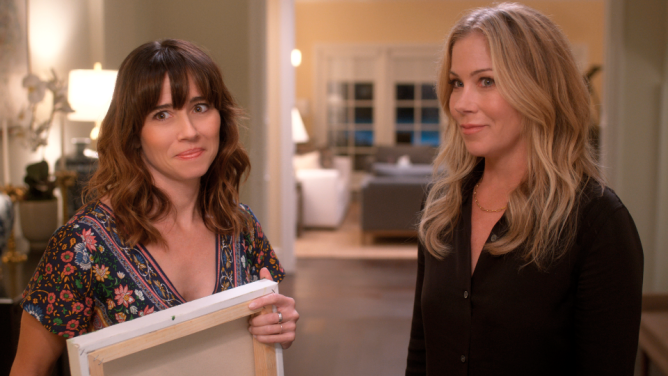 Jen, Judy and Nick visit homes registered with 1966 Mustangs, but don’t find any luck. On his own, Nick discovers that a 1966 Mustang is registered to Judy and Steve’s art gallery. When he visits the art gallery, Nick interrogates Steve, who denies knowing anything about the car or the hit and run. Nick, who believes Steve was the driver, tells Perez, the police officer in charge of the case, about his theory, but Perez doesn’t think Nick has sufficient evidence. Angry at Steve after she learns that he’s in a new relationship, Judy goes to Perez turns Steve in for money laundering via his art gallery. Viewers also learn that Jen and Ted had a fight the night he died and she blames herself for his death.

In the second to last episode of the season, Judy tells Jen that she killed Steve. Jen tells her to die and cleans out her guest house of Judy’s belongings. Jen tells Perez about Judy’s confession, but Perez doesn’t do anything as it would interfere with her investigation of Steve. Devastated over the loss of her friendship with Jen, Judy empties her and Steve’s shared bank account and gives the money to Jen. When Steve finds out what Judy has done, he goes to Jen’s house to look for her. Steve then confesses that he was in the car the night that Ted died. The two get into an argument and Jen draws a gun Steve. Judy, who is about to commit suicide over the guilt she felt over Ted’s death, receives a call from Jen. When she rushes to Jen’s house, she sees Steve’s dead body floating in Jen’s pool.

Dead to Me season 2 premieres on May 7 on Netflix.