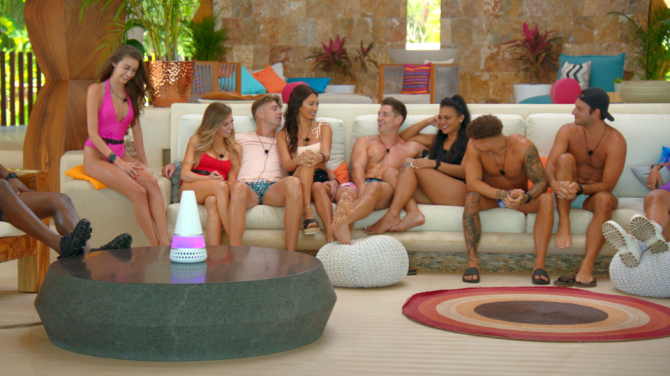 David was one of the OGs on Too Hot to Handle. However, after failed romances with Rhonda and Chloe, he almost lost hope on finding love. Then Lydia came on episode 6 and changed everything. By episode 7, Lydia and David had already kissed and they were on their way to becoming one of the cutest couples on the show. In the end, David and Lydia left together after Lana, an Amazon Alexa-type device that controls the contestants, told the cast that the rules of the game were over and they could now be intimate with each other. Of course, David and Lydia celebrated with a kiss. But are they together now?

We have good news! Both David and Lydia follow each other on Instagram. While that doesn’t confirm their current romantic relationship, it’s a good sign. David and Lydia have also flirted with each other—a lot—on Instagram since the show premiered. On a recent workout video David posted, Lydia responded, “When we working out?” with two big eye emojis. She also commented on another selfie of David, writing: “Y u so cute 4???” David, for his part, has also been flirty. On Lydia’s recent butt selfie, David commented, “Yeh it was definitely your eyes I saw first.” In another post, where Lydia asked her followers to guess what Lana would say about them, David responded, “She would say daaaaaamn.”

While neither Lydia nor David have confirmed their relationship, we think it’s safe to say they’re still together. So far, Too Hot to Handle has proven to be a success!