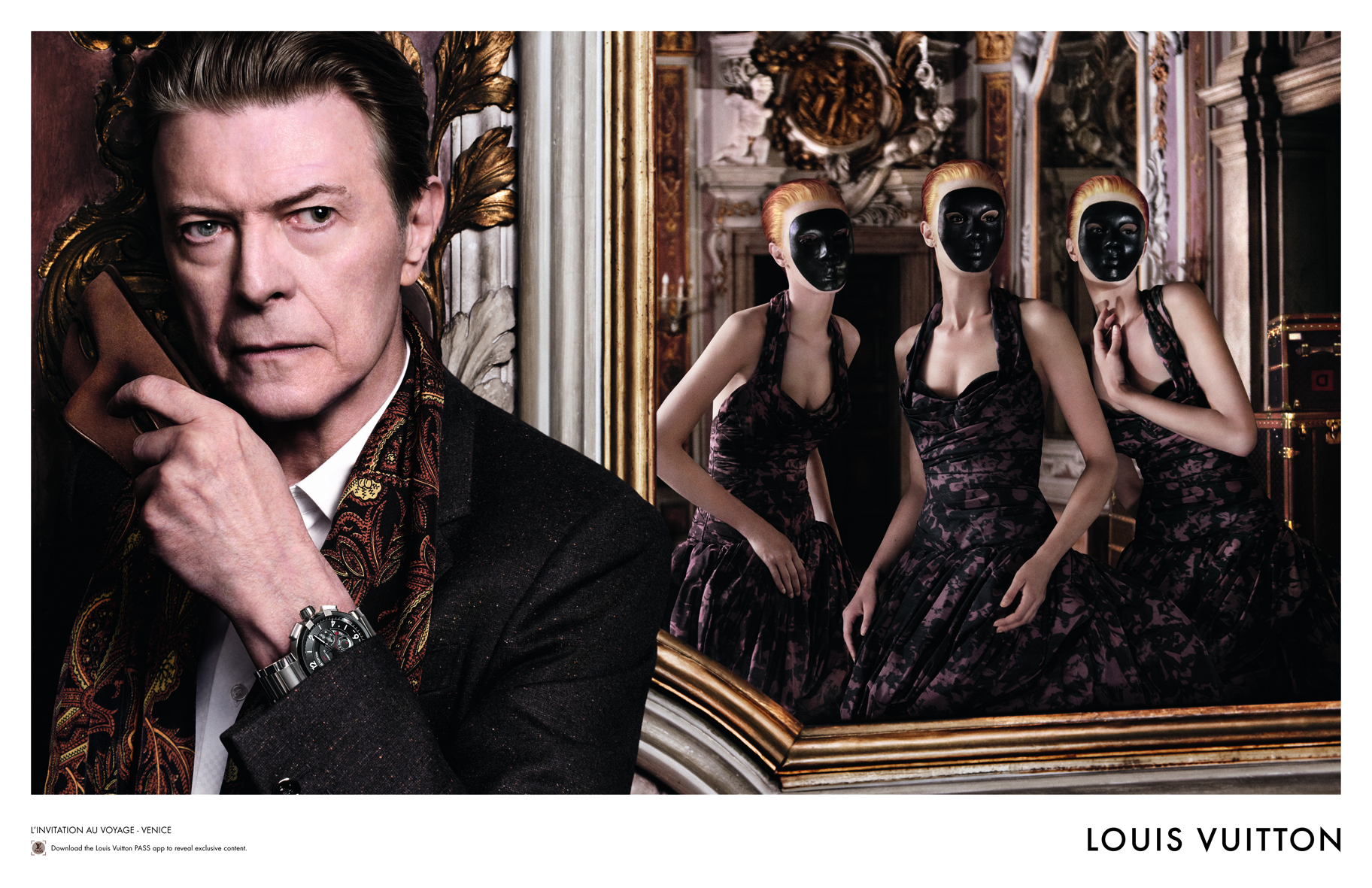 The images, which will debut in the November 2013 issues of magazines worldwide, are actually stills from a yet-to-be-debuted video campaign for the brand. In the clip, Bowie stars alongside model Arizona Muse, whom he lures into an ancient Venetian palazzo by playing a re-worked version of his song “I’d Rather Be High” on a harpsichord.

MORE: Why Marc Jacobs Is Leaving Louis Vuitton After 16 Years

While the video isn’t out yet, the images have been released, and they are stunning. Bowie’s iconic mismatched eyes (and one perfectly sculpted eyebrow, we might add) are front and center as he removes his mask, and he looks dapper as ever in a classic Vuitton tweed and patterned shawl. (Perhaps he’s been taking some modeling tips from his wife, supermodel Iman!)

MORE: Michelle Williams Is The New Face Of Louis Vuitton

We, for one, love the year of Bowie that 2013 is shaping up to be, as well as the rock-aesthetic the fashion industry seems to be trying to adopt. 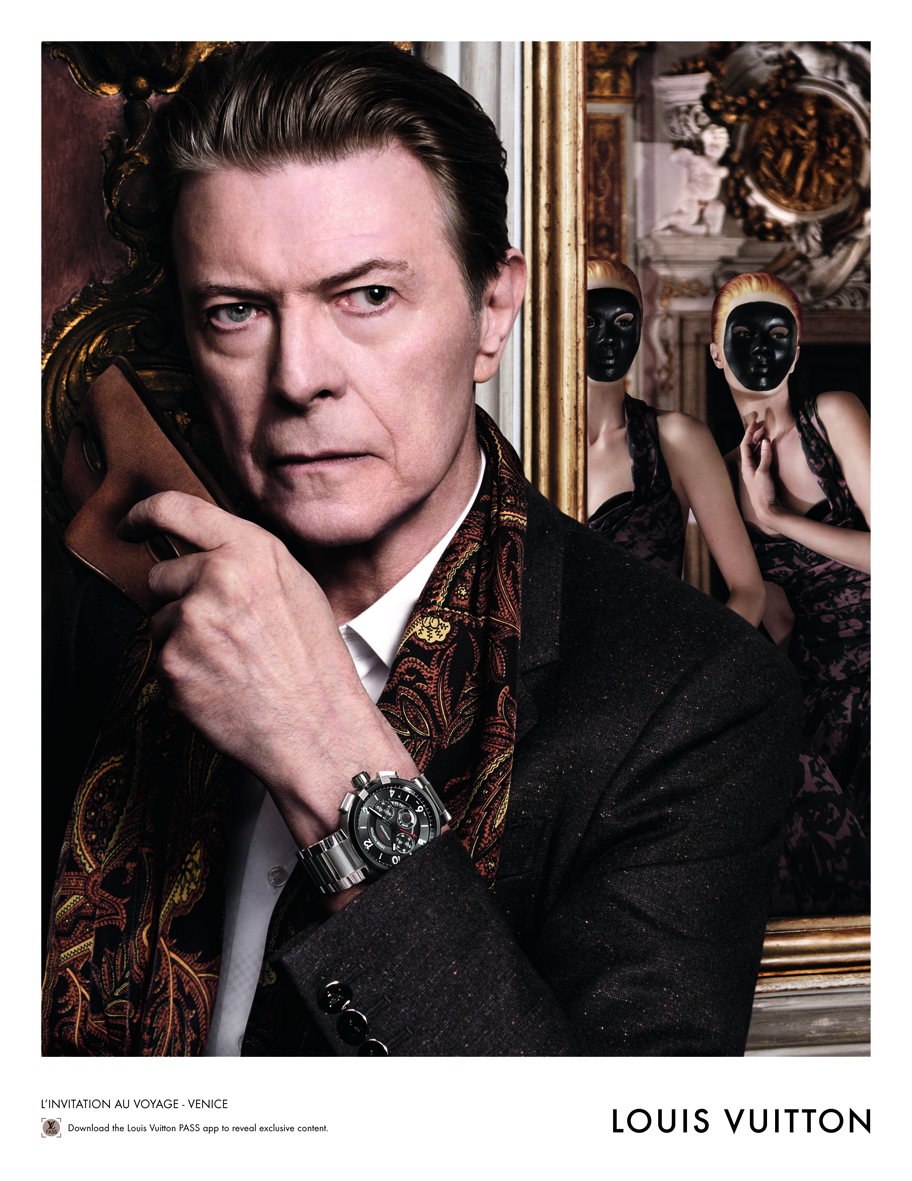