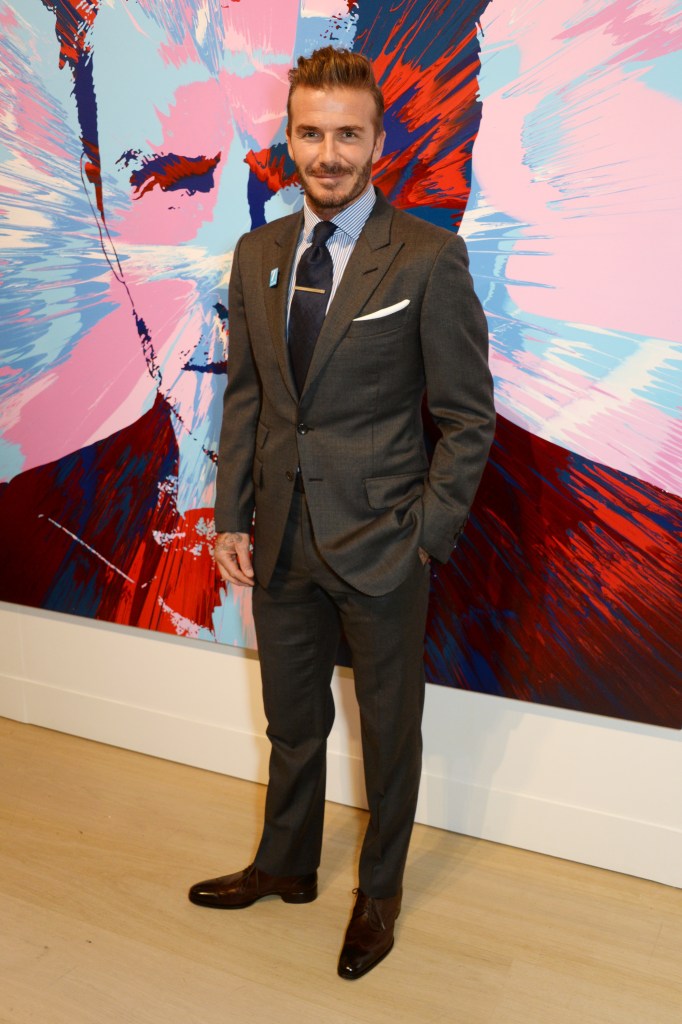 David Beckham, he who has chosen to accent his rock-hard body with plentiful tattoos (including two full sleeves), just debuted new ink on his Instagram, and it’s a stunner—in the truest sense of the word. The black-and-white image is a replica of “The Storm,” Pierre Auguste Cot’s 1870 painting of lovers taking cover in a rainstorm, and it takes up his inner right ankle and half of his perfectly toned side-calf.

This is the first visible tattoo on Beckham’s legs, probably a harbinger of tats to come; perhaps he has run out of room on the rest of his body. He shouted out the artist, Mark Mahoney, of Hollywood’s Shamrock Tattoo, who seems to specialize in portraiture, from the looks of his portfolio.

The Daily Mail has previously reported on the significance of Beckham’s many tattoos, which include references to his four children and his wife, Victoria; religious phrases and images; and a phrase Jay Z once said at a concert (“dream big, be unrealistic”).

No word on whether Beckham’s left ankle will house Cot’s earlier work, “Springtime,” of similar lovers cozied up on a tree swing, but here’s hoping. If you want to see the real thing, get thee to New York’s Metropolitan Museum of Art, where both oil paintings are on display.