Anyone who’s been in a serious long-term relationship knows the journey isn’t without certain challenges, and when you’re dating an older man—we’re talking a decade or more—things can get even trickier.

I know this firsthand, as I’m 25 years old, and I’ve been dating an older guy nearly 15 years my senior for almost four years. While you figure out the math, let me be clear that I’ve met several other women in their early- to mid-20s who also prefer to date from a much older pool for various reasons.

And while cliché dictates that, sure, men are into it, there’s been some recent research done about why younger females often gravitate toward mature men. Evolutionary psychologists say that relationships like this often occur because while fertility lasts only from puberty to menopause in women, it starts at puberty and can extend long into midlife for lots of men. That means there’s a strategic advantage for women to snag an older gent—he’s had more time to accumulate resources and stability than his younger counterparts, which could make him a more viable partner and father.

Now, I’m not saying these are conscious reasons why I’m dating a man quite a bit older—there have been several moments when I’ve thought that going out with someone closer to my age would be much simpler. I even tried it when my boyfriend and I took a short break, and I found it was painstakingly difficult and more complicated than my experience dating an older guy.

You know what I’m taking about. The texting games (How long should I wait to text him back? Why isn’t he texting me back? Should I not be the first to text? It’s exhausting), the fear of commitment that plagues most twentysomethings, and the simple fact that most guys my age aren’t as emotionally mature as I am.

It can be tough when you and your older partner can’t share childhood commonalities (dude’s never read a Goosebumps book!?), but the benefits can certainly outweigh those little things. That said, there are not-so-little things that can cause friction too. Keeping in mind what I’ve learned from my own relationship and anecdotes I’ve picked up from women in similar situations, I’ve outlined the perks and challenges of dating an older man.

He’s often financially stable. I get asked a lot of questions about my boyfriend’s finances (why else would I date someone much older, right? Ugh.). It’s not actually anybody’s business, but I can tell you that I’ve never dated anyone because of money. In general, there’s a stigma that a younger woman dates an older man because he’s more powerful and can essentially take care of her.

And while that may be true for some, a 2010 study by the University of Dundee in Scotland found that as women become more financially independent, their taste may skew toward older (and better-looking) men. What does that mean? As a woman becomes more confident in her own career and finances, she seeks a partner who matches that, which often is not a 25-year-old guy.

To be clear, my boyfriend isn’t rich, but he’s picked up one important habit over the years: investing. I have to admit it’s comforting to be in a serious relationship with someone who’s somewhat financially responsible (read: less impulsive). From what I’ve gathered, a man in his 20s is more likely to blow his cash on frivolous things, while men in their 30s and are likely to save money for the future or for experiences, like a romantic vacation (wink, wink).

No more texting games. “He texted me an hour after I texted him.” “What should I text him back?” Sound familiar? I can still remember the days when I’d utter those words and essentially have an anxiety attack every time my phone buzzed and it was a guy my own age I’d been casually seeing. When I first started dating my boyfriend, it threw me off when he didn’t text me, but—wait for it—called me instead.

And continued to call when he said he would and replied to messages fairly quickly. In general, dating games are rather boring to a guy who’s probably had his fair share. This alone is a reason why I refuse to go back into the dating pool with guys my own age. 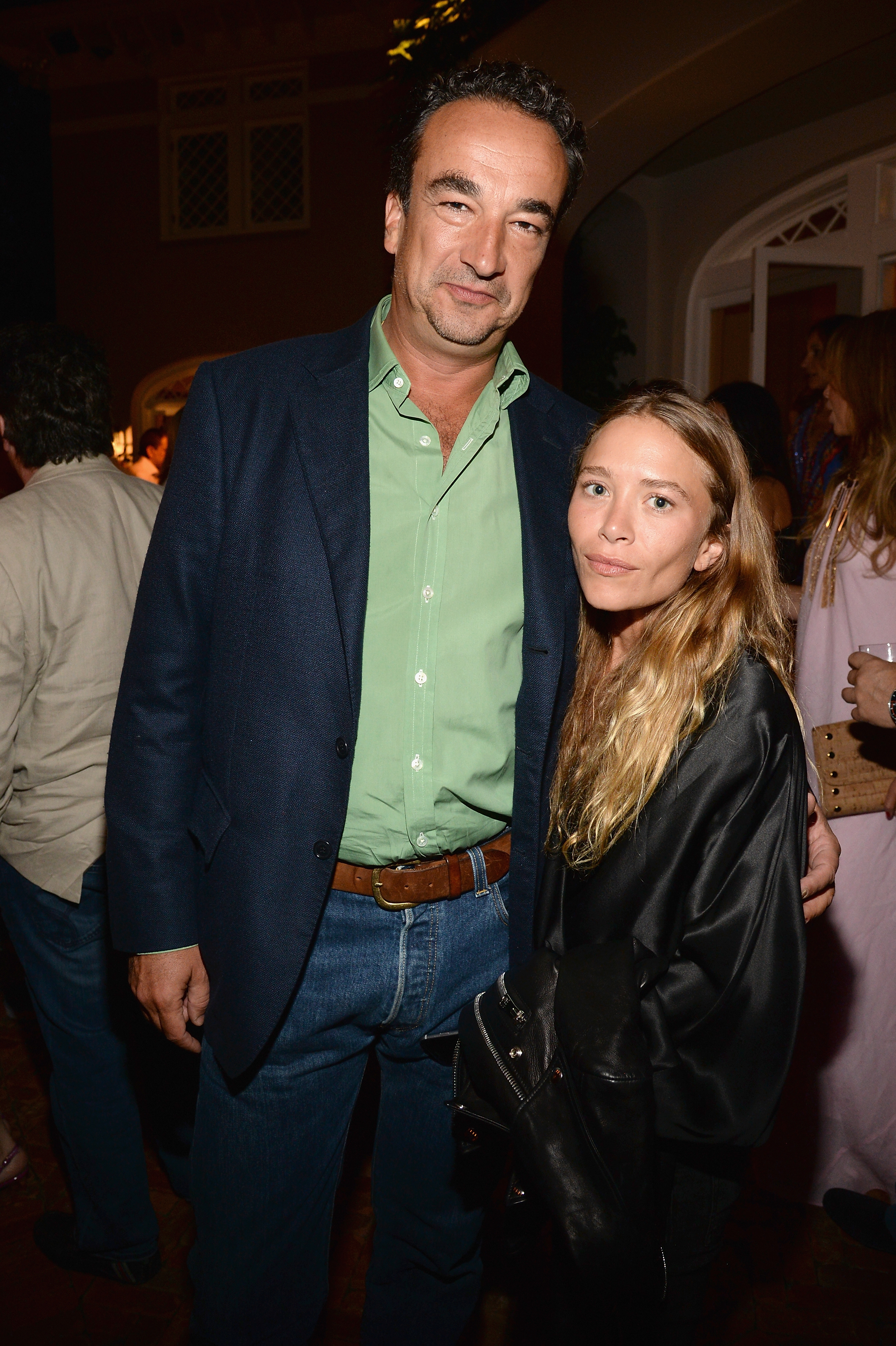 His confidence gets major points. When I’m out, the guys I seem to attract are generally in their mid- to late-30s. Rarely do younger guys approach me. To find out why, I asked a straight twentysomething male friend, who pointed out that younger guys are simply intimidated. After all, going up to a total stranger in a bar and making an impression isn’t easy, and it takes a certain amount of confidence, which often comes with age.

Persistence also takes confidence—my boyfriend extended three invitations before I finally agreed to get coffee with him. As Aaliyah once said, “If at first you don’t succeed, dust yourself off and try again.” Older men know this.

He’s chock-full of knowledge. I won’t lie: It can be annoying at times dating someone who has “been there/done that,” but it can also be helpful when your partner can use his experiences to guide you. I can recall numerous situations—work issues, arguments with people—that my boyfriend was able to help me with based on his own mistakes and victories. Plus, when it comes to things like taxes, real estate, and life hacks that you pick up over time, an older guy can be a goldmine of useful information.

Jealousy takes a backseat. I dated a guy right before my boyfriend who was really … clingy. I’m the kind of girl who looks up to independent women, and I tend to put my girlfriends before dating. He just didn’t get that and wanted to be around every second. I don’t necessarily think that he wanted to hang exclusively with me all the time, but I think he felt insecure that I’d meet other guys when I went out with friends.

One thing I’m incredibly grateful for is not having to deal with jealousy in my current relationship. Sure, it occasionally happens, but my boyfriend understands that being in a codependent relationship leads to all sorts of trouble and that spending time apart sometimes is key.

Getting awkward questions (wait, how do you know each other?!). I find it difficult to explain to people how my relationship came to be. I’m often asked how we met—and not in a giddy kind of way (it’s more like concern). People are shocked when I respond “mutual friends.” How could a girl in her early 20s be friends with people in their late 30s? Well, I was (and still am) friends with a select crew of musicians and creatives in Los Angeles, and my boyfriend happened to be a part of that scene.

I get the impression that people outside my inner circle wonder if I’m lying and that maybe he picked me up at a hotel bar or something cliché like that. Other inquire whether I was purposely seeking an older man when I met him. (Spoiler alert: I wasn’t.)

Introducing him to your family won’t be easy. I was dead nervous to reveal my boyfriend’s age to my parents, so much so that I stalled introducing them for six months. If your family is fairly protective, especially your dad, it can be a pretty nerve-racking conversation. What helped me most was talking about how wonderful he is a lot leading up to their meet and asking my older sister to talk to them too.

You can’t expect him to drop his life to chase your dreams. Starting out in the fashion media industry isn’t an easy task, especially when you have zero connections. That’s where I was when I first met my boyfriend. I was a fresh-out-of-college aspiring digital fashion writer with no clue on how to break in. My boyfriend had been steadily working in his field for years, so it was hard to get him to understand things I felt I had to do in order to find success in my field.

Luckily, my boyfriend understands how important my career is to me, so there was never a question if I wanted to take chances like moving back and forth from Los Angeles to New York for amazing opportunities at dream companies or postponing planned dates because there was an event or story I needed to cover. But being with someone who has an established career and fully formed network hasn’t made it easy.

I’m aware that he will probably never move back to the East Coast, and I sometimes feel like I’m constantly straddling the line between doing everything I can to succeed in my career and maintaining my relationship. 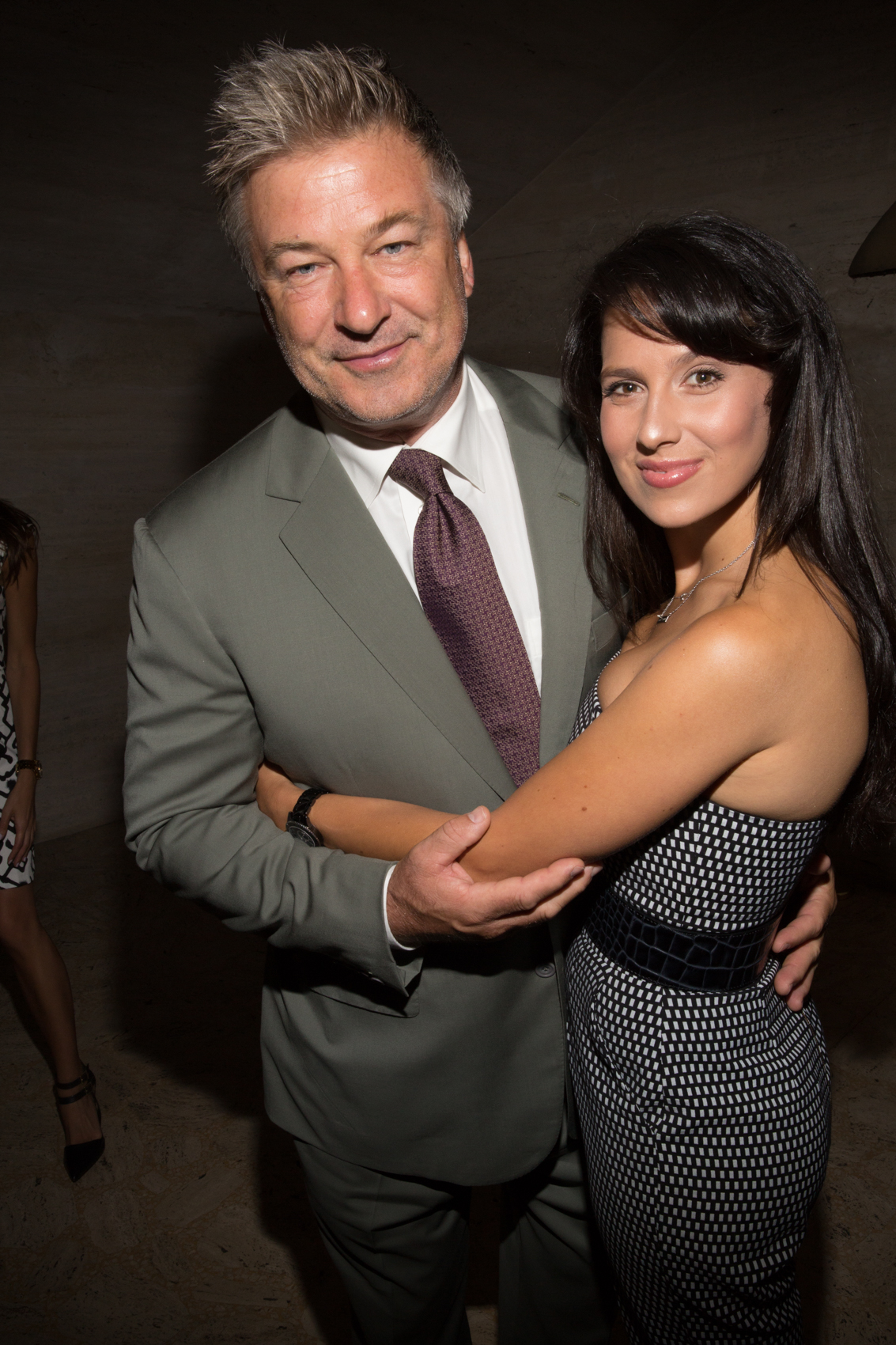 Get used to the fact that he’s lived a whole life before you met. While I don’t have to deal with an ex-wife, stepkids, or any other ties to a former personal life—I don’t think I’d be able to handle that kind of responsibility yet—I know it can be a huge challenge for women who are in that situation. If your future with your boyfriend is important to you, these things might take a lot of talking and compromise to fit into your current life.

Your friends are very different. “You can bring [insert boyfriend’s name] if you want, but he might get bored.” I get that a lot. It doesn’t come from a negative place on my friends’ part, but they often don’t know how to react to my bringing someone who’s significantly older than them. I’ve done it, of course, and have witnessed some awkward exchanges between their twentysomething boyfriends and my own. It’s just something to get used to.

I won’t take him to a house party where Two Buck Chuck flows like water, but I will bring him along for some casual bar hopping. The same is true for me with his friends—I get bored sometimes hanging out with his friends’ girlfriends and wives. But it’s great to know the people that he considers his second family, to interact with friends that have witnessed him grow over the years, and to learn more about him through them.

As tricky as it can be at times to maintain your sanity in a relationship with someone older, if you love the guy as a person then it’s worth it. Not only has it taught me patience (which isn’t easy), but I’ve always been free to express myself and simply be me. He’s accepting.

Plus, it’s opened me up a whole network of people I wouldn’t have met and experiences I wouldn’t have otherwise had, which I feel has matured me a bit too. That’s not to say that I don’t act my age (trust me, my friends have the Snapchats to prove it), but I like that my relationship allows me to grow into the person I want to be.