Some of us (my hand is raised) are spending our socially-distanced days single as ever, swiping on Hinge or using this time to focus on relationships with friends and family, ditching the idea of dating during quarantine altogether. Others are quarantining with their lovers, forced to be together 24/7 and see if the experience will make or break their bond. Probably the smallest group of people are those who came into quarantine single, but will leave as part of a couple, which is why I was shook to my core when my friend, Connor, mentioned he’d started hooking up with another plantonic friend mid-pandemic.

I had just about a million questions, ones he answered over whispered phone calls while she sat in the other room. Does a quarantine friend-with-benefits have special rules? What happens when (in their case) it blossoms into a full-fledged relationship? Most importantly, what’s to come when stay-at-home orders lift and society assumes a new normal? Single as I am, I can hardly picture it.

You can imagine my surprise when they agreed to tell me—and everyone reading this—the deets. I expected them to balk at my request, but they generously agreed to tell their story in their own words, and it’s juicy AF. Read on for the story of boy meets girl, boy befriends girl, boy and girl get quarantined together and fall head over heels.

Meredith and I became friends at the end of last summer. Over the past few years, my job has allowed me to live in several cities, and my most recent move took me from Denver to Boston. My only connections in the city were a high school ex-girlfriend’s younger brother (not ideal) and friends of friends who had gone to college in the area. My former-roommates in Denver knew a girl, Meredith, who lived in Boston, so we connected and met up for tacos. She became one of my first and closest friends in the area.

I met Connor through two of my best friends from college, who were his roommates in Denver. My friends had texted me that Connor was moving to Boston and I should befriend him, so after attempting to get together for a couple of weeks, he agreed to meet up with my friends and I for tacos. He ordered a pitcher of margaritas for the table, and his generosity scored him an invite to our beach day the next day. From then on, he was part of our friend group.

How They Saw One Another

Meredith is tall, blonde, cute, awkward-funny and competitive like me. At school in Boston, she was a four-year athlete on one of the nation’s top rowing teams. We shared a lot of playful banter, and there was always sexual tension between us. Still, I had a strict rule about not hooking up with friends. Besides, all the traveling I’d done for work had made me a serial dating app user—Meredith became a reliable confidante for my dating life, which consisted of around two or three Hinge dates per week.

Connor works for a private equity firm, and his work ethic is tireless. He is unapologetically himself and I am never not smiling or laughing when I am with him. Our friends always joked that we acted like a couple, but I always felt the friendship was too important to risk anything sexual. We were content to stay friends, and I helped him through his dating troubles and enjoyed our regular taco nights. 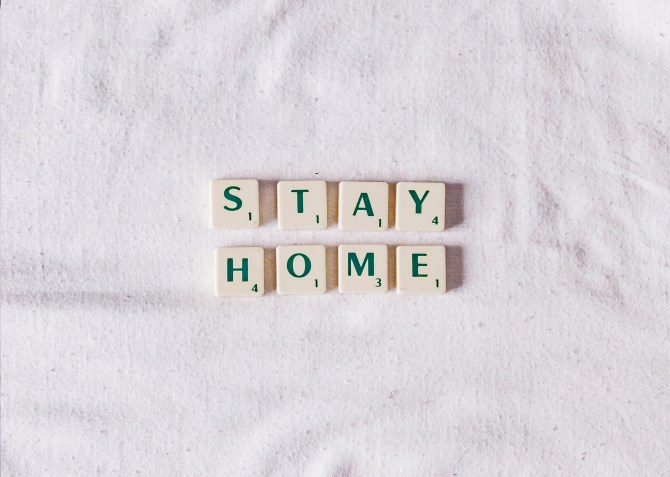 Heading into early March, I was seeing two girls. The weekend before stay-at-home orders began, I moved into a brand-new apartment, and of course, Meredith was the friend I called on to help me settle in. After quarantine began, we decided that Meredith should live with me while we waited things out. My new place was much closer to her downtown office than her own apartment, and she could avoid using the train to commute to work. Plus, if we had to stay inside, at least we’d have each other, right?

One of the girls I was seeing went to her family home in Greenwich (as Connecticut girls tend to do) and our communication fizzled out from there. The other remained in Boston, and for a couple of weeks, I would risk the 15-minute jog to her apartment from my place.

When the COVID-19 panic started to hit and quarantine became imminent, Connor and I talked about me temporarily moving in. He will tell you it was to allow me better access to my job, but really, it was because he knew he would go stir-crazy alone in his apartment. So, I helped him move into his new place and then moved myself in, too.

The first few days of living with Meredith were definitely a weird adjustment. We both felt like we were in one another’s way because of our different work schedules, but it was really nice to come out of my room after work and have one of my best friends there. Whiskey and wine led to picking TV shows and movies, which led to cuddling on the couch after dinner.

What really stood out to me was that none of the little things she did in day-to-day life bothered me at all. I just felt comfortable around her. I knew my long-term ex’s habits would’ve been driving me crazy at that point.

It was definitely an awkward adjustment. I struggled with living in someone else’s space and trying to both be respectful and make myself comfortable. But somehow, we were making it work and not completely driving each other nuts.

I’ve always had a rule about not hooking up with friends. I feel like the fun of a one-night thing isn’t worth the risk of messing up a good friendship. For me, the decision to hook up was definitely the result of the building sexual tension between us. It also started to seem like we’d be quarantined together for a long time, and the potential upside of hooking up would outweigh the risk of things getting weird.

The decision to start hooking up came after a movie night on the couch with drinks and cuddling. It just happened! The next morning we woke up and went about the day as usual. We didn’t actually talk about it until later that night when I asked him where his head was at.

Was it a one-time thing? Did he have feelings for me? Did he want to start hooking up for real, or keep things casual? I was prepared to follow his lead—what I didn’t tell him was that I already had feelings for him, and that I had felt this way for a while. I had a gut feeling that once we started hooking up, our friendship couldn’t remain the same.

After the first time, we decided to move forward hooking up casually as friends, on the condition that we remain honest with one another about our feelings to avoid either of us getting hurt. At this point, I stopped hooking up with the other girl I was seeing, but even so, I didn’t see myself developing feelings for Meredith. 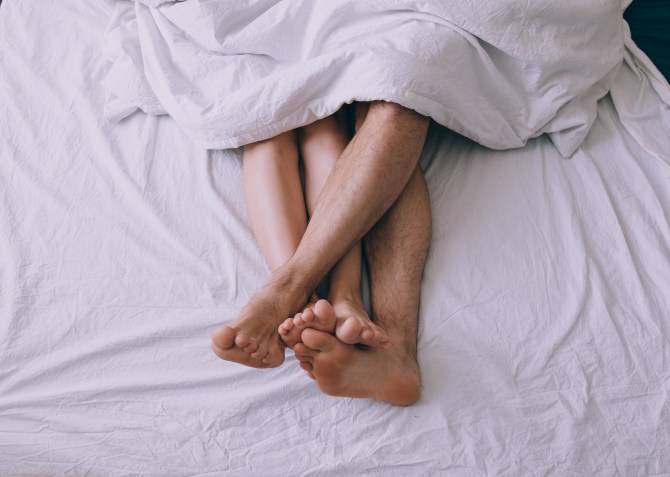 From Sex to Something More

It only took a few weeks of hooking up and spending more time together for me to realize a deeper attachment was forming on my end. Even though I’m a bit of a commitment-phobe, I started to get excited to see where things would go. Meredith moved into my room and slept in my bed every night (as opposed to one of us sleeping on the couch) and all was well. Still, I knew if we intended to move forward, we had to be on the same page about not just walking away when quarantine was over.

This went on for about three weeks, until my family wanted me to come home to Chicago to quarantine with them. I wanted to see them, of course, but because my mom is immuno-compromised I was hesitant about traveling and potentially carrying the virus to them. Still, I was considering leaving, and when I talked to Connor about it he let me know that he wanted me to stay.

Prior to now, it had always been assumed that at some point I’d move out, and we would go back to being just friends. When he said he wanted me there, I took it as an opportunity to reevaluate what we were doing. I was starting to have stronger feelings, and I knew if he wasn’t interested in exploring a real relationship, I would need to go back to Chicago and get some space. We talked it out, and together we decided to make things official.

I don’t think I realized how much better our relationship would get once we made things official. Keeping each other at an arm’s length had been a stressor I couldn’t even see. Now, it’s so easy to appreciate all the little things I love about her.

A few weeks of constant exposure dramatically changes the way you feel about a person. My main fear is that I know this is a bubble; real life doesn’t put you in close quarters with someone 24/7. We laugh about our friends that are in relationships and starting to lose it—but when the world returns to normal, will things be the same for us? I’m not sure. As long as we communicate, I’m glad I get to spend this time with my best friend, and I’m excited to see what the future holds for both of us.

We both share concerns about starting this new part of our relationship in the quarantine bubble, and wonder how it will hold up in the real world. We’ve even discussed whether we should continue living together when stay-at-home orders lift. But for now, we are still eating tacos, sarcastically yelling at each other and binge-watching as much HBO as we can. And I’m looking forward to seeing where this goes.

News about the Coronavirus is unfolding in real-time, and while we make every effort to ensure our content is accurate, some of the information in this story may have changed. For the most up-to-date news on the pandemic, please go to the CDC or WHO websites. For the latest from STYLECASTER, visit our Coronavirus hub page.