There’s a scene in the second episode of Dating Around, Netflix’s new reality series in which singles go on blind dates with five complete strangers, that I had never seen on a dating show before. It’s when Gurki, an Indian-American woman, cuts her date short with Justin, a white guy, after a disagreement over her past marriage and the pressure she felt as the child of Indian immigrants to marry her high school boyfriend, despite her doubts.

“So this is like an Indian thing,” Justin tells Gurki when she explains that what they’re experiencing is a “culture clash.” “It’s very cultural thing to not understand the societal pressure on getting married,” she says, explaining that her parents had an arranged marriage and met on their wedding day. The scene escalates with Justin accusing Gurki of lying to her ex-husband and “ruining eight years of her life” before he huffs and puffs and leaves her alone at the bar.

When I first saw the scene, via a video on Twitter that has since gone viral, I was struck by how it captured the complexities of interracial dating. The scene went beyond the surface level of exotic foods and skin color and dove into the cultural differences in family and values that every interracial couple has dealt with. As someone who’s been in an interracial relationship for three years, it was the first time I’d seen something like that on a dating series—a space that has been dominated by a white-centric reality show for 17 years.

Though The Bachelor and The Bachelorette have had contestants of color before, very rarely has the show highlighted cultural differences between contestants. Its best attempt was in season 21 of The Bachelorette with Rachel Lindsay (the series’ first and only Black lead), and even then, the season seemed to focus more on the manufactured drama between a racist contestant and his Black competitors than take full advantage of Lindsay’s role as the first lead of color in The Bachelor franchise’s very white history. 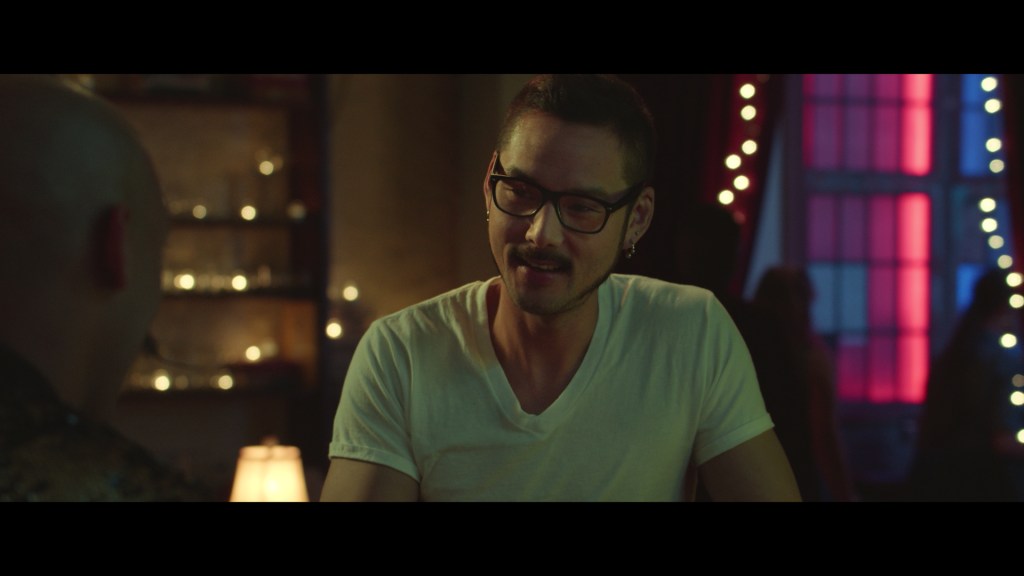 Executive producer Alycia Rossiter, a former producer for The Bachelor, seemed to want to change that with Dating Around, a show that featured several LGBTQ contestants and contestants of color in its first six episodes. (Half of the first season’s leads were either queer or people of color.) But beyond featuring a diverse cast, Dating Around took representation to the next level by actually allowing its contestants to talk about subjects like coming out, immigration, parental pressures and cultural expectations for marriage. As hard as it was to watch a white man berate an Indian-American woman for how she navigated her culture’s expectations, the moment was real, especially for those who have dated someone understand their culture and the weight it has on their decisions.

Unlike The Bachelor, which often neutralizes the experience of its contestants of color and uses them for the simple cause of “diversity,” Dating Around shows what real-life conversations are like between interracial couples. The show’s suitors aren’t blank canvases there to make the series look—but not sound—diverse. Nor are the creators concerned with editing out what they have to say. The show’s suitors are members of the LGBTQ community and people of color whose identifies have shaped their experiences, and thus, how they introduce themselves on a first date. That isn’t to say that the show is obsessed with diversity (it’s, of course, a dating show and that should be its main focus), but it doesn’t censor those conversations either.

But Dating Around isn’t perfect. The show, like several of Netflix’s culturally resonant reality series, starts with the experience of a straight white man. Though it represented age, race and gay and lesbian suitors, there were no trans daters. The show also lacked in representation of non-binary folks and those who are disabled. Still, the show is miles ahead of The Bachelor, which took years to feature a contestant of color in a meaningful way and has yet to do the same for an LGBTQ contestant, and Dating Around is only in its first season.

Diversity isn’t the same as representation, and Dating Around is an example of that. The show has its imperfections, sure, but it’s headed in a positive direction for those who are not straight and white and have cultural experiences to talk about, even on the first date. The show is a fresh, fun reality series that has made a crack in The Bachelor’s dominance and carved out an audience who want to see a reality (or as much as a dating series allows) and not a fantasy. Dating Around’s agenda is to show how real people date in modern day, and if that includes screening one’s blind date to make sure he understands the intricacies of one’s culture, so be it.