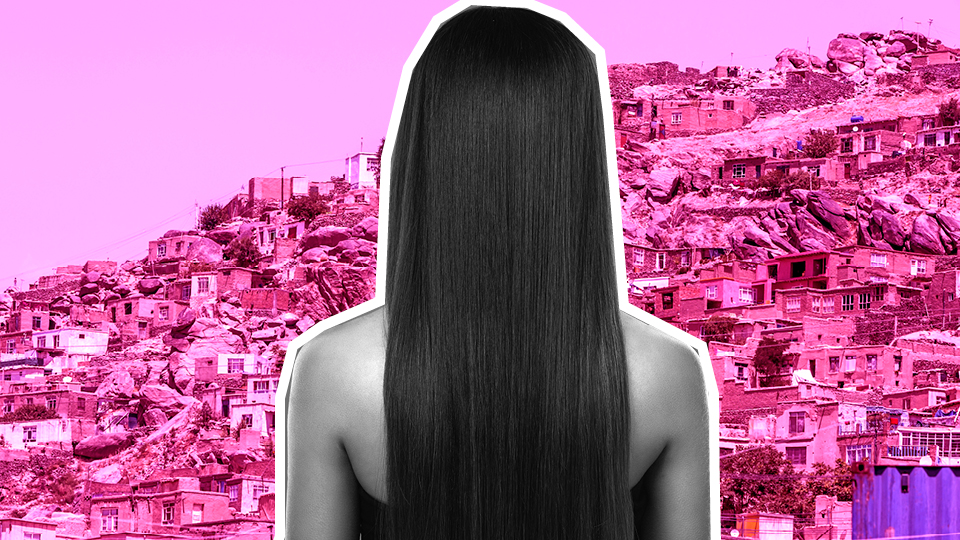 As told to Hannah Hickok by Anonymous (names have been changed)

I was 24 when I moved to Kabul, Afghanistan. After graduating from college in Scotland, I returned to the US but struggled to find a job in the fields I studied: Persian and Arabic. Job hunting from my parents’ house in rural New England, I missed being abroad and craved an adventure. A family friend who is a government-relations consultant had recently launched a small strategic consulting firm in Kabul. I desperately wanted to travel there, develop my language skills, and work in an area related to my degrees—so I convinced him to let me come and assist him.

My experience there was a study in extremes (fitting for me, as I’ve always been an extreme person). Many aspects of life were culture-rich and exhilarating, but others were difficult and isolating. A typical day could include interacting with the Afghan government; dining with clients in front of heaping piles of rice and naan; or going to various embassies, yet—since we lived and worked in a high-security compound for safety—I spent much of my time there, and every opportunity to go out into the city was a thrill.

As I befriended our local and international clients, a new world of Afghan political and social elite opened up to me. I was invited to embassy events, underground NGO parties, and house parties. In conflict zones, people find outlets to deal with the extreme stress regardless of the circumstances. People played poker and cards, used cocaine and weed, and drank a lot of alcohol, which is a sign of power and money since it’s only sold on the black market at exorbitant prices.

It might sound like I had a glamorous life, but there were plenty of days that went by with nothing but work—no social interaction, no walks outside, or going out to grab coffee. Occasionally I’d convince my driver to let me sneak out and buy juice from a stand, but for the most part living there was very isolating.

When I met Hameed, I had been in Kabul for almost a year. I’d had a fling or two with men I worked with, but no relationships. I had flown to Dubai, which is three hours away, to deal with some visa issues. Hameed’s business partner, who I worked with, invited me to join his friends for dinner. He mentioned setting me up with a friend named Milad, but as soon as I saw Hameed, I was drawn to him. He was 38 years old, tall and well-dressed, with mischievous eyes and a strong air of confidence. Of course, he was with another woman—a Canadian named Tiffany. Still, that didn’t stop us from flirting all night. He didn’t get my number, but somehow found a way to message me the next day and ask me out.

Right from the start, we had an intense physical connection. I was more attracted to him than I’d ever been to anyone. He liked that I’d chosen him over Milad, and that I could speak his native language, Pashto, which separated me from the “Tiffanys” in Dubai. He began to contact me regularly and was always incredibly sweet, flirty, chivalrous, and assertive.

MORE: Is Sex Without a Condom the New DTR?

Because of the restrictions in Kabul, we had limited options for being together. I snuck over to his place, or we had quick encounters in his office, where he’d act like he needed my help with something and close the door. We always had a cover, but our close friends knew. One friend owned a house exclusively for partying purposes, and that was where we went to be alone.

Hameed always found ways to touch me and allude to things we would do later. The sexual tension mounted with every secret meeting, so there was huge buildup by the time we slept together. He asked me what I liked, which embarrassed me, because I didn’t know. He was dominant, telling me what he wanted in bed, and saying he wanted to teach me things.

The night after we first slept together, he asked me to go for a walk. That’s when he told me he was married. He said he was forced into an arranged marriage with a relative of his mother’s (yes, a distant blood relative, which is not uncommon in his culture) who had lost her whole family in an explosion. He married her despite being in love with a woman he’d met in the US, where his family immigrated when he was in high school. But in college, he returned to Afghanistan to marry his arranged spouse and became a player, providing for his wife while doing as he pleased with other women—a typical lifestyle for Afghan husbands.

But there was another twist: Hameed reconnected with his American ex years later in Washington D.C., when she was in her 30s. She had never moved on from him and wanted a baby. Saying she was OK with him not being in the picture, she begged him to give her the gift of a baby whom she would raise herself. He didn’t want a child out of wedlock, so he spoke to his first wife, and they agreed that he should marry the American and take on a second family. He now has a total of seven children between both wives.

At the time, I was so swept up by my feelings for him, and by his charisma and intensity. I went along with what he said, even though everything indicated that he was a womanizer. I’m not proud of it, but I also know Hameed made his choices and was honest about them. He told me other things that made me admire him—about building his wealth from scratch and supporting his entire family, and about helping set up a school for orphans in an Afghan province. I chose to keep seeing him—and ironically, it was his other girlfriends, not his wives, who would force me to end the relationship.

About seven months after we started seeing each other, Hameed asked me to come see him in Dubai. Without a second thought, I flew there and waited for his call in my hotel room (our usual routine). Nothing. When he didn’t answer my call, I knew something was wrong. Even though I was afraid to leave my hotel room in case I missed his message, I frantically occupied myself by getting my nails and hair done, shopping for a new outfit, even getting a detox body wrap. Finally, around 8pm the next day, he invited me to “hang out with some friends.”

Always aiming to please, I showed up at his place, where I found him with two women from Tajikistan, one of whom he introduced as his girlfriend. She was 19. I felt physically sick. There I was, being introduced to not a wife, but a younger, skinnier, more exotic girlfriend. I felt so stupid. I think he did it to see how much I would put up with; how far I would go. It took meeting another one of his girlfriends—whom I now know he has at least five of at any given time; one in each city where he travels regularly—to realize that this was really all a game for him. We exchanged emails ending it, but that didn’t last, and led to my ultimate low point: letting him into my hotel room after he’d spent the night out with the Tajiki girls. I knew at that moment I had to stop.

Looking back, I don’t regret my relationship with Hameed—though I do wish I had cut things off sooner. He was the first person I fell in love with, and we both knew it was dangerous. He knew I deserved to be with someone who could give me more, and yet it didn’t feel like a choice. We both felt a strong gravitational pull toward each other, and the fact that he trusted me enough to share his story and flaws only made me love him more. I couldn’t let go until I was forced to out of self-respect.

Though my relationship with him was intense and very painful at times, I think he paved the way for me to be able to experience and fully appreciate a real, committed relationship, as well as open myself up to love. But he also left me with serious issues—specifically, my fear of being one of many women; just an ‘option’ to someone. I feel more guarded now, and don’t let people in easily or quickly.

I now live and work in Washington, D.C., and have a platonic relationship with Hameed. It’s amazing to believe that it’s possible, but it is (for now). He texts me on holidays, wishes me well, and even occasionally offers me jobs. I actually saw him recently: I arrived at the party, this time spotting a beautiful 19-year-old Moroccan woman on his arm. Hameed gets older and the girls get younger, but he’s consistent—and I know if I ever wanted an adventure or a game again, he’d be available. But something tells me I won’t.