MORE: What to Wear on a First Date 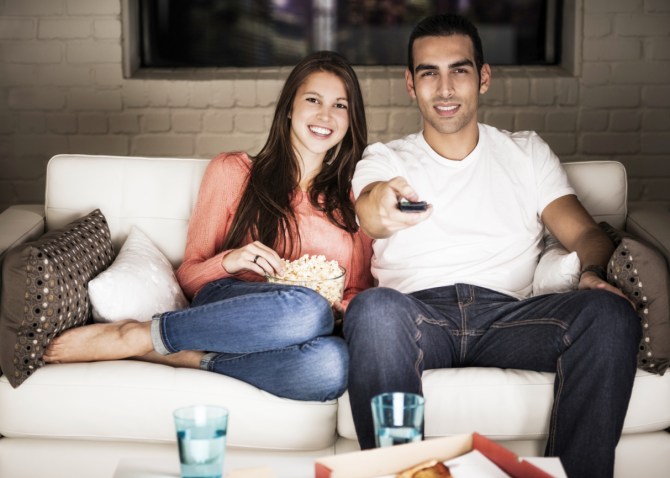 First a few general tips for picking a date night movie you’ll both want to watch:

Pick a neutral genre: It’s really not fair to drag a dude to see the latest Rachel McAdams weepy romantic drama when he’s got absolutely no interest in it. Similarly, it wouldn’t be fair if he made you go see every “Fast & Furious” movie if you had no desire to see those either. We’re painting a wide swathe, of course—there are plenty of guys who cop to loving rom-coms, and plenty of women who love a great action flick. You know your significant other’s tastes, so be mindful of the types of films they typically gravitate toward when choosing a genre.

MORE: See 25 Excellent Movies That Were Added To Netflix Yesterday

Be conscious of you and your boyfriend’s schedules: Did your boyfriend just have a 16-hour workday? Did you just have an extremely harrowing phone call with a friend? Now might not be the time to dig into a dramatic foreign film. Instead, you might want a light, funny movie that lifts you out of your respective heavy emotional places.

Keep a list: How many times have you sat in front of Netflix idly scanning through endless numbers of films looking for the perfect movie to no avail? Eventually, you give up, and end up just watching “New Girl” reruns again. Any other time, you could rattle off 20 films you and your man would love to watch, but when pressured, it’s easy to totally blank.

MORE: 17 High School Movies We Love, And What They Taught Us About Life

You and your boyfriend are laughing fools: Why not try a retro film for a change? The 1959 Billy Wilder film “Some Like It Hot” is a comedy classic. It stars Jack Lemmon, and Tony Curtis as a pair of cross-dressing band members who both try to woo Marilyn Monroe.

You and your boyfriend like to watch attractive strangers have sex: Diego Luna and Gael Garcia Bernal star in the 2001 Spanish-language romp “Y Tu Mama Tambien,” about a couple of teenage boys who to on a sex-filled cross-country road trip with an older woman. This movie is very sexy.

Your boyfriend is really into football. You are really into the ’90s: Like if he really, really loves football, you can work with this! Promise! Why not try the amazing “Varsity Blues,”  (1999) starring James Van Der Beek and (his forehead), of ’90s teen drama “Dawson’s Creek”?

MORE: What to Wear on a First Date & Why It Matters

You and your boyfriend are horror movie junkies: Dario Argento’s “Suspiria” (1977) is considered one of the sexiest, goriest horror movies of all time. Plus, it’s got a great 70s Italo-disco soundtrack, too.

You like quirky indie films about lovable losers: The 2010 Scottish film “Submarine” follows 15-year-old Oliver Tate as he attempts to lose his virginity and keep his family together. It’s a sweet, endearing, and wickedly funny little film. 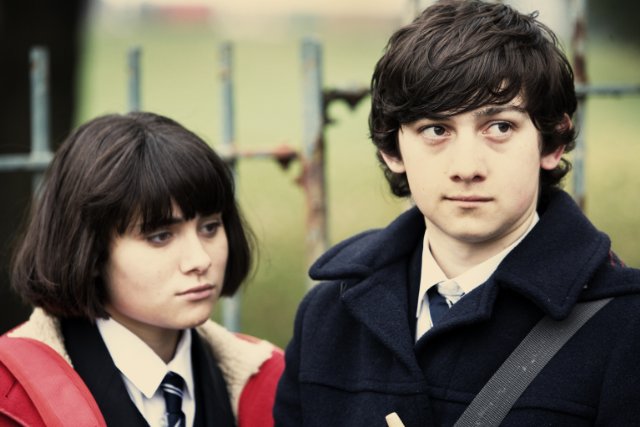 You and your dude are learning Klingon together: We probably don’t need to tell you, but 2013’s “Star Trek: Into Darkness” is a seriously good “Star Trek” movie—with a love story, too.

You’re really, really obsessed with Ryan Gosling: Fine, but don’t make him watch “The Notebook.” Again. That’s not fair. Choose a more dudely Gosling flick for date night. Like say, 2011’s “Drive.” You get your Gosling in, and your guy gets to watch a bunch of super cool stunt car scenes. Everybody wins!

You guys love raunchy, dirty humor: Fine, fine, get your rocks off laughing at “21 Jump Street.” Channing Tatum and Jonah Hill are hilarious in this 2012 buddy cop flick. Plus also, did we mention Channing Tatum? 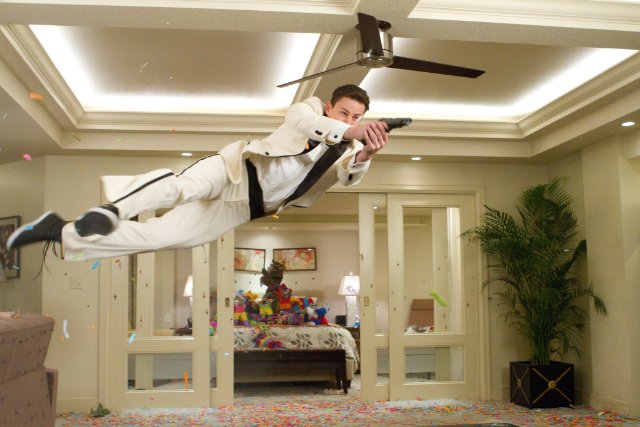 Okay, okay, you really want to watch a love story that won’t make your guy roll his eyes and want to die inside: Our suggestion? Go with a classic: “The Princess Bride” (1987) is a kid’s movie that’s got grown up wit and humor. It’s cute, funny, and sweet, and we can’t get enough of it. And we’re betting your boyfriend won’t miss it, either.