A month before the premiere of “Station 19,” Shonda Rhimes’s new show about a team of firefighters in Seattle, Danielle Savre, one of the show’s stars, sat front-row at a New York Fashion Week show for Chromat, watching models of all shapes and sizes make their way down the runway.

There were models in swimsuits bearing energy drinks, pool noodles, and bags of Hot Cheetos, but Savre’s eyes were glued to Whoopi Goldberg, who was seated two chairs away wearing a fabulous pair of zebra-print slippers. “I went up to Whoopi and was like, ‘Hi. it’s so nice to meet you. I’m on a new Shondaland show. It’s called ‘Station 19,’” Savre says. “I kept rambling. It all happened in slow motion.”

Goldberg hadn’t yet heard of the “Grey’s Anatomy” spin-off, but she was confident that Rhimes could make magic happen again. “She was like, ‘Ah. You’re in good hands. The show will, of course, be a huge success. Stay level-headed. Don’t get a big head,’” Savre says. “It was the most out-of-this-world experience. I loved it so much.” 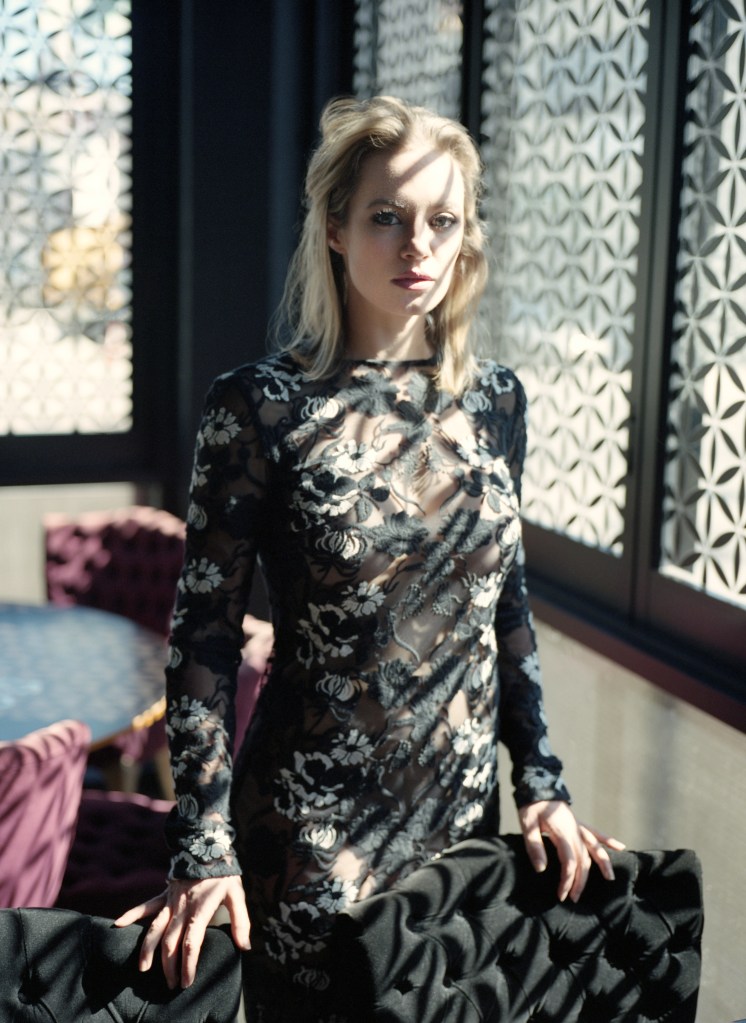 Goldberg’s prediction wasn’t wrong. Since its premiere, “Station 19” has earned rave reviews from Variety and Refinery29, and has averaged 5 million viewers each week, consistently appearing in Thursday night’s top spots. Savre’s character, Maya, a bisexual Olympic-runner-turned-firefighter, was quickly deemed one of the show’s breakout characters, hailed for contributing to LGBTQ representation on-screen. (The subtle reveal about her bisexuality created enough Twitter fanfare to fill a stadium alone.)

But for Savre, who has a long history of being cast in sexist Hollywood archetypes, the best perk of “Station 19” is playing a badass female firefighter who is breaking barriers—both literal and figurative. “It’s rare that you get to play a strong female character that supports other females that’s not about getting a guy,” Savre says.

You were there to be either a nemesis to another female, instead of a supporter, or to be a love interest to a man.

Raised in Simi Valley, California, Savre began acting at 7 years old after her best friend’s mom, who worked at a talent agency, suggested that she meet with the agency’s head. By the end of the meeting, Savre was signed. Soon after, she booked her first-ever audition for Mattel, the toy company behind Barbie and Cabbage Patch Dolls, and signed a two-year contract to appear in the brand’s print and television ads. She would later find out that her “Station 19” costar, Brenda Song, was also a Mattel model. “We were in the makeup and hair trailer, and Brenda was like, ‘I know you.’ I was like, ‘You don’t know me. You’re Brenda Song. Trust me, you’re way beyond me. You don’t know me.’” Savre says. “She was like, ‘No! Did you do Barbie commercials?’ And I was like, ‘Yes!’” 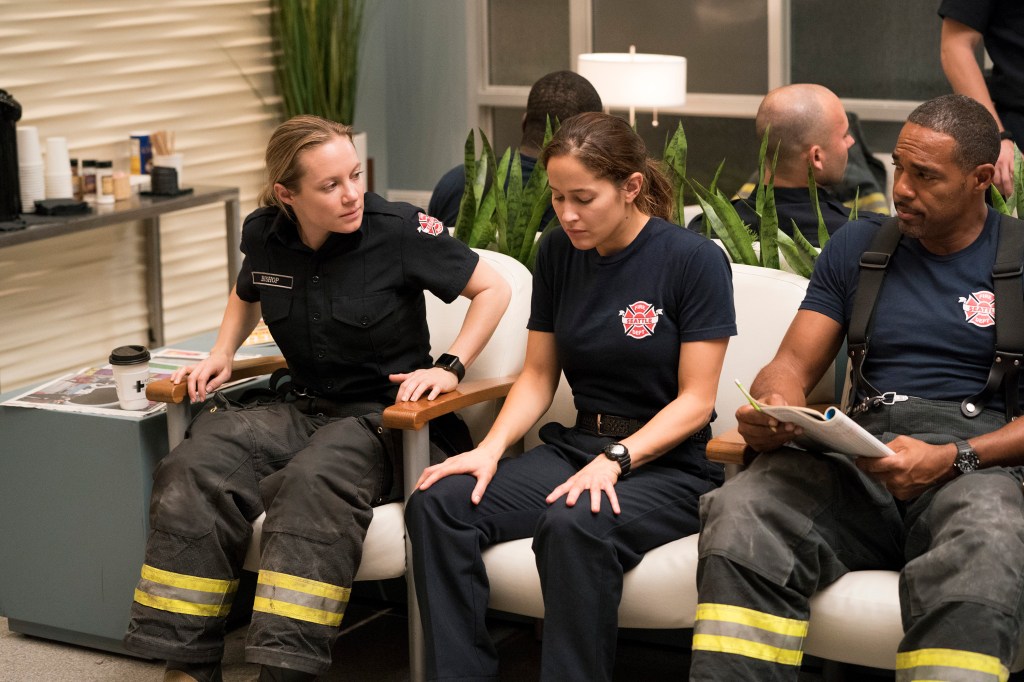 Savre’s start in television came at 15 years old when she was cast in her first series as Jesse McCartney’s suitor and Sara Paxton’s archenemy on the WB’s “Summerland.” At the time, the role, which required Savre to fight with Paxton’s character for McCartney’s love and attention, seemed like a dream come true. But looking back, Savre realizes that she was playing a female stereotype that would haunt her well into her 20s, even though the series only lasted two seasons.

“There was this element of all these surface characters that were there to be either a nemesis to another female, instead of a supporter, or to be a love interest to a man,” Savre says. ”I didn’t realize that at 15 years old. We’re so impressionable when we’re younger. I was like, ‘OK. This is how I’m supposed to act. I’m supposed to fight over a guy.’ Which now I realize was the stupidest thing ever.”

The industry’s perception of what looks good is scary sometimes.

After a year on “Summerland,” in which she says she wore a swimsuit “80 percent of the time,” Savre also started developing serious body insecurities. “I’m a 15-year-old girl who was on the WB, a show that people all of my age watched, and I’m in a bathing suit,” Savre says. “’I’m more of a muscular build. I’ve got legs, I’ve got a butt, and I’m curvier. That was always something that was scrutinized growing up.”

Savre’s insecurities worsened when, at 17, she was cast as the lead in “Kaya,” MTV’s first scripted series about a teenager-turned-overnight-rock-star. To play the role, the show asked the 5-foot-2 Savre, who was 125 pounds at the time, to lose 20 pounds. Though she tried, she couldn’t fulfill the absurd request. “They got me a nutritionist and a trainer, and I dropped down to 118, and it still wasn’t good enough for them,” Savre says. “There’s no way a person can actually, physically be that thin and survive.” 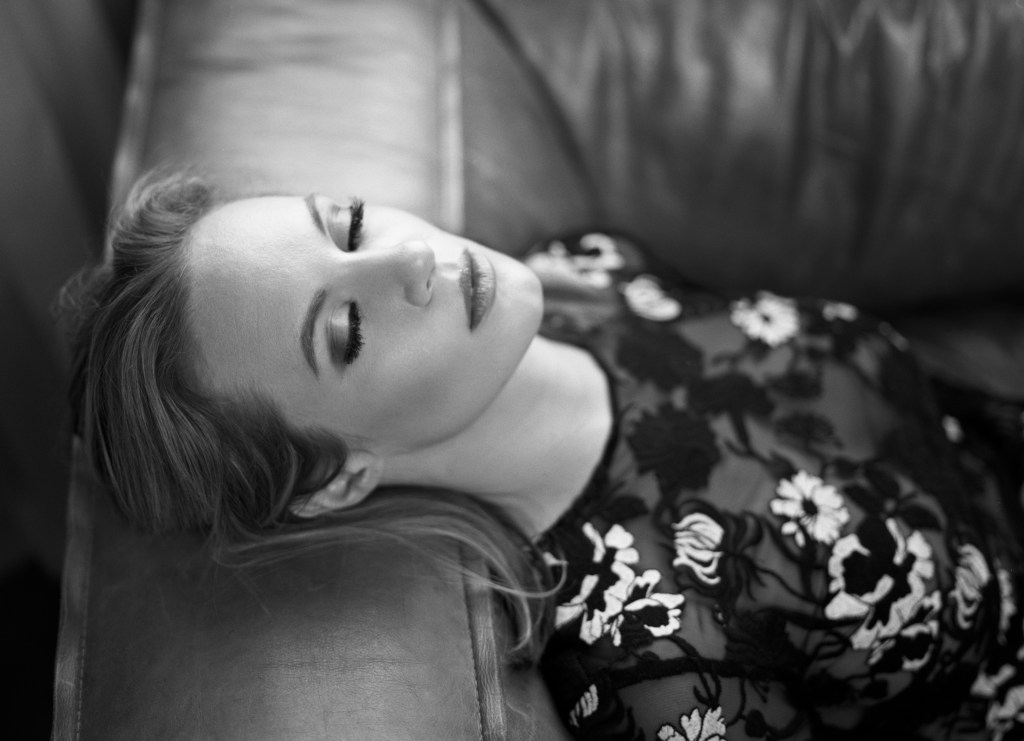 It was a punch to the gut to sacrifice more, but not getting paid as much as my two male costars.

Though Savre eventually learned to love her body, her experience with gender discrimination didn’t end there. Another disillusioning moment came years later when Savre starred in a film with two male leads. To ensure that there was pay parity among the three main characters, including Savre, the actors asked the studio for equal salaries. After the request was met, Savre discovered that her male costars signed producing deals behind her back, granting them back-end cuts if the film made money at the box office. The film was the first time Savre exposed her breasts on screen, making the discovery especially painful—and infuriating.

“I didn’t get that option,” Savre says. “I was the one who was sacrificing a lot more. I’m having to expose myself in that way and I’m not getting paid more than the two men who didn’t have to do that at all. It was definitely a punch to the gut to find that out while filming.” 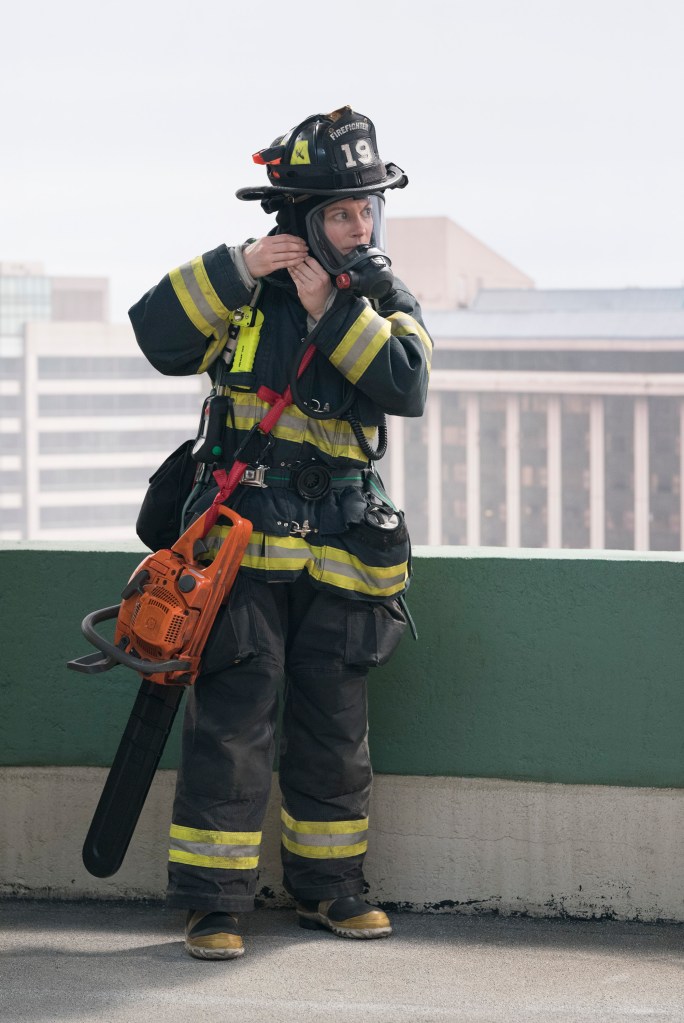 Savre’s experiences with sexism contributed to her being drawn to “Station 19,” in which she plays Maya Bishop, the ride-or-die best friend to the show’s lead, a female firefighter named Andy. The writing was so gender-neutral and pro-women that Savre initially mistook Andy for a man in her auditions. “I was like, ‘I’m so not going to get this now. I’ve been reading the lines like I’ve been talking to a man,’” Savre says. “I kind of had a breakdown in my car, crying to my agent like, ‘I can’t do this!’

My body has always been this issue of, ‘Lose more weight.’

Four days later, while shopping for a bookshelf in Ikea, Savre got the news that she booked the role. The first person she called was her older sister, an actual firefighter with the Los Angeles Fire Department. “I was calling her left and right,” Savre says. “I was walking her through scenarios that were happening in the first episode, being like, ‘Would this really happen? What would my character be doing? What kind of tools would I be wearing?’”

From the get-go, Savre knew that she wanted to incorporate her naturally bubbly personality into her character, a choice that she hopes is redefining what it means to be a strong woman on film and television. “A lot of strong female roles, they expect you to play tough,” Savre says. “I played a marine once for ‘Jarhead 2,’ and the director would always say, ‘Lower your voice more. Lower your voice more.’ There was always this idea that to play a tough female role you almost have to be manly. I’ve gotten sick of that.”

“To play a tough female role you almost have to be manly. I’ve gotten sick of that.”

The importance of the show’s minimal styling and wardrobe, which mainly consists of 70-pound firefighting uniforms, also wasn’t lost on Savre. “You’re not having to wear these skimpy little outfits. You’re getting to wear outfits that feel empowering,” Savre says. “There is nothing empowering about wearing stiletto heels in a dress in a film when the guys are in full-coverage suits.”

Along with representing a real-life woman, Savre is also honored to play a primetime television character who is bisexual, something that wasn’t decided until after she booked the role. “I was like, ‘I believe in that wholeheartedly. I’m 100 percent a supporter of that,’” Savre says. As for her own sexuality, Savre remained tight-lipped. “I will say this: I believe we fall in love with who we fall in love with, and gender is not a factor. I think you fall in love with the person, not with the sex,” Savre says. 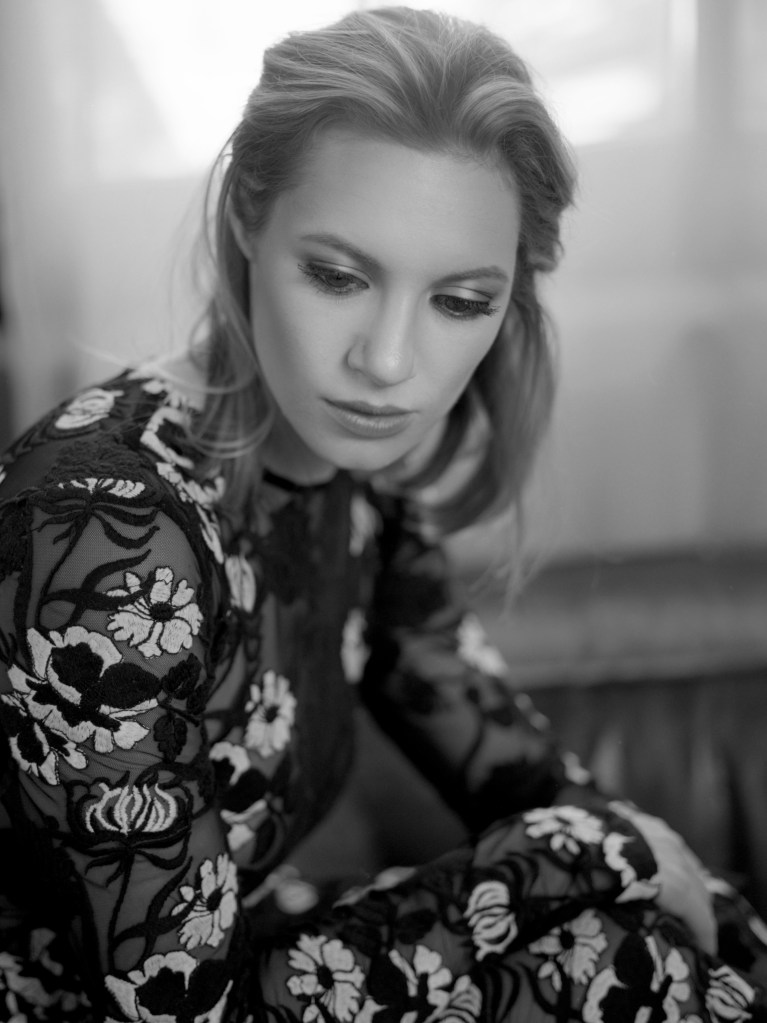 Recently, a medical technician on “Station 19” asked Savre and her castmate to send her granddaughter a picture of them in their firefighting uniforms. The 6-year-old, who told Savre that she wants to be a firefighter when she grows up, responded with pictures of her and her friends in firefighting costumes pretending to save people. The moment was a reminder to Savre about the importance of representation in the media.

“I never saw a female firefighter on television before. Never. I watched ‘Ladder 49’ and ‘Backdraft.’ I loved those films. But never once did it cross my mind that I could do that,” Savre says. “Now, when a teacher asks a little girl what she wants to be when she grows up, she can be anything. She can be a firefighter. She can be in the air force or in the marines. Girls can go to the moon now. This is doable.”