They may be married, but Love Is Blind’s Danielle Ruhl and Nick Thompson still consider themselves to be in the dating stage of their relationships. “Because of the condensed timeline, we’re trying to almost date,” Danielle tells StyleCaster while promoting her partnership with Head & Shoulders. “You’re married and you’re living together, but there are certain aspects of your lives you didn’t get to experience. We want to make sure we’re able to experience those before we talk about [the future].”

For Danielle, those next steps include children, which she and Nick want, but not until they’re more settled in their relationship. “We want kids together. I’m still envisioning what they look like in my head and how much fun we’re going to have at their tee ball game,” she says. “It’s cool to be able to envision those things, but we’re also taking our time.”

Danielle and Nick met and got married on season 2 of Love Is Blind, Netflix’s reality TV show where singles date and get engaged without seeing each other. It’s been four months since the Love Is Blind season 2 reunion aired, and Danielle and Nick still have a lot to learn about each other. “We’re still learning each other’s communication styles and getting used to that and speaking a different language,” she says. “We are pretty different, but I also don’t have to focus on insecurities I’ve had in past relationships, whether it be weight loss, whether it be mental health, whether it be the dandruff I’ve had. There have been past relationships where I did have to care a lot about that stuff and now I’m finally with someone who not only doesn’t care about it, but supports me in all the anxieties and insecurities I have around certain things.” 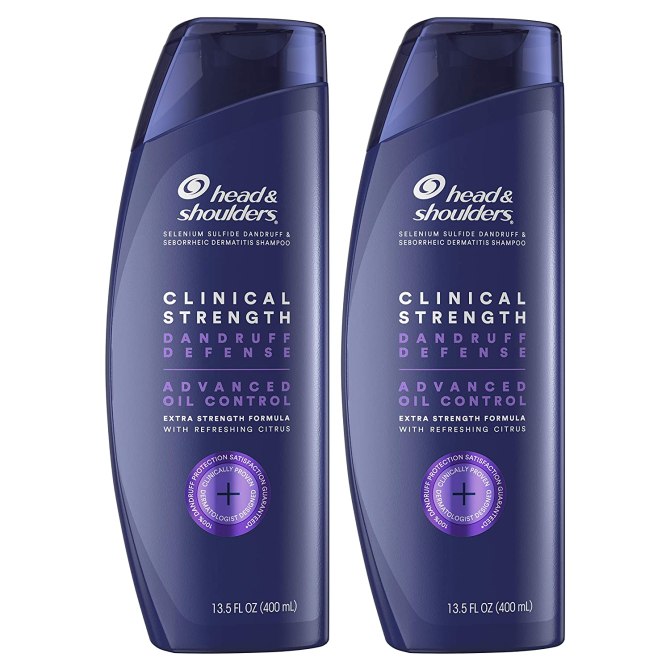 For Danielle, one of those insecurities is her dandruff, a scalp condition she’s had since she was young. “Ever since I could remember, I’ve had dandruff. I actually dyed my hair blonde when I was younger so people would stop calling it out,” she says. “It didn’t work. I went back to brown hair, and now I’m like, ‘Whatever, nothing is going to help.’” What did help was when Danielle tried Head & Shoulders’ Clinical Dandruff Defense
shampoo, which she credits for stopping her itching. “It really helped not only with the dandruff, but my main problem was I was itching my scalp nonstop, which only made it worse,” she says.

Ahead, Danielle talked to StyleCaster about the first time she talked to Nick off camera, the advice she’d give to future Love Is Blind contestants, and why she and Nick would want a second wedding.

On the difference between dating on Love Is Blind vs. in real life

“Number one, you don’t have any distractions around, so you’re hyper-focused on one thing, especially because we knew so early. That’s when you get to know people really personally. One of the harder things is you don’t know their body language. You don’t know how they treat a wait staff. Those are things you don’t really think about until you don’t get to see it in real life. That’s turned me off from people before. In the back of my head, those were also the little things that ultimately ended up being better because I didn’t have to worry about the way I look. I don’t have to worry about having dandruff on my head or scratching non-stop. There’s so many different things you don’t have to think about, so you’re more open to discuss a lot more things than if we met in a typical way.”

On the first time she and Nick talked off camera

@dnellruhl Day in the life of someone with dandruff. Do u relate? I used to judge myself based on others’ opinions, even when ppl have only seen 1% who I am. Feel the same? Don’t let dandruff define u – take back ur main character energy! #ad #headshoulderspartner #maincharacterenergy @headandshoulders ♬ original sound – Danielle Ruhl-Thompson

On why she would want a second wedding

“Every girl dreams about their wedding. Their bachelorette party, their honeymoon. That’s something we didn’t have the luxury of because of the condensed timeline. Whether it be our two-year or three-year anniversary, whenever we get the time to actually plan it, we definitely want to do a brand-new reception.”

On the Love Is Blind season 1 couples she’s met

“I met Lauren and Cameron at an event in Vegas where we got to surprise a couple at their wedding. Amber and Barnett had actually given us guidance before the show aired. We were like, ‘We’re another couple. How do we get advice from you moving past some of the initial shocks of the show airing?’ Kelly has also been really good in providing me guidance and how to navigate some of this stuff.”

“Our cast, specifically, the girls got really close. I think how close we got kind of distracted us from the relationships we developed. I was lucky because Nick and I were pretty one-on-one early on, but other people were exploring things later. Taking the leap of faith with the person you feel the strongest with and not focusing on other people that was very beneficial. But also not focusing on other girls. There were girls interested in Nick, and typically, I’m a girls’ girl and so I’m more hesitant to take that leap of faith with a guy because I’ve made relationships with the women. But it’s like, ‘This is marriage. This is an engagement. This is serious.’ You have to focus on what is the best for yourself versus ‘I don’t want to get this girl mad.’”

“Obviously, there are things I could change. Focusing too much on my insecurities was difficult to rewatch because I focused on so much self-love after filming. You do think about that kind of stuff. You think, ‘Why do I feel this way about me?’ Then rewatching it after you’ve grown past it was difficult. In addition to that, being short-tempered. Nick and I were going through a lot. We were working full time. We have our family to worry about. I don’t think people take it into consideration when you’re more likely to get into a fight with one another and project that onto one another because you’re around them all the time.”