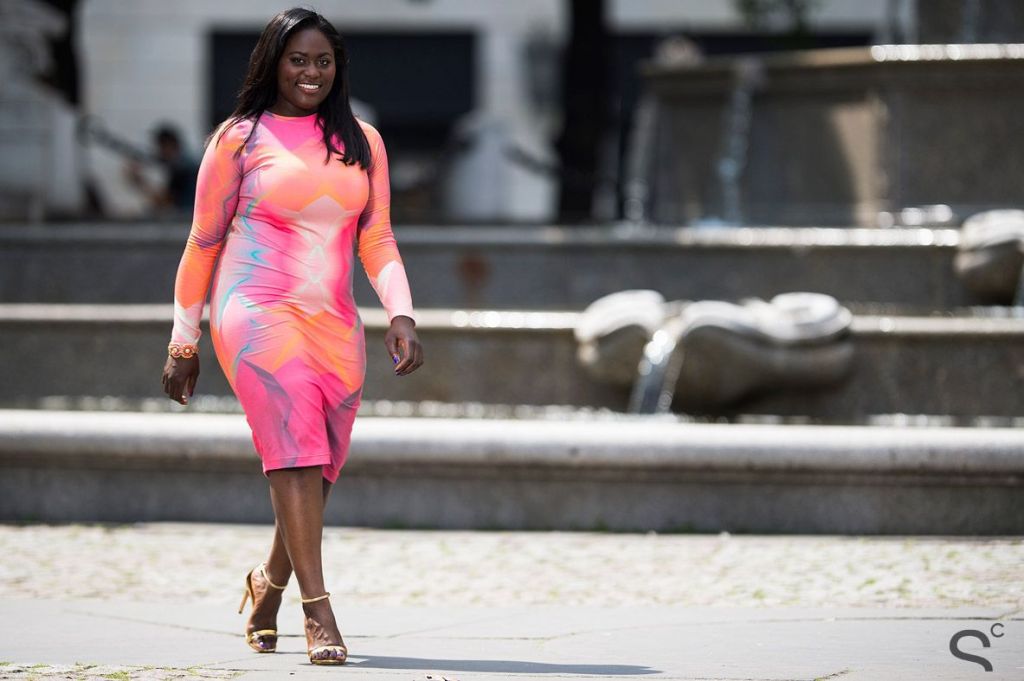 She may be clad in a jumpsuit on her hit TV show, but “Orange is the New Black” actress Danielle Brooks has some killer style off camera, so we’re thrilled to highlight her as one of this year’s 50 Most Stylish New Yorkers. We chatted with the Netflix star about her style inspiration, the importance of undergarments (even for men!), and why jelly sandals might not be for her. Read on to learn on-set secrets from ‘OITNB’—including some surprising beauty tips!—and more.

What does New York style mean to you?

New York is one of the most interesting places to view style and be inspired. I feel like New York gives you the freedom to try anything.

How does the city influence your style?

Everywhere you go, people are showing their individuality. For example, when I go to Brooklyn’s Afropunk, I’m inspired by the many different natural hairstyles, funky jewelry, and tattoos.  That’s one of my favorite festivals in New York. There are so many amazing designers that are selling, and the most eclectic, unique styles ever.

How does your “OITNB” character relate to your real personality?

We both had to grow up pretty fast. The cards Taystee was dealt forced her to grow up and take care of herself quickly. She had to develop street smarts pretty early. For me, I was out of my parents’ house at 15 because of boarding school, and moved to New York at 17 for college. I had to quickly develop a sense of street smarts as well. I also had to find a New York family the same way Taystee was searching for her forever family.

Do you have any style or beauty tips you’ve learned from being on set?

Sophia’s character shows us that we can use Vaseline and Kool-Aid mix for a lipstick. Also tampons really do work for hair curlers if you leave them in long enough, ha!

What’s the craziest thing that has happened to you while filming?

One of our cast members, Michelle Hurst, was in a really bad car accident a while ago that left her in a coma for over two weeks. A few months later, she had surprised us on set. Had us all in tears. That was a nice surprise.

What’s your number one style rule or tip?

Ladies, undergarments are important. They can really make or break a look. You want everything to look tight and right, and snatched. Men, it’s okay to wear them too. It won’t make you less of a man.

What is the most recent thing you bought?

I saw that jelly sandals were coming back in and I used to love them as a kid. So I bought a pair, and then realized sure, they might be in for others, but not for me. I put them on—they were not the business.

What is your favorite form of social media?

I love Instagram, and actually have discovered some amazing fashion designers through it. For example. I really love @Pile_NY and @ivykirzhner. I also found my stylists on Instagram: Wayman and Micah.

What is your favorite and most used emoji and why?

Lately it’s been the red balloon. It makes me happy.