It’s always a massive undertaking when trying to depict the life of a legendary historical figure–especially on the big screen. Bringing Harriet Tubman’s legacy to life would take much more than sheer determination. Helmed by Eve’s Bayou director Kasi Lemmons with Tony Award winner Cynthia Erivo stepping into the famed Underground Railroad conductor’s shoes, as much as Harriet is a story about the horrors of slavery, it’s also a film about love and faith.

Set in Dorchester County, Maryland, in 1849, the year Tubman escaped to freedom in Philadelphia, Lemmons’ Harriet follows the young abolitionist throughout her many missions back into the slave states leading into the Civil War to rescue friends and loved ones. Though many people have lamented the release of Harriet as yet “another slave movie,” Lemmons’ lens and Erivo’s take on Tubman showcases something entirely different.

While the brutality of slavery hovers in the shadows of the film, the Black Nativity director centers her story on love. When the film opens, we find the enslaved young woman hopelessly in love with her free husband, John Tubman (Zackary Momoh). She’s also extremely close to her mother (Vaness Bell Calloway), father (Clarke Peters), and brothers.

However, the brutality of the peculiar institution and the threat of being sold away like her beloved sisters emboldens Tubman to run for her life. Using her faith in God as her guide–the political activist finds another version of a family in abolitionist William Still (Leslie Odom, Jr.)  and a free Black woman named Marie (Janelle Monáe). Though they both caution Tubman about returning to the South, especially with the Fugitive Slave Act of 1850 looming –the fearsome revolutionary does not heed their advice. 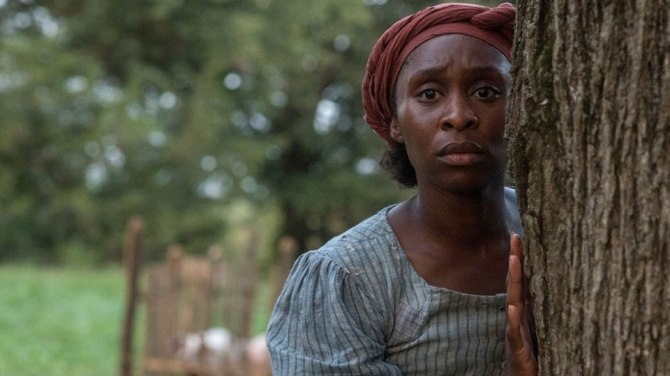 Ahead of Harriet’s theatrical premiere, STYLECASTER sat down to chat with Lemmons and Erivo about bringing this powerful story to life.

To embody such a profound figure– Erivo began with Harriet’s spirit. “You can start with a picture because we have the image of her,” she expressed. “We wanted to work on how to map her face. We wanted to work on how to find her voice. I like to work from the body, and I knew it was going to be an incredibly physical job so I made sure I was training consistently. While we were shooting I was still training to make sure I never had to catch up with what was going on. I knew that I wanted to make sure that I was always connected to her.”