We already know the newest addition to the royal family is a beauty, but now we’re seeing new photos of baby Charlotte—and they’re even cuter. Kensington Palace released new snaps that show Prince George checking out his baby sister: holding her, looking at her, and—OMG—kissing her. 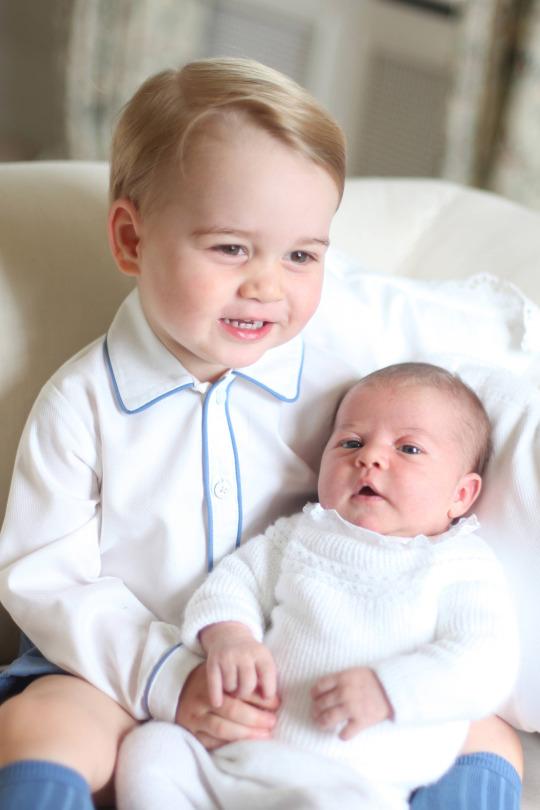 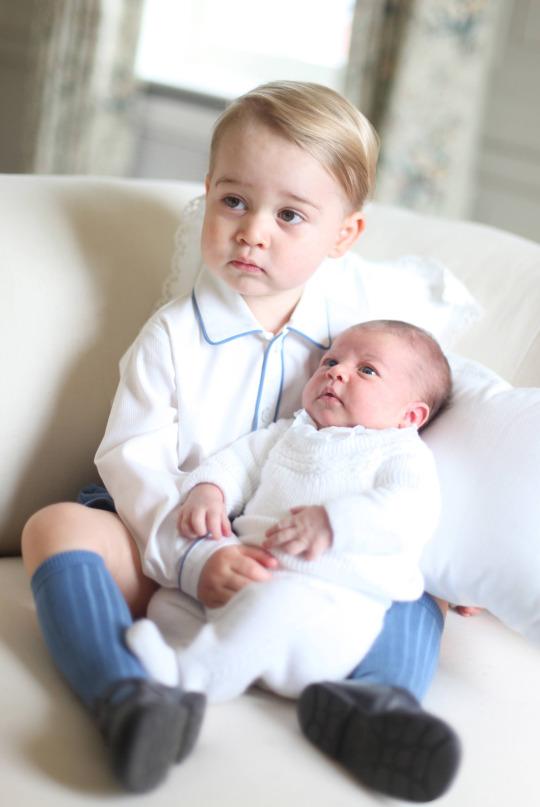 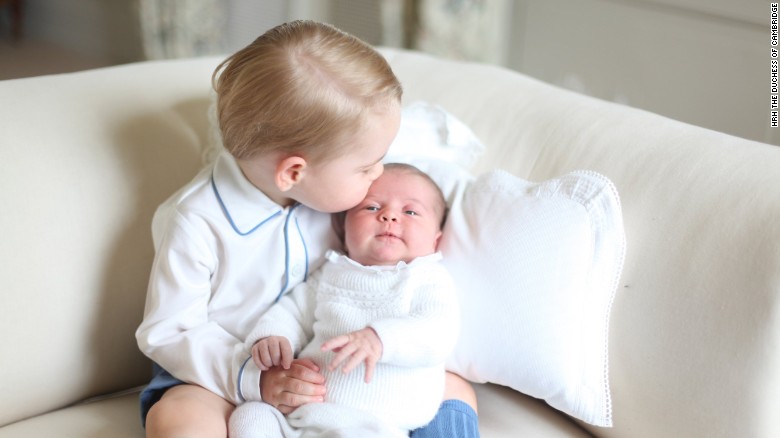 We're delighted to share the first photo of Prince George with his little sister Princess Charlotte. #WelcomeToTheFamily This photograph is the first of four official photographs being released today, taken by The Duchess of Cambridge in mid-May.

Prince George and Princess Charlotte together at home. #WelcomeToTheFamily Photograph copyright of HRH The Duchess of Cambridge / @kensingtonroyal

According to Kensington Palace, the pics were taken by mama Kate Middleton in mid-May at the family’s country house in Norfolk, England.

The photos comes a one day after it was announced that Princess Charlotte—who’s fourth in line to the throne—will be christened on July 5, and we (obviously) can’t wait to see the pics.