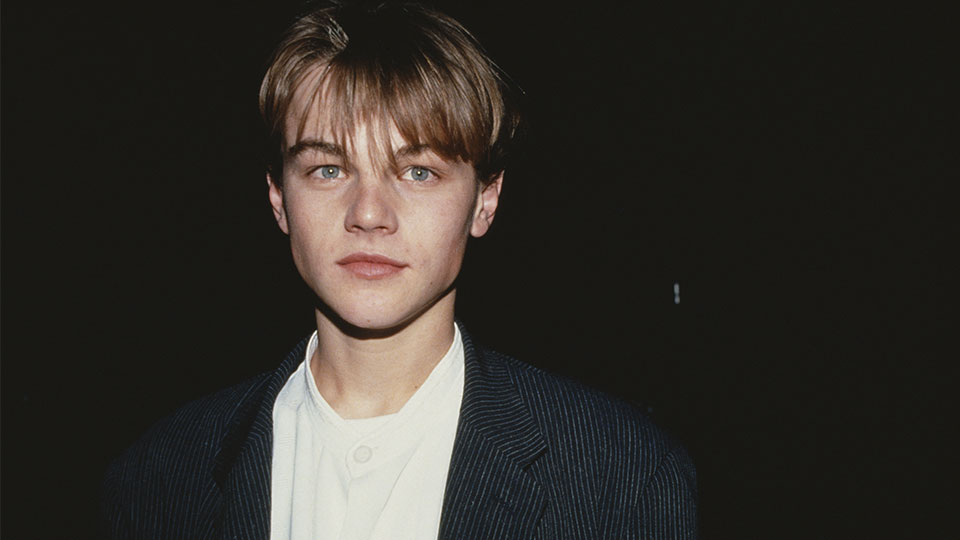 Do you remember how infatuated your pubescent brain was with your first celebrity crush? How much you pined after figures you’d probably never meet? How the obsession genuinely felt like a real connection? That very topic—unrequited famous first loves—is explored in the new anthology CRUSH: Writers Reflect on Love, Longing, and the Lasting Power of Their First Celebrity Crush (William Morrow). Coeditors Cathy Alter and Dave Singleton culled an impressive list of contributors—Roxane Gay, Stephen King, James Franco, Hanna Rosin, Andrew McCarthy, Emily Gould, to name a few—to dish on how their first celeb crushes informed their (very hormonal) coming-of-age.

What it begets is a collection of illuminating essays, equal parts humorous and heartbreaking, that anyone who has ever loved an unattainable star can relate to. In celebration of the book’s release, we caught up with coauthor Cathy Alter about the everlasting mystique of first celebrity loves. CRUSH, a must-read this summer, is out today. 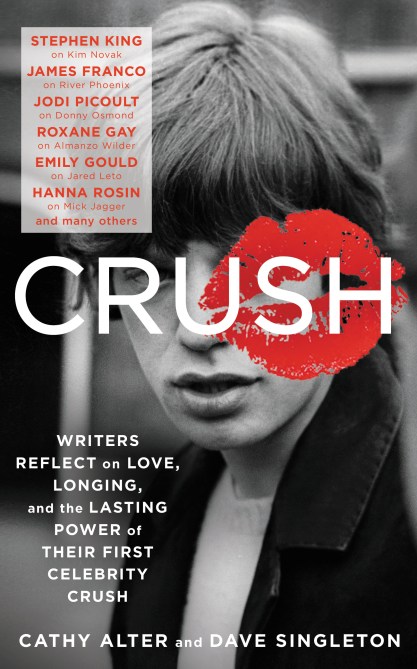 StyleCaster: First off, it’s cool that the celeb crushes in the book aren’t the Angelinas or Brads of the world. Jared Leto, Rivers Cuomo, Donny Osmond, Mick Jagger, Kenickie from “Grease”—some make total sense, some are unexpected.
Cathy Alter: We knew that these writers were going to take a deeper look at their crush. Most of the essays are actually about something else. For example, my essay about Donny Osmond is really about my mom and her encouraging me to be a writer. So that’s what I wanted these essays to deliver, something deeper and personal to the writer, whether it was about coming out like Richard McCann’s essay about Bette Davis, or Jill Kargman’s essay about Kenickie from “Grease” and what was important to her in finding a spouse. I also love that we have celebrities like James Franco and Andrew McCarthy who contributed because they are—or once were—the objects of crushes themselves. Having a celebrity crush humanizes everyone. It makes everyone feel embarrassed, silly, and insignificant in a way.

I felt connected to James Franco’s piece about River Phoenix because I also had a huge crush on River Phoenix growing up. The way Franco writes about him in this man-crush way—it’s romantic, but also full of pure admiration.
James Franco was so generous, he gave us a lot. We were really loose with the term celebrity crush. We have the coming-of-age crushes, the same-sex crushes, we had the crushes the writers wanted to be. We wanted our contributors to have fun and explore. We didn’t give too many parameters other than “first crush,” and what that person meant to the writers then and now. The fact that Joanna Rakoff and Roxane Gay wrote about the same literary character from The Little House on the Prairie series blew my mind. They both wrote about the same obscure dad, how they identified that he was a really good man, and why that was important to them.

Speaking of, were you surprised that a handful of writers had legit crushes on fictional characters from cartoons and video games?
Both yes and no. When I edited Jamie Brisick’s essay about his crush on Speed Racer, it made me wormhole back to seventh-grade math class where these guys were having a heated argument about who was hotter, Betty or Wilma from “The Flintstones.” So I think it’s absolutely possible to have a fixation on a cartoon or a fictional character in a book. But I’m really glad those characters were represented in the book because we wanted the diversity.

Did you notice any obvious differences between how the men and women contributors handled their emotions toward their crushes?
It’s difficult to make one sweeping statement, but for many guys, the first thought is the “idealized woman” or the aspirational woman. They were physical crushes. That’s what I noticed, which didn’t really surprise me. The women were more boundary-pushing. A lot of the women contributors admitted to writing fan letters to their celebrity crushes—I think teenage girls did more of that than the guys—so they weren’t afraid to let go and get personal in their essays.

The book is broken up in an interesting way. There are essays about puppy-love crushes, the admiration crushes, the moment of meeting crushes and then the feeling goes away, essays about growing out of crushes. How did these chapters come about?
We talked about the kind of anthology we wanted and discussed all the various kinds of crushes there are. I’ll never forget this, but my best friend from the fifth grade had a crush on Kenny Rogers who was literally an old man. So we were thinking, Yes, inappropriate crushes should be a category. And those types of discussions helped guide our vision. When we got the essays in, we saw them falling into certain categories very naturally: “Well, this is a coming-of-age one, this one is more about inspiration, this one is about the crush that turned out to be disappointing.”

What was it like to work with such huge names for this book?
Getting to work with Andrew McCarthy, who is one of my own celebrity crushes … it was very hard for me to keep cool. I guess I’m just a huge starfucker because I think these celebrities are out of reach and to be interacting with them was too much for me.