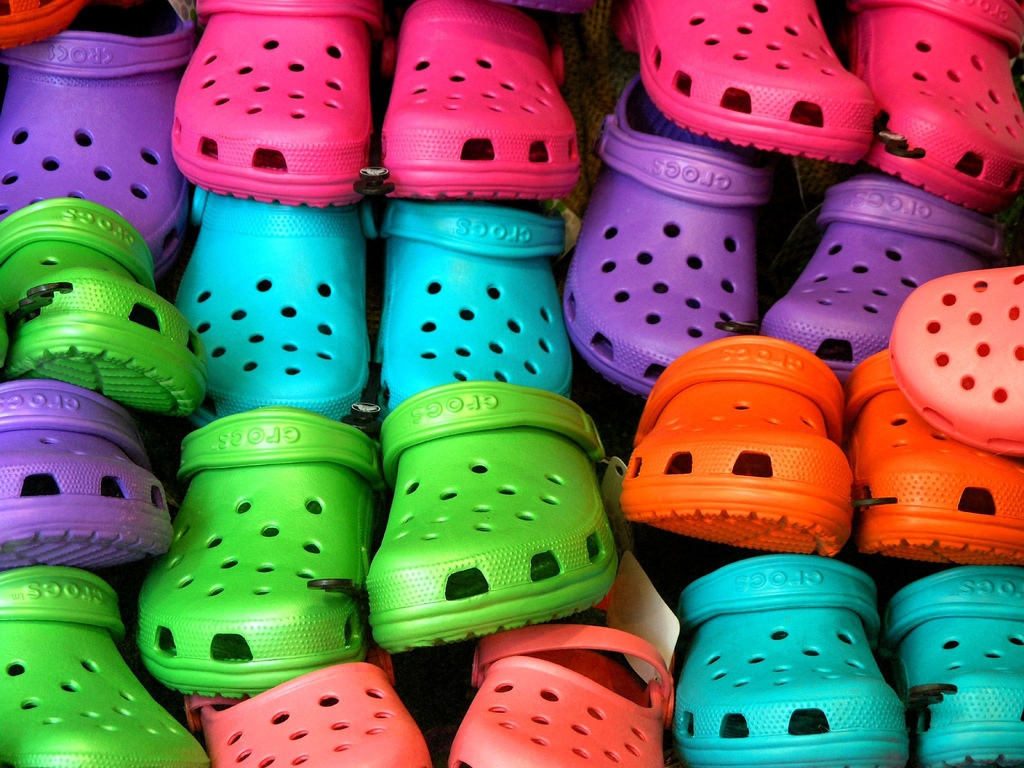 At some point, you’ve probably wished that Crocs—the brightly-colored, clunky plastic clogs favored by Mario Batali and your aunt who likes to garden—would go away, or at least become less visible. Now, it looks like that wish is coming to fruition.

According to the Wall Street Journal, the divisive shoe brand will be closing between 75 to 100 stores and plans to lay off about 180 of its 5,000 employees, including the elimination of about 70 jobs at its Colorado headquarters. Crocs will also trim down the amount of styles it sells by 30% to 40%, and plans to axe certain categories, including its higher-end Elite line.

The hefty restructuring doesn’t mean it’s curtains for the 12-year-old company, though. Rather, the changes are expected to save the brand $4 million in 2014 and $10 million in 2015—even though the retail closings will reduce revenue by $35 million to $50 million, the company said.

MORE: The One Thing I’d Never Wear, From 10 StyleCaster Editors

After going public in February 2006 at $21 a share, Crocs’ stock soared to $74.75 by October 2007, giving the company a $6 billion market value, according to WSJ, which pointed out that investors cooled on it as the novelty faded. On Monday, the shares closed at $14.84, for a market value around $1.3 billion.

Despite being revered for comfort, several fashion commentators have derided the perforated Croc for its ungainly, tacky, and downright ugly appearance.

In 2010, “Project Runway” host and style expert Tim Gunn bemoaned the Croc to Time magazine, saying” it looks like a plastic hoof. How can you take that seriously?” while a Facebook group exists called “I Don’t Care How Comfortable Crocs Are, You Look Like a Dumbass” that currently has over a million likes.

Are you a fan of Crocs? Let us know below!