When I was four, my mom sometimes let my brother and me eat dinner outside. Wearing silk pajamas and rubber flip-flops, she sat on the stoop by our sliding glass door as I rode my tricycle on the pavement under our patio. After each loop, she rewarded us with a spoonful of thit kho, soft caramelized pork with braised boiled eggs, which she scooped onto a mound of sauce-soaked rice. I biked until there wasn’t a grain of rice left in the bowl, and my mom would call me inside.

There’s a scene in Crazy Rich Asians—which recently broke records to become the most popular summer rom-com in a decade—that reminds me of my mom. In the first 10 minutes of the movie, Eleanor Young, a matriarch of one of Singapore’s wealthiest families, is racially profiled by a hotel manager, who denies her and her family their suite and tells them to “try Chinatown.” Eleanor responds by buying the hotel. The scene ends with Eleanor gliding across the lobby to celebrate her purchase, while her 8-year-old son Nick (who becomes the star of the love story) looks over his shoulder and smirks at the dumbfounded manager. 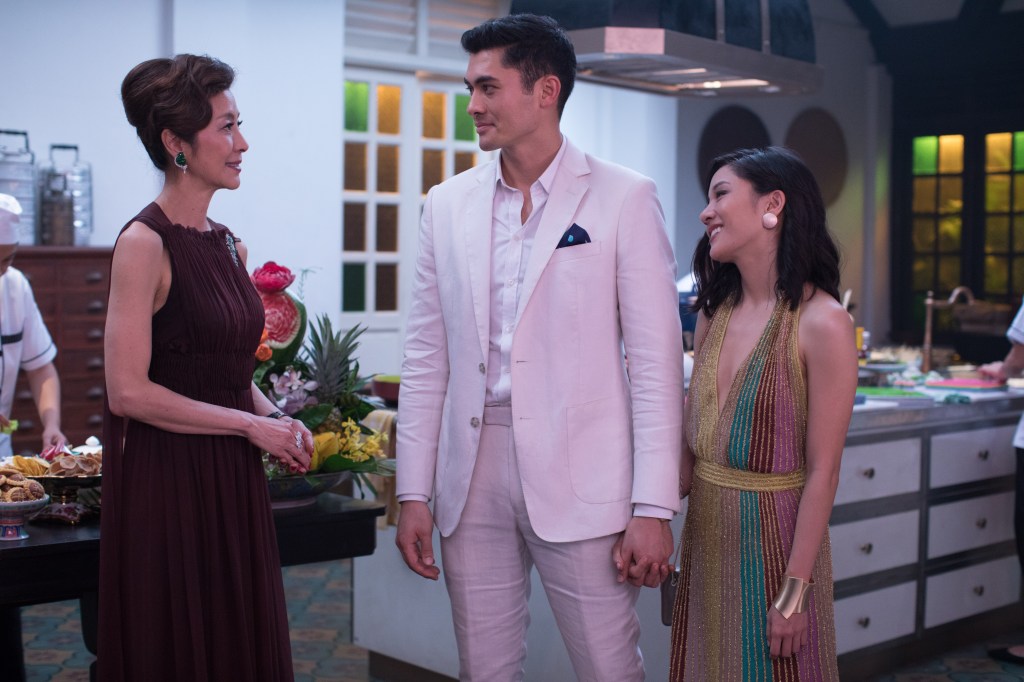 Like Nick, I worshipped my mom growing up. I was kicked out of three preschools because of how much I cried when she dropped me off. I savored the soup crackers she saved from her lunch for me every day. I watched as my mom stood up to white women who were taller and spoke better English than her when she felt she was wronged. She taught me how to haggle and never settle for anything less than 20 percent off an already-on-sale item. In malls, I followed her around like a puppy, and she was the first person I went to when I learned of any gossip about my aunties. We bonded over clearance racks and shit-talking, but our favorite pastime was watching romantic comedies.

It didn’t matter what the rom-com was or how bad the reviews were—we loved them all. We swooned when Matthew McConaughey professed his love for Kate Hudson on the Manhattan Bridge in How to Lose a Guy in 10 Days, and our hearts fluttered when James Marsden pulled Katherine Heigl into a kiss in 27 Dresses. For us, there were only two criteria that mattered in a rom-com: beautiful clothes and the end-of-the-movie kiss. The latter was always my mom’s favorite scene, but when I was little, she wouldn’t let me watch that part. So I turned away from the screen and watched my mom instead. As the romantic leads reunited and the music swelled, her face beamed. Even when I was old enough to watch the end-of-movie make-out, I often still turned my gaze to my mom, and no matter what, she always lit up with the same smile. Inevitably, the end-of-movie-kiss became my favorite scene too. 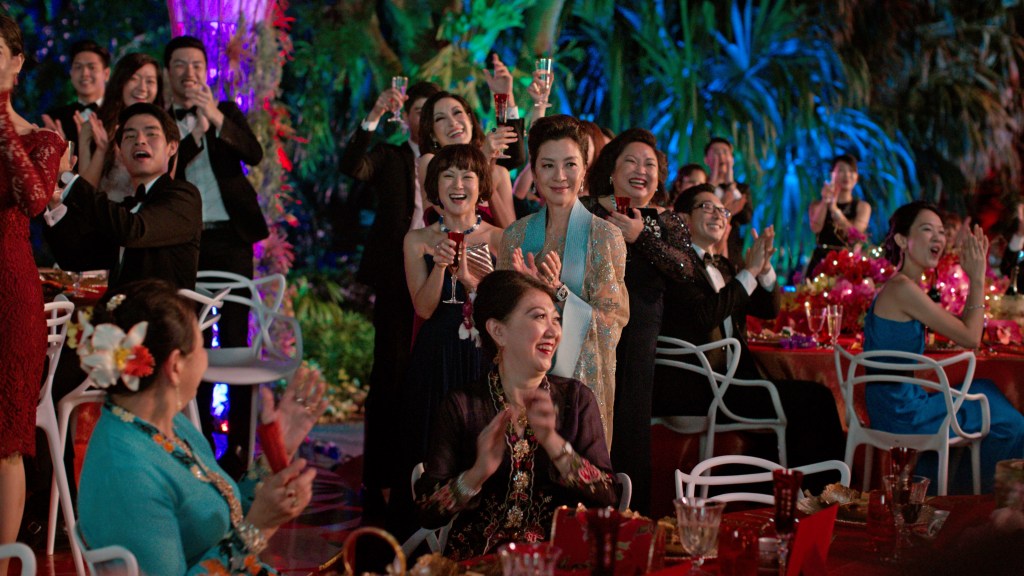 Somewhere in middle school, my relationship with my mom crumbled. Pressure mounted for me to pursue a career she approved of. When I didn’t want to be a doctor, she told me to be a lawyer. When I didn’t want to be a lawyer, she told me to pursue business. When I told her I wanted to be a writer, she told me that was a profession “for white people” and cried and begged me to change my mind. She compared me to the “obedient” children of her friends and accused me of not loving her and my dad anymore. I resented them for it. I resented that I wasn’t allowed to go to the mall without a chaperone until I was 16. I hated staying home studying during winter breaks and spending my Saturdays in math tutoring and SAT classes.

When I told my mom I wanted to be a writer, she cried and said it was a profession ‘for white people.’

Eventually, my favorite traits about my mom became annoyances: her obsession with saving, how she would cook the same five Vietnamese dishes for dinner, how she would brag about me to her friends. When I moved to college, I started keeping secrets from her. I didn’t tell her I was writing for the school newspaper, and that I was good at it. I didn’t share the fact that I was gay and had a boyfriend. To this day, my mom has never read anything I’ve written, and when her friends ask what I do, she changes the subject or sometimes tells them I’m in advertising. We don’t talk much anymore, but when we do, it usually leads into a lecture or her imploring me to apply to business school. 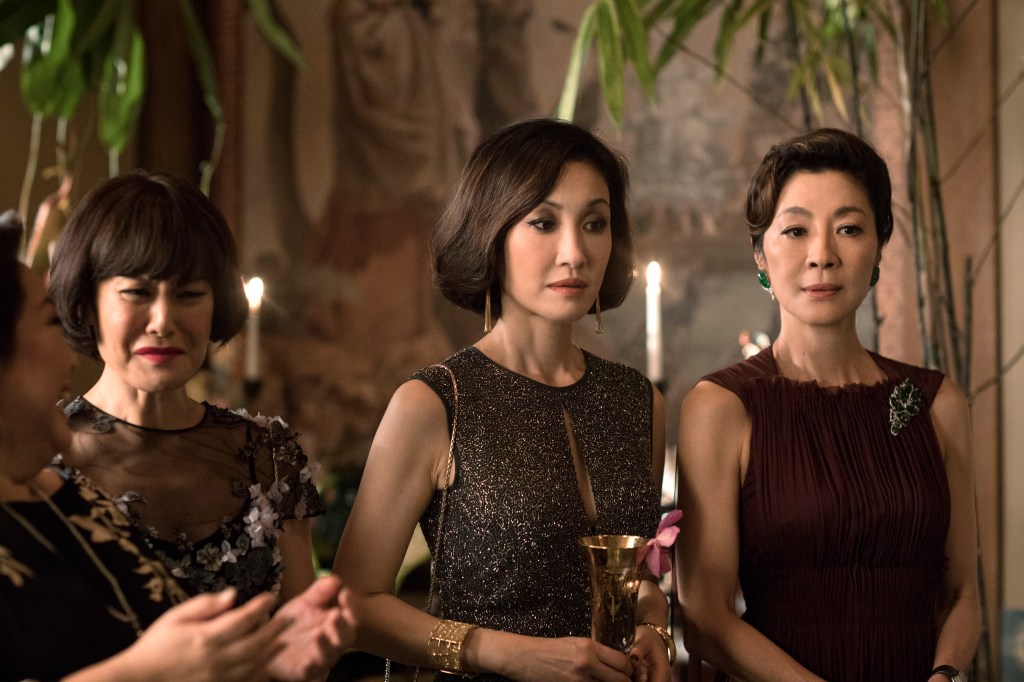 About a month ago, my mom texted me, telling me she wanted to see the movie Crazy Rich Asians. I replied, promising to take her during my next visit home. A couple weeks later, we settled into two plush armchairs at our local AMC and watched the first movie my mom had seen in theaters since she took me to Mulan when I was three. After the first 10 minutes, when a Mandarin jazz song played over the title card, I could tell my mom was all in. Every so often, I look over and caught her smiling: when four friends bonded over satay and laksa at a night market; when a wedding guest emerged from a limo in a blue tulle dress; when a bride walked down an aisle flanked by water and lanterns to the tune of “Can’t Help Falling in Love.”

I’d seen ‘Crazy Rich Asians’ three times before, but watching it with my mom was different.

When it was time for my mom’s favorite scene, I looked over at her and watched her eyes widen when the leading man proposed to his girlfriend in an airplane aisle. Nick opened a box to reveal a beautiful black diamond ring and pulled his fiancée into a kiss as passengers cheered and a Mandarin cover of “Yellow” played in the background. My mom was all but swooning in her seat.

I had seen Crazy Rich Asians three times before, but watching it with my mom was different. Not only did it hit every note we look for in a rom-com—gorgeous costumes, a last-minute bid to win the beloved back—it was the first time we’d seen one with characters who spoke in accented English and looked like us. My mom watched these kinds of movies for years in Vietnamese-translated Korean dramas, but never had she—nor I—seen a blockbuster production in a theater starring actors like Michelle Yeoh, who my mom had seen dozens of times in Chinese films.

Not only did the movie hit every note we look for in a rom-com, but it was the first time we’d seen one with characters who looked like us.

My mom didn’t need me to summarize certain scenes when the English was too fast, like she often did in American rom-coms. She understood every word. She even explained to me the final mah-jongg scene, which I didn’t understand until reading an article about it. “See, your mom is smart,” she told me over a bowl of pho the next day. I heard her rave about the movie to my aunties, gushing over the film’s opening scene and spoiling every detail for her friends. 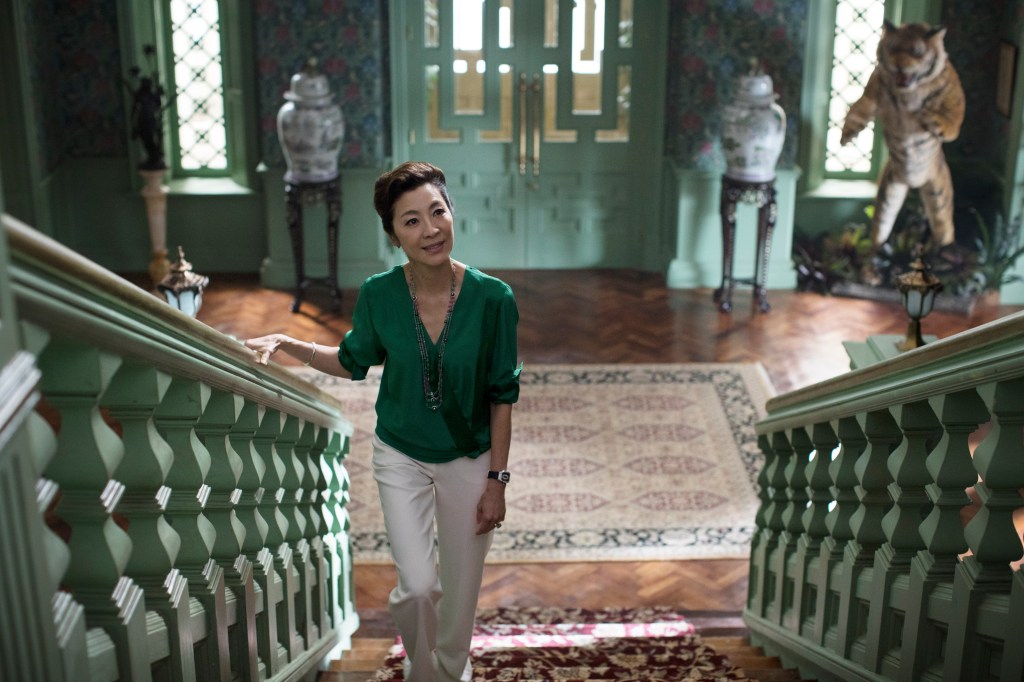 I learned something about my mom from the movie too. I recognized elements of my mom’s and my relationship in Eleanor and Nick’s dynamic: the mom’s overprotectiveness, the son moving to New York to get some space, the parental obsession of controlling the child’s life. I remembered reading a quotation from one of the film’s writers, Adele Lim, in The Hollywood Reporter: “This hold that parents have on their children is a specifically Asian thing. It presents itself in really aggressive ways sometimes, but it comes from a place of deep devotion.”

Like a lot of Asian parents, my mom was strict. I now understand that this was her form of love.

Like a lot of Asian parents, my mom was strict. Though I didn’t always agree with her—indeed, I often resented her for it—I now understand better that this was my mom’s form of love. Crazy Rich Asians made me reflect on the sacrifices my mom made for our family and of the ways she showed her devotion that I never recognized before. 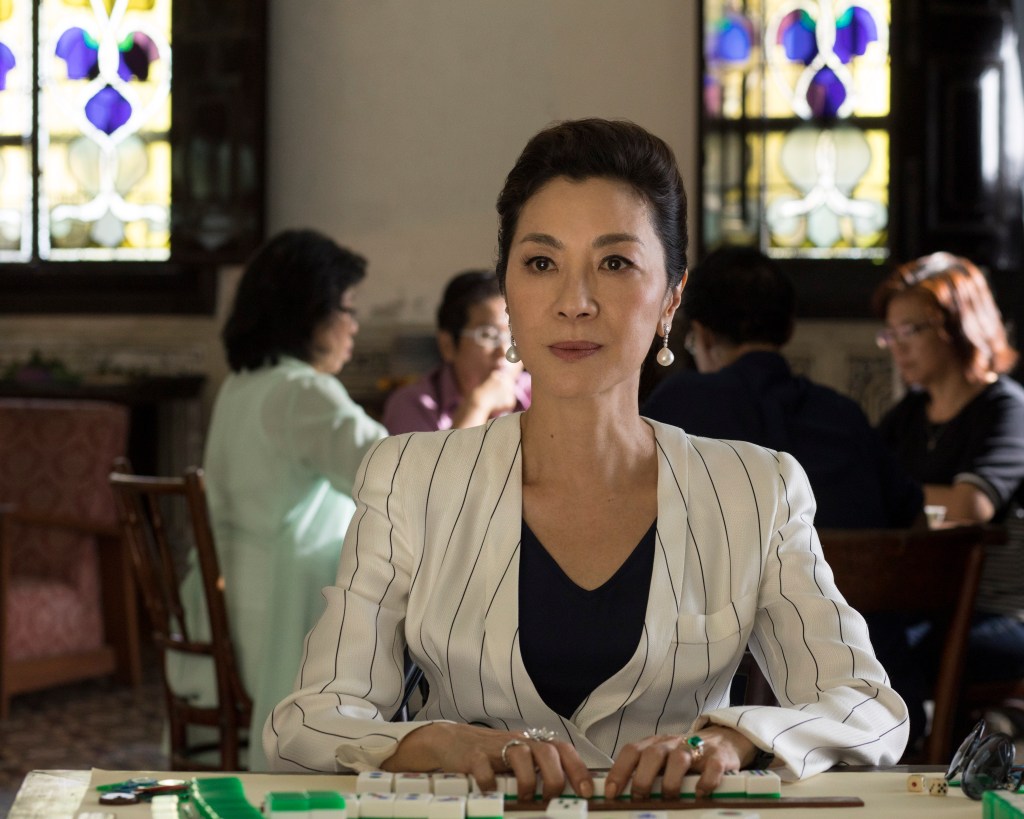 I don’t expect insights from Crazy Rich Asians—or any movie, for that matter—to completely fix my relationship with my mom. She still suggests that I apply to business school, and I still tell her no. We still don’t talk as often as we used to, but when we do, we have a new interest that’s specific to us. We talk shit about my aunties who haven’t seen the Crazy Rich Asians, and I ask her questions about the movie that I already know the answers to, just so we have something to talk about. It reminds me of how things used to be with my mom when I was younger, and for now, that’s good enough.