If you’re a fan of the Netflix original series “Orange Is the New Black,” chances are you’re going through withdrawals at the moment. The show, all 13 episodes of which were released simultaneously online last July, practically became an overnight hit, and its die-hard fans are practically panting for the now-confirmed second season, set for release this summer

Full disclosure: we count ourselves amongst those rabid fans, so when we spotted “Crazy Eyes” herself—a.k.a. Uzo Aduba, the incredibly talented actor who plays lead character Piper’s (played by Taylor Schilling) on-again, off-again prison wife Suzanne—on the red carpet at the Guess party during New York Fashion Week, we decided to pick her brain about her incredibly endearing (and covertly brilliant) character. We also had to find out how Aduba really feels about her character’s mean nickname.

And if you haven’t seen the show, head to Netflix now to watch all 13 episodes! You will not regret it. 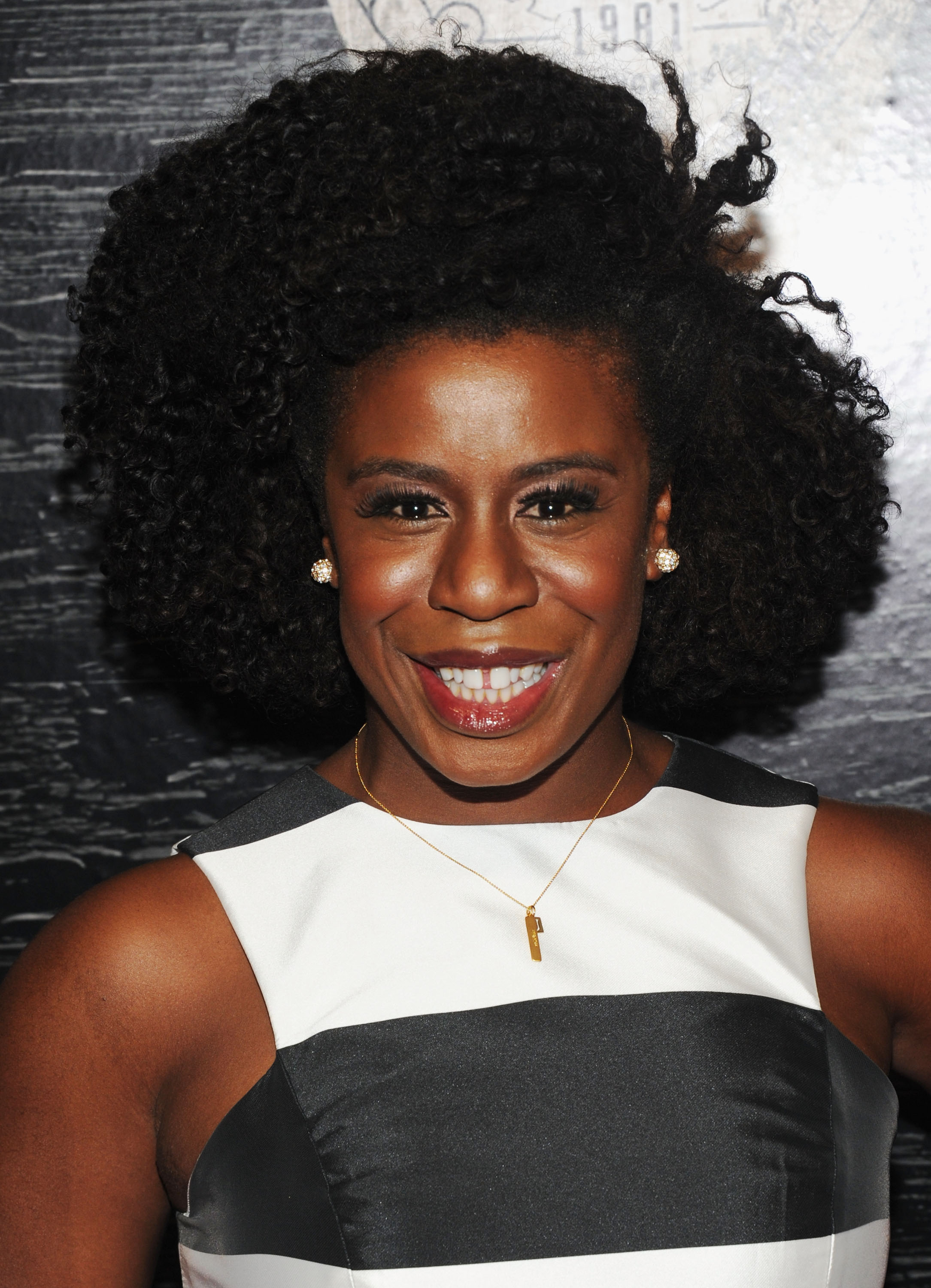 StyleCaster: How do you really feel about the fact that your character Suzanne is legitimately known as “Crazy Eyes”?
Uzo Aduba: I will give you the straight answer. There was a time when I was feeling not so okay with it. Then I started fall in love with her and understand her in such a way, that I thought she was really just misunderstood. Now, I’ve found peace with myself where I can actually affectionately call her that. It made me wonder, oh, a rose by any other name still smells as sweet, Shakespeare wrote. But I started calling her that affectionately over this past season.

SC: So you think of her as Crazy Eyes in a good way now?
UA: It depends on what her mood is. If her mood is more Crazy Eyes, I’m like… she’s Crazy Eyes. But if she’s doing something from a heartfelt, sincere place, she’s Suzanne.

SC: What exactly is the difference?
UA: I started to realize early on, this is somebody who’s misunderstood. She has a very clear point of view, who has thoughts on things from [a place] not as slanted or off-kilter place as she’s looked at, but she really has very clear thoughts. That’s really displayed in that episode when she’s mopping with Piper; and she saw the betrayal, and had no qualms sharing her thoughts on the matter. She did it in her own way, but it was very clear that what [Piper] did was wrong.

She tells her, you’re a bad person and here’s why, and she was able to articulate the reasons why. She’s not confused about who she is.