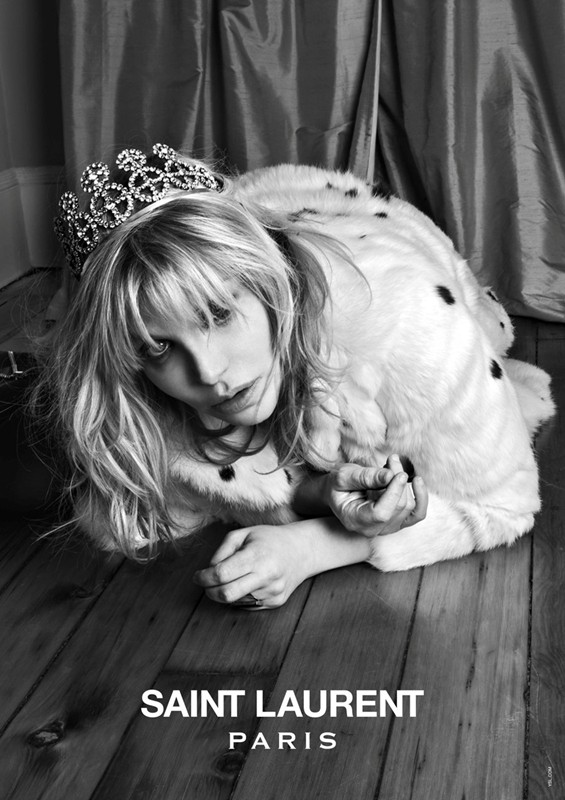 Considering Courtney Love took to Twitter after Hedi Slimane showed his anticipated second collection for Saint Laurent during Paris Fashion Week proclaiming that she was having “gasms” over the grunge-inspired show, it’s no surprise that she’s been tapped as the latest face of the brand.

For the Saint Laurent Music Project, a portrait series Slimane is spearheading, the 44-year-old French designer tapped Love, Kim Gordon, Ariel Pink, and Marilyn Manson to model his rocker-ready duds. In fact, Dazed Digital even reports that the musicians all styled themselves to up the authenticity factor. Slimane has previously featured musicians Beck and Sky Ferreira as campaign faces, so his work is clearly grounded in the stylish rock music world.

Slimane has photographed 48-year-old Love multiple times before for his blog Hedi Slimane Diary, so he obviously knew she’d be a good fit. He also has a further fascination with Love’s family, and even shot her daughter Frances Bean Cobain in a series of photos that became an Internet sensation, prompting many to wonder if a future in fashion was on the horizon for the grunge heiress (it hasn’t been—yet).

To see the rest of the Music Project, head over to Dazed!

What do you think of Love’s campaign?