Many fans want to know how much of Courteney Cox’s net worth can be chalked up to her time on Friends, especially now that there’s a reunion special coming to HBO Max. Well, those wondering have come to the right place. Allow us to dive into everything there is to know about Courteney Cox’s net worth and salary details below, but first, let’s explain how she got her start in Hollywood all those years ago.

Cox kicked off her acting career getting a taste of fame in small television roles, like in the 80’s sitcom Family Ties, where she starred as none other than Michael J. Fox’s on-screen girlfriend. And in the music sphere, you may even be able to spot Cox cozying up to legendary artist Bruce Springsteen if you take a look at his music video for “Dancing in the Dark.” Pretty cool, right? But while these appearances would probably seem like a big deal for any pop culture junkie, they don’t even compare to the level of worldwide recognition Cox finally received once she joined the cast of Friends in 1994.

Ever since she wrapped on the series in 2004, Cox has branched off to star in more TV shows. These include ABC’s Cougar Town, where she played a recently divorced woman in her 40s taking on all the hilariously messy challenges that come along with any major change. But long before Cox starred as this newly single middle-aged woman, she was taking on the role of an endearingly neurotic twenty-something on the set of Friends. For everything there is to know about how much she made from that series—along with what Courteney Cox’s net worth is at large—just keep on reading.

How much did Courteney Cox make from Friends?

When Courteney Cox was cast as Monica Geller on Friends in 1994, she joined the show with a starting salary of $22,500 per episode. This was the same amount the rest of her castmates received throughout season one, which amounted to a $540,000 paycheck per cast member by the end of the first season. By season 3, Cox and her co-stars managed to negotiate a $75,000 per episode salary—a practice they kept up until they eventually bargained for their famed $1 million per episode salary during seasons 9 and 10. Altogether, this amounted to earnings of approximately $90 million for Cox by the end of Friends. 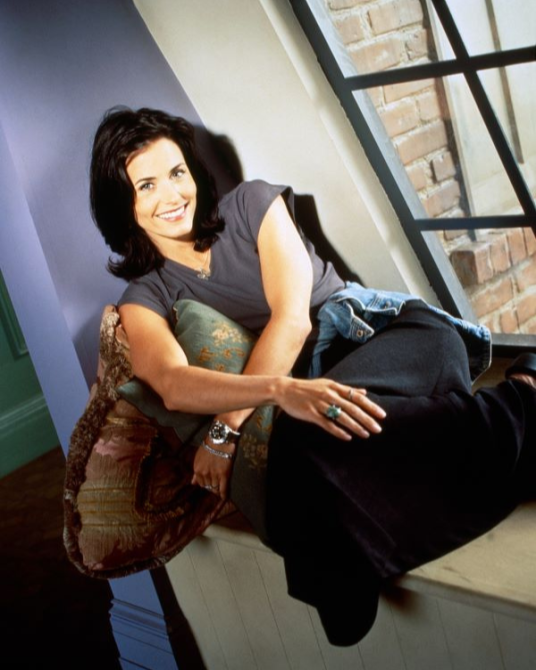 The cast is also believed to have earned around $2 million each when Netflix paid for the rights to stream Friends on their platform in 2018, as per Lad Bible. Soon after, parent company WarnerMedia acquired the streaming rights to Friends again, resulting in the long-awaited Friends: The Reunion on HBO Max. And how much are they being paid for the reunion special, you ask? Anywhere between $2.5 million to $3 million!

How much did Courteney Cox make from Cougar Town?

The former Friends star made her return to prime-time for the first time in years as the star and executive producer of ABC’s Cougar Town in 2009. The series, which ran for six seasons until 2015, earned Cox an estimated $275,000 per episode, according to The Richest. While this is certainly not nearly as much as her famed $1 million per episode salary during seasons 9 and 10 of Friends, it’s still pretty impressive. At 102 episodes total, Cougar Town easily earned Cox at least $28 million overall.

According to Celebrity Net Worth, Courteney Cox’s net worth in 2021 is an estimated $150 million. Monica would be proud!