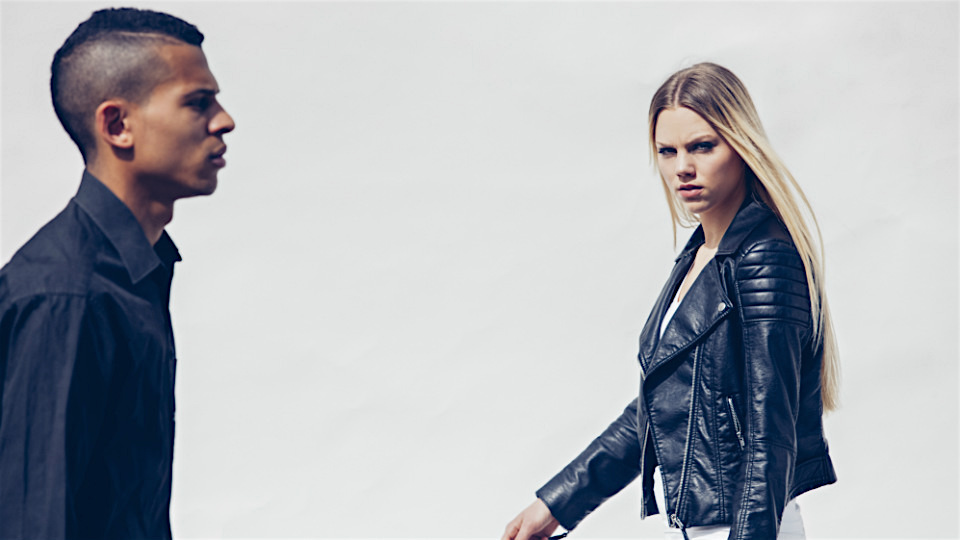 About five months after I started dating my boyfriend at age 27, I knew he was the one. A month or so after that, we began fighting—I’m talking fiery, five-alarm feuds. We probably scarred our roommates (sorry, guys) and some strangers on the streets of Brooklyn for good measure. We were that couple: not the gnat-in-your-ear bickerers, but the ones who swung from nauseating, googly-eyed PDA to devastating, knock-down-drag-out disputes. Not a good look, I know.

What did we fight about? There was my insecurity over his “friendships” with certain women who were less than thrilled about him being off the market and about me being in his life. There was his insecurity about my exes, a couple of whom we’d somehow run into (one in the adjacent bowling alley on our third date—you can’t make this shit up). There was my chronic flakiness about plans, which catapulted us into heated debates about how committed I was to our relationship. There was the fact that I’d always wanted kids, and he didn’t. “Why have kids when you can have a Ferrari?” he said only half-jokingly, to my horror.

But in spite of our throwdowns, we couldn’t get enough of each other, and a year into dating, we moved in together. “I’d rather be with you, fighting, than without you, not fighting,” he said. I know—cue the eye rolls. I naively hoped sharing an apartment would assuage some of the friction. How could either of us feel insecure when we were invested enough to sign a lease? But you know where this is going: Our battles resurfaced, this time echoing through the flimsy walls of our building. We’d fallen into a fight-and-make-up routine that wasn’t cute or sustainable, and it became clear that we couldn’t solve our problems on our own. We needed the big guns—ones with Ph.D.s.

If you’re thinking, “Who gets couples therapy in their 20s when you’re not even engaged? Just break up!” I hear you, and I heard similar refrains from some people in my life. But I, a certified serial monogamist and proud veteran of individual therapy, knew the good stuff when I felt it. We might be world-class arguers, but I’d found someone I wanted to be with all the time, who I couldn’t imagine being without, and I wasn’t about to throw in the towel.

Plenty of twentysomethings feel the same way about their relationships. A friend of a friend, Diane, a 29-year-old marketing manager in New York City, says she and her boyfriend went to couples therapy to work on—spoiler alert!—communication problems. “I asked him to go because I knew he would have to talk, and he probably agreed to appease me, but ended up liking it,” she says. “People think it’s odd or a bad sign to do it when you’re not married, but why struggle through your issues—or worse, break up—when you’re both invested in fixing things?” Their investment paid off: They’re getting married this fall. 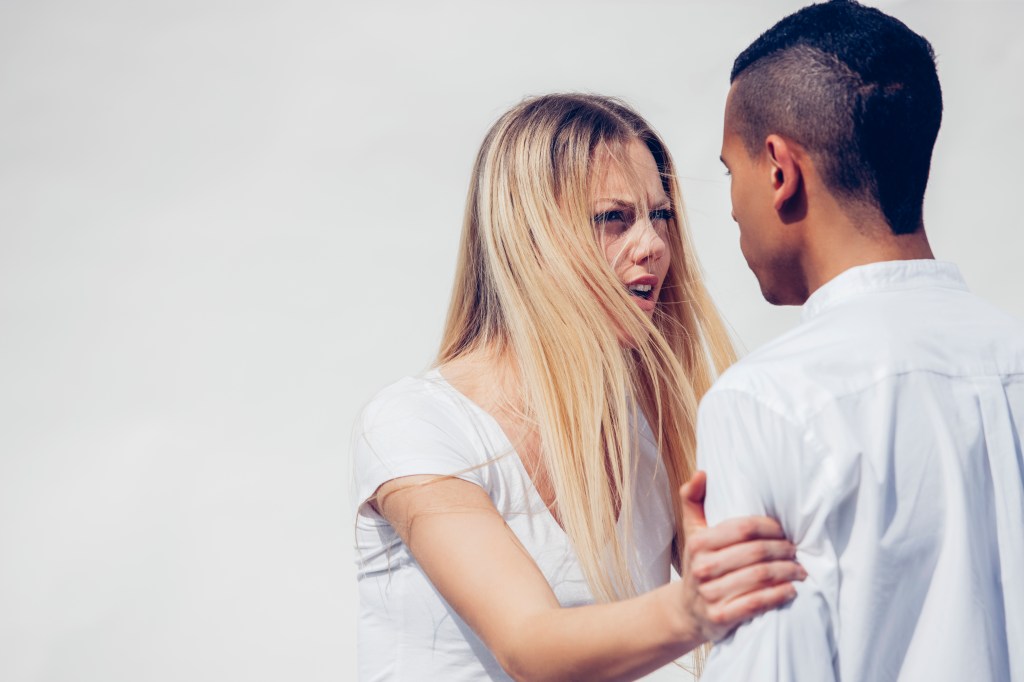 Not that tying the knot is always the goal. Experts say they’ve noticed a trend of unmarried millennial couples going to therapy. “Whether living together, engaged, or not, more young couples are seeking help—not just with the decision about whether to marry, but to address their problems more generally,” says marriage and sex therapist Laurie Watson, host of the podcast “FOREPLAY: Radio Sex Therapy.” “This generation is more willing to rock traditional, idealized values in order to find genuine happiness.”

When I brought up the idea of therapy after a particularly gut-wrenching argument, I didn’t tiptoe around it. It went something like, “You need to see a shrink and we need to get couples therapy if we’re going to have a future together!” Not an easy thing to hear, but after talking it out, he agreed to try it, if only because he knew how important it was to me. See why I wanted to keep this guy around?

Thus began our visits to three shrinks, collectively: his, mine, and ours. Our couples therapist, Dr. T., is based in California, which means we get to hash shit out on Skype from the comfort of our couch. I’ve come to count on her humor, spot-on insights, and infinite optimism. She told us there was nothing unusual or wrong with our conflicts; in fact, she said, love tends to bring out people’s darkest emotions. Our brawls were a chance for us to face the ugly stuff head-on and get closer as a result. We both opened up to her quickly, and she became an anchor that helped us ground ourselves midfight.

“Let’s not talk about this right before bed,” I’d suggest, per her advice about not letting squabbles spiral out of control late at night—a time when I tended to irrationally fixate on resolving whatever conflict was brewing. Or he’d say, when I was getting frustrated, “Remember what Dr. T. said about sharing our feelings without the other person reacting angrily?” That would whip me into shape, since I was a good therapy student who wanted to be praised for her progress. We practiced having tough conversations in front of her, and then did it on our own. Any issues we couldn’t resolve, we’d address in our next session. It was a safe space for each of us to vent and feel heard, and those strategies spilled over into real life more and more. 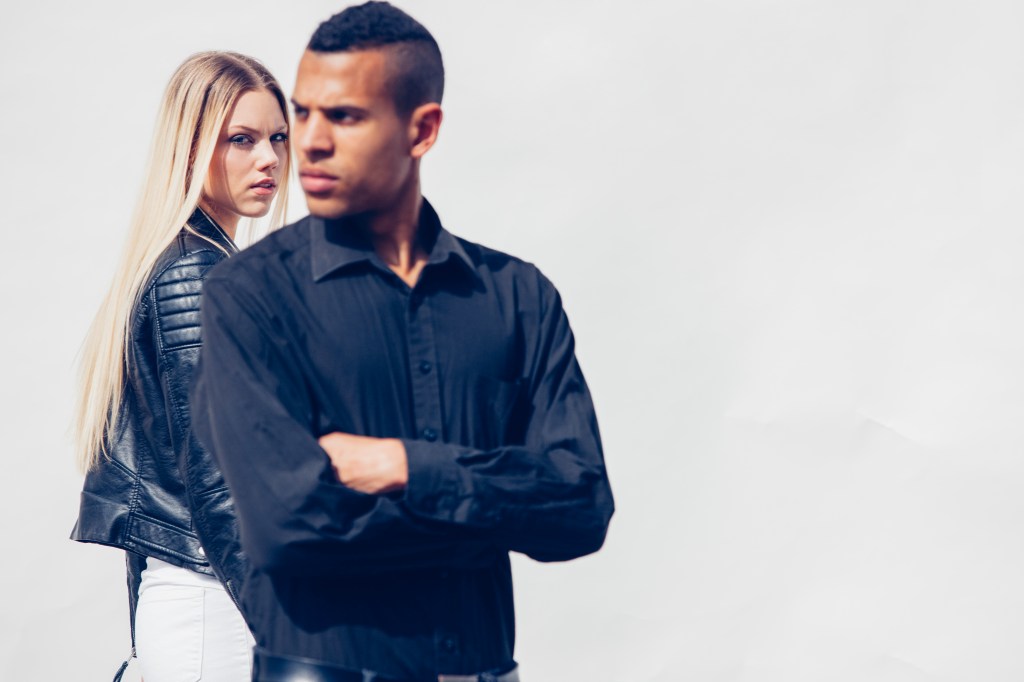 Our individual shrinks helped the process. With them, we shared private feelings without having to do it in PC couples therapy jargon (“I hear how you feel, but…”). Some people prefer to deal with relationship issues exclusively in solo therapy. My friend Steve, a 29-year-old lawyer in NYC, brought his dating troubles to a therapist. “When an ex-girlfriend first suggested it, I was very defensive, but after trying it, I was struck by how amazing it is to talk to someone objective,” he says. “Individual counseling helped me understand my needs, which I can now communicate to my current girlfriend more clearly.” Apparently: They just moved in together.

I don’t mean to paint therapy as a panacea. Our problems weren’t erased, and neither were Diane’s. “It didn’t fully resolve our issues, but it gave us tools to handle them better,” she says. “We understand each other more and faster than we would have otherwise.” Our experience has been similar, but the best part has been discovering new things about each other, like his capacity to soften up his rigid side, and my ability to make space for my feelings without being swallowed by them.

Maybe it’s true that you can’t change a person, but you can change two people together. “Couples are infinitely more flexible before marriage,” says Watson. “Every six months of therapy before marriage is worth about two years afterward. Figuring out your dynamic early on gives you power to shape your life together.” I knew I wanted a life together just a few months into dating, but now I can see and feel what that life looks like, and I’m into it. We still fight, of course. But now we can roll over in the middle of one, snap out of it, and snuggle until we fall asleep—because we know the conversation will keep until morning.