In 2010, Corey Rae was voted prom queen of her high school. She remembers the moment as clear as day: It was seven months after she began her transition, which included growing out her hair and wearing her mom’s clothes. The room went still. She made a beeline to the stage. And as she put on the crown, she looked out into the crowd, and for the first time, she felt seen. “It was the movie moment I always wanted. I always wanted to be the most popular girl in school,” says Rae, who was honored with the Impact award at BlogHerHealth19’s Voices of the Year ceremony on Wednesday.

But it wasn’t until a year later that Rae realized she made history that night as the world’s first transgender prom queen. “I had no idea what I was doing. There was no social media. There were no influencers. There was no Caitlyn Jenner. Laverne Cox wasn’t the star that she was yet,” Rae tells StyleCaster. “I didn’t realize I was the big first. I didn’t realize it was historic. But I also ran away from that.” Because of her “passing privilege,” Rae was able to live “stealth” for the next five years, with the people around her having no idea she was transgender. 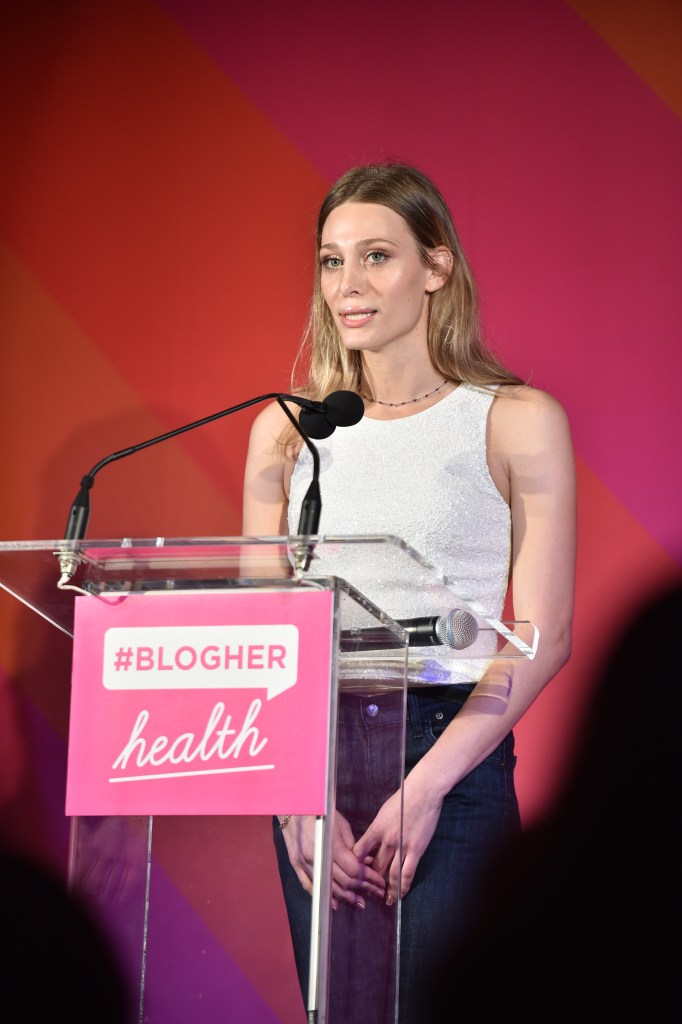 And though she discovered that she was the first transgender prom queen in 2011—after reading about another transgender woman who was named prom queen subsequently—Rae didn’t come out as transgender until a 2016 tragedy. She was motivated to use her voice following that year’s Pulse nightclub shooting in Orlando, Florida. Starting with a Facebook post titled, “Allow Me Reintroduce Myself,” Rae started writing about her transgender experience for sites like StyleCaster and soon became a powerful voice and activist for the transgender community. “The world saw me as a transgender woman, and I have since been writing about and blogging about my experience as a transgender woman in modern day and redefining what that means,” Rae said during her acceptance speech at BlogHerHealth19. “We do everything any other woman can, right? Like accepting awards.”

But Rae isn’t done yet. For Rae, the biggest misconception she hopes to change about the transgender community is that trans people are born as either men or women. “This is what I try to put out most: I wasn’t born a boy and I wasn’t born a girl. I was born transgender. And that in itself is real. I was born transgender,” she says. “Call it two-spirit, call it intersex, call it third gender, whatever you want call it. Perhaps there’s no gender at all. But what we are are individuals who were ostracized at one point and are now having a revolution.” 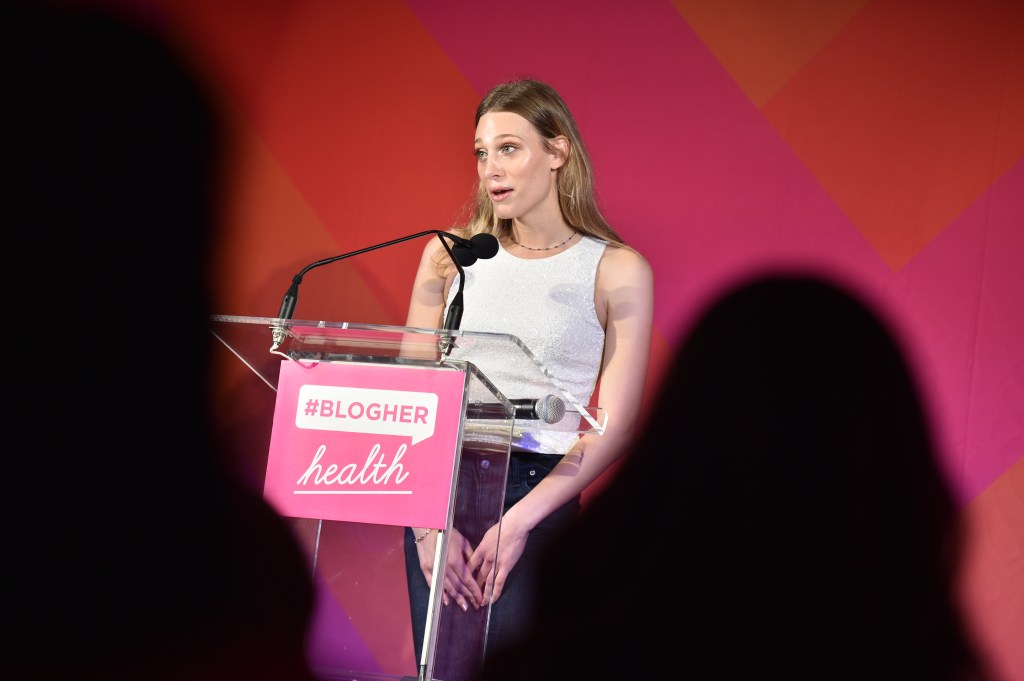 And though Rae acknowledges her platform isn’t as large as other activists, she know it’s growing, and if she can impact one person, her job is done. “My whole job as a person on this earth and body and this life is about making sure we view transgender women differently. Just by reading it, you are viewing someone differently,” Rae says. “If I can help anyone, cisgender or transgender, in discovering themselves, it’s an honor in itself.”

Along with Rae, nine other women—including March for Our Lives activist Edna Chavez, documentarian Amy Ziering and Olympic gymnast and sexual abuse survivor Jordyn Wieber—were also named BlogHerHealth19’s Voices of the Year. In her acceptance speech, Wieber talked about how a year ago she was standing at a similar podium, except she wasn’t accepting an award. She was giving her impact speech, alongside 155 other women and gymnasts who accused former USA Gymnastics doctor Larry Nassar of sexual abuse. “It’s crazy to think that almost exactly a year ago today that I stood at a podium just like this except it wasn’t on a stage,” Wieber said in her speech. “It was in a courtroom. Not only me, but hundreds of other women stood in that courtroom and gave our impact speeches, and we were able to put one of the most prolific child sexual abusers in prison for life.” 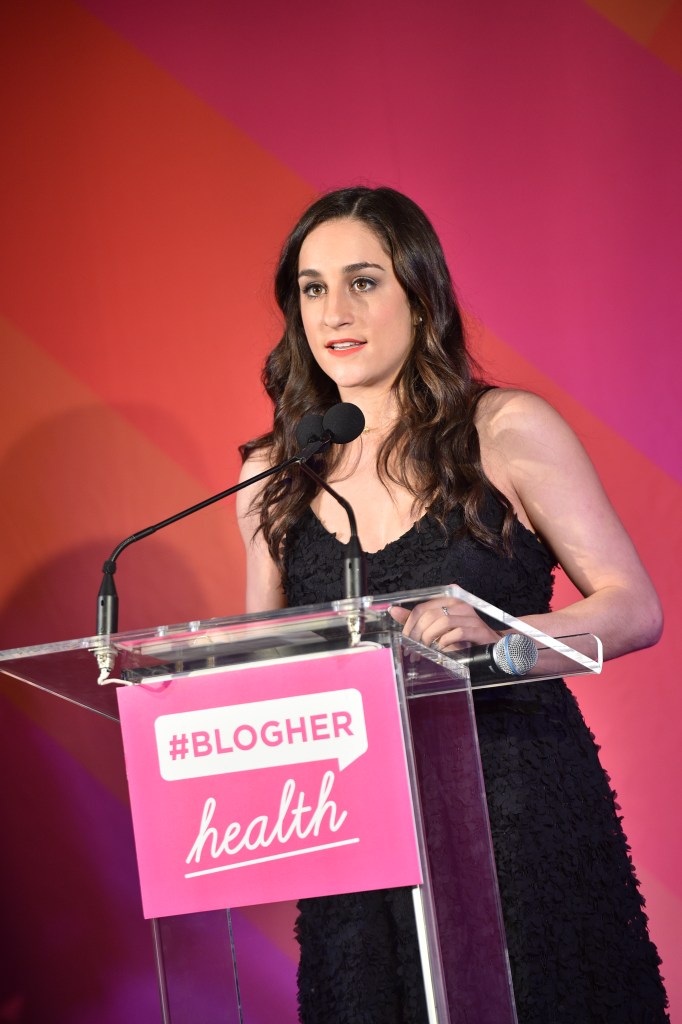 Wieber was one of the last women to come out as survivors of Nassar’s sexual abuse. It wasn’t until she saw trial begin on TV and saw her peers, including her Fierce Five teammate Aly Raisman, speak out against Nassar that she felt the courage to do so herself. “As an Olympian and as a leader in the sport of gymnastics, I felt I almost had a responsibility, and it was my duty to try to protect future girls who one day want to make it to the Olympics or the little girls who reminded me of myself when I started gymnastics when I was 4 years old,” Wieber tells StyleCaster.

Now, as a gymnastics coach for UCLA, Wieber, who retired from gymnastics in 2015, is using her power to lobby for advocacy for sexual abuse and change the sport of gymnastics, so others don’t have to experience what she went through. ”The thought of all the little girls out there who want to be gymnasts and want to be the Olympics someday, it kills me to think they would be competing in a sport that’s not safe,” Wieber said in her speech. “So that has fueled this fire in me to make the sports safer and change that culture of winning at all costs and putting money over safety of young kids … I want to challenge you all: Continue to listen and believe survivors.”