When I was in the second grade, our teacher asked us to draw pictures of ourselves. I drew a little boy with straight black hair, expressive eyes and round cheeks. But when it came to the color of my skin, I was lost on which crayon to choose. I wasn’t fair like the white kids in my class, nor was I very tan. In the end, I chose yellow—not because it was a color I was especially connected to or thought it was what I looked like, but because, somewhere along way, it was what I was told I am.

Ask almost any person of Asian descent, and they will have a story about the color yellow. For actress Ariana Zhang, who’s Chinese-American, it’s when her white friends told her that a gold dress would “blend in” with her skin. For journalist KiMi Robinson, who’s Japanese-American, it’s when her mother was warned against having yellow walls because she would be “washed out” in her own home. For writer Claire Low, it’s when her mother forbid her from wearing yellow as a child. Their stories are different, but there’s a similar theme: Asians are yellow, and there’s something wrong with that. “There were definitely moments where I would personally choose to wear other colors because I didn’t want to draw attention to myself and have people be reminded that I was one of the few ‘yellow-skinned’ people in the room,” says Winnie Ly, who’s Chinese-Canadian. 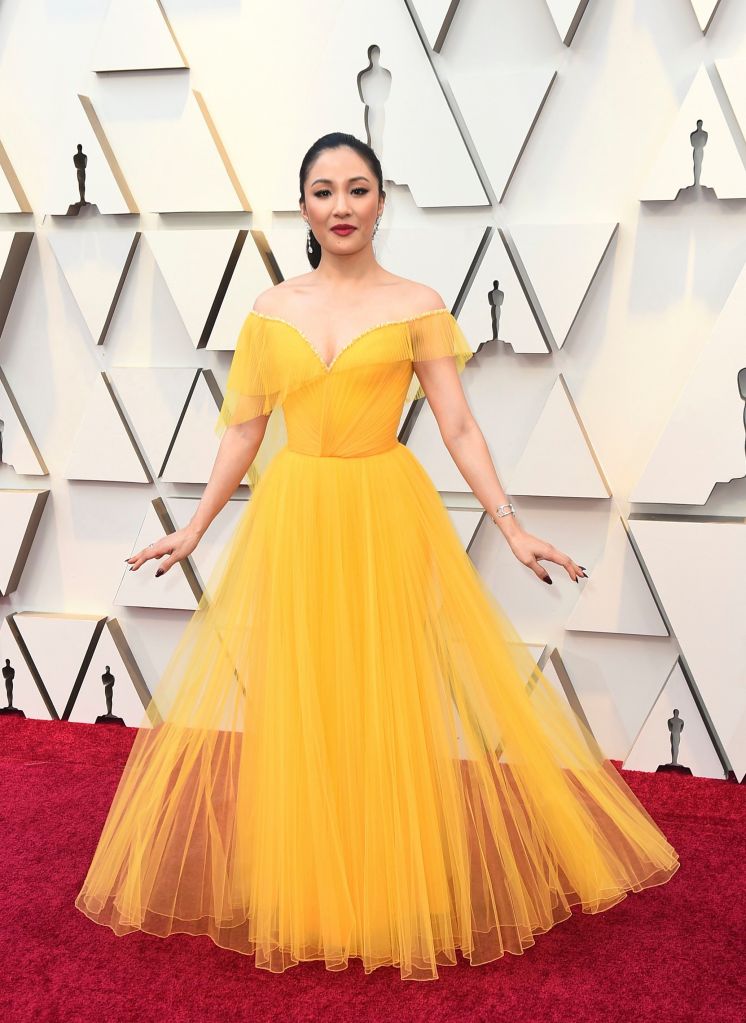 The Asian community, specifically those of East Asian descent, has had a complicated relationship with the color yellow for centuries. It dates back to the late 1800s when the first Asian immigrants came to the United States, and white Americans referred to them as the “Yellow Peril” or the “Yellow Terror.” Since then, yellow has been used as a slur toward the Asian community, and though it’s been a long time since the “Yellow Peril,” the color and its connotations still have a lot of weight for the Asian community—and the choices we make when it comes to what we wear and how we present ourselves.

That’s why when Constance Wu attended the Oscars over the weekend, in an ethereal, off-the-shoulder yellow Versace dress, Asians across the internet took notice. Wu’s dress—which she wore as she floated down the red carpet, twirling her marigold tulle and smiling for the cameras—was more than a pretty dress. It was a way of reclaiming a color that has long been used to marginalize the Asian community, and the significance of her wearing it to the most-watched Hollywood event of the year wasn’t lost among Asians. “I saw her walk out on the stage, and I legitimately almost burst into tears,” Zhang says.

However, Wu’s dress is only a small part of a larger movement of Asians reclaiming the color yellow. The dress itself was inspired by Wu’s Crazy Rich Asians director Jon M. Chu’s letter to Coldplay, explaining the significance of the song “Yellow” and why he wanted to include it in his movie. “[Yellow] has always had a negative connotation in my life. That is, until I heard your song,” Chu wrote. “For the first time in my life, it described the color in the most beautiful, magical ways I had ever heard.” Reclaiming yellow via fashion is also what led activist Velvet Nguyen, who’s Vietnamese-American, to create her T-shirt line, Yellow aPeril, in 2017. The line’s first and signature item is a bright yellow T-shirt with a tiger and the words “Yellow Peril” on it. “In western history, the color yellow was associated with fear, bigotry, and exclusion against Asians,” Nguyen says. “I intended to reclaim this power, and use the color yellow to embrace and empower the Asian community.”

Still, it’s important to note that not every Asian ethnicity identifies with the color yellow. Many South and Southeast Asian communities, like those of Filipino and Indian descent, consider themselves “brown Asians,” which is an issue Nguyen and other Asian activists hope to tackle. “While the color yellow itself is not entirely and accurately representative of the range of skin colors and cultures within Asia, the western fear of ‘Yellow Peril’ was used to broadly paint that brush against all of us. Therefore, it was crucial to me to use that same color to empower all of us,” Nguyen says. “In the future, Yellow aPeril plans to expand the physical representation in colors, and I hope that, globally, Asian activism becomes more representative in discourse and movements as well.”

Though Wu’s dress isn’t representative of all Asians, for those, like Zhang and Low, who grew up with shame around the color and were told not to wear it, watching an Asian-American movie star walk the red carpet at the Oscars in an unapologetic, yellow gown was huge. “It showed everyone—especially me, a little girl who was once told I couldn’t wear yellow because I am yellow—that she belongs on that red carpet, that she has arrived,” Low says. “We didn’t have an Asian Cinderella story; now we do.” 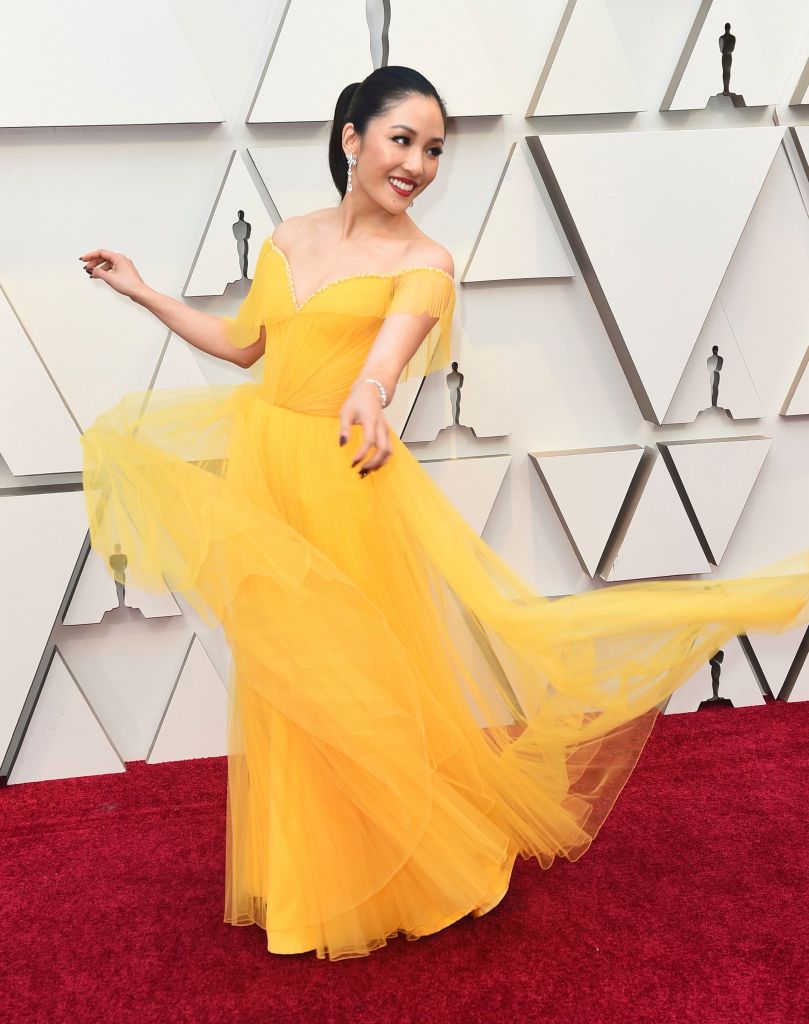 Growing up, I was always confused by the color yellow. I didn’t know a single person with yellow skin, so I never understood why it was the color used to describe Asians. Asians didn’t choose the color yellow, but it’s something we’re starting to embrace. We’re not ignoring its history; we’re reclaiming it, and Wu’s dress is only a start.