Constance Wu is no stranger to a red carpet. The actress has attended a number of events in truly stunning attire—and Wu’s 2019 Golden Globes look is no exception. The star, who received a Best Actress – Comedy/Musical nomination for her work in summer’s Crazy Rich Asians, hit the 76th Annual Golden Globes red carpet in a massive champagne ball gown fit for a ballerina, a queen or honestly, both.

Wu’s gown was comprised of two structured parts: a sleekly constructed bodice and a fluffy tulle skirt. Cinched at the waist—and tied with a velvet bow—Wu’s gown offered the perfect balance of chic sophistication and whimsical fun. Business on the top, party on the bottom—and stunning all-around. And we’d be remiss not to point out that the bow tying Wu’s dress is burnt orange, a shade that promises to dominate 2019 (as far as trend forecasters are concerned). 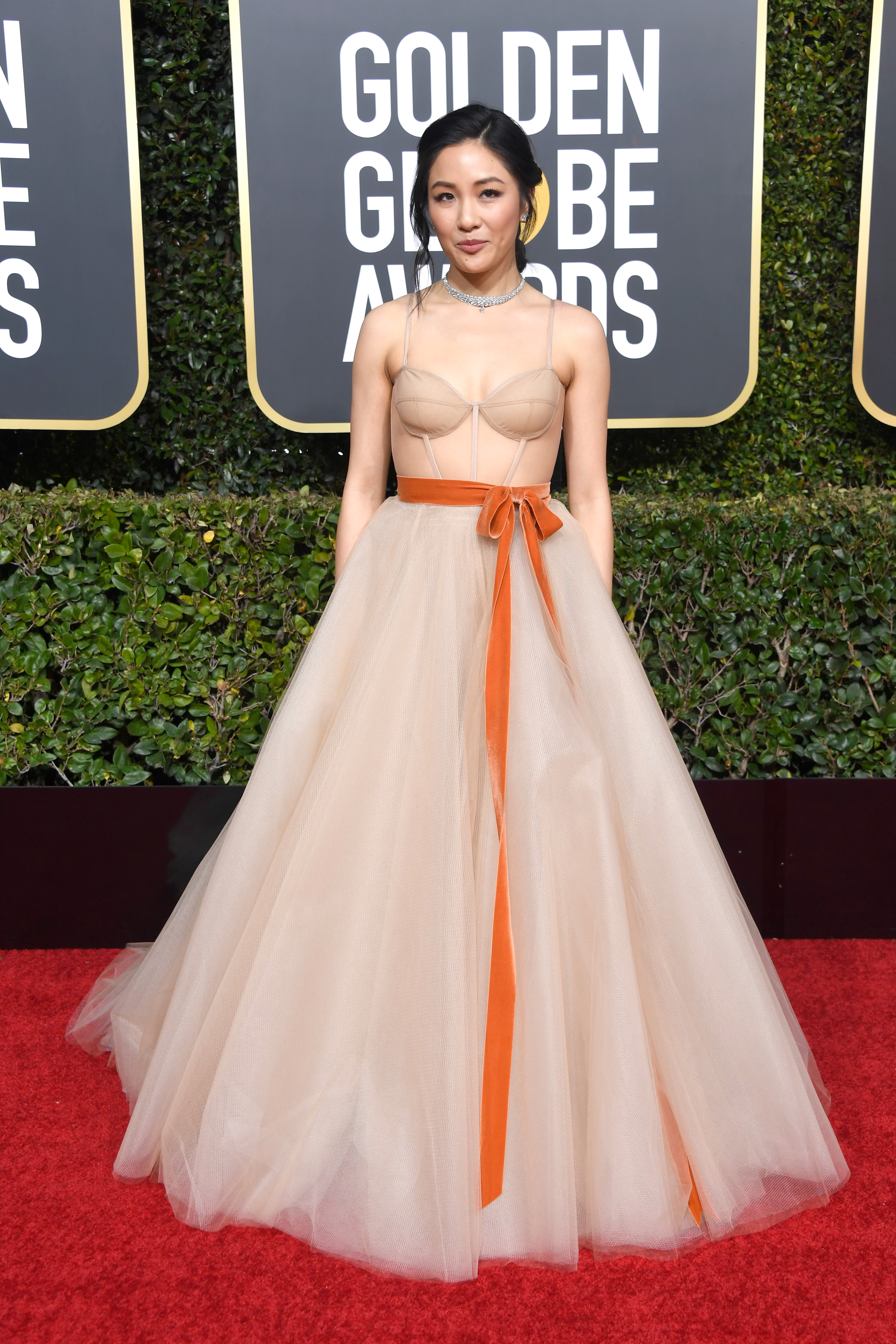 Wu topped off her beautiful look with an intricate diamond choker—one thick enough to demand attention, but thin enough not to overpower her entire look. She complemented her incredibly glamorous gown with a semi-messy updo; the low bun furthered the ballerina vibes inherent to her delightful tulle skirt, and the loose curls framing her face kept her look from skewing too serious. Fun, delightful and chic at the same damn time—a perfectly crafted Golden Globes ensemble if we’ve ever seen one.

Though Wu’s look is delightfully iconic, even more iconic is her historic nomination; Wu is the first Asian actress to receive a Best Actress -Comedy/Musical nomination since 1974. The category will be one of the last announced tonight, with Emily Blunt, Olivia Colman, Elsie Fisher and Charlize Theron also nominated for the award. Regardless of who wins the category, we’re excited to see Wu making history—and doing so in serious style.