As the man in the cat suit who almost got Bachelorette Katie’s “First Impression Rose,” fans want to know all The Bachelorette 2021 spoilers about Connor Brennan they can read to know whether he and Katie are purr-fect for each other.

Connor B. is one of 30-plus contestants on season 17 of The Bachelorette with Katie Thurston. Katie a 30-year-old bank marketing manager from Renton, Washington, was announced as the season 17 Bachelorette at the “After the Final Rose” special for season 25 of The Bachelor with Matt James in March. Katie was a contestant on Matt’s season and was eliminated in 10th place, which makes her one of the earliest Bachelor or Bachelorette eliminees to become the lead of her own season. (Michelle Young, a 27-year-old teacher from Edina, Minnesota, was also announced as the season 18 Bachelorette. Her season will premiere later this year.)

As a former nuclear engineer, a math teacher and a cat lover, it seems like Connor B. checks a lot of Katie’s boxes. But how far does he make it on her season? Ahead are The Bachelorette 2021 spoilers about Connor B. we know so far. 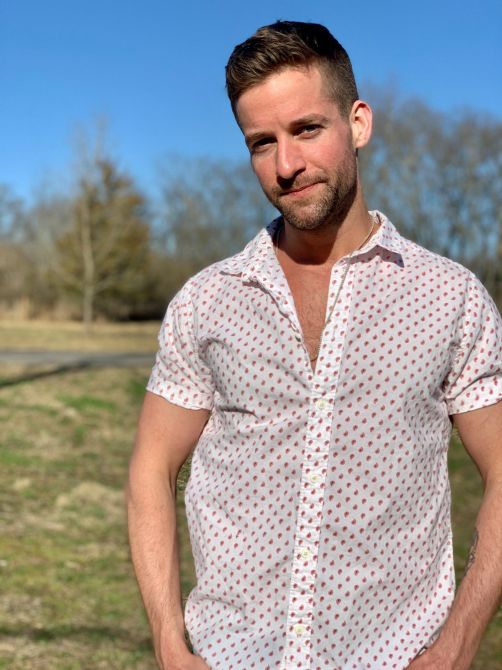 Who is Connor B. from The Bachelorette?

Connor B. is a 29-year-old from Nashville, Tennessee. In his Bachelorette bio, Connor B. described himself as “lovable, quirky and charming” and someone who “owns his nerdy side.””Connor B. definitely owns his nerdy side, but he is not afraid to poke fun at himself. Connor B. is looking for a woman who will share his enthusiasm and zest for living every day to its fullest,” his bio reads. “He describes his ideal partner as genuine, kind, socially accepting and open-minded. He wants someone who will build him up and will love his family as much as he does.”

His bio continues, “She should also enjoy a good multi-location date with a theme because when Connor B. wants to impress his date with a good time, he likes to go all out! Connor B. says his one major dealbreaker is a woman who doesn’t respect waiters because there is no place for any bullying in his life. Sounds like he and Katie already have something major in common!”

For his fun facts, Connor B. listed the following:

– Connor B. loves dressing up and is the proud owner of his own tux.

– Connor B. claims he can eat cereal faster than anyone.

– Connor B. dreams of going to Italy and overindulging on pasta.

In The Bachelorette season 17 premiere, Connor B. introduced himself to Katie in a cat suit. Later in the episode, he gave Katie her own cat ears and was one of the first men to kiss her. Naturally, his drawn-on whiskers transferred to her face. Though Connor B. (and viewers) expected Katie to give him her “First Impression Rose,” the contestant who got the rose was Greg. In an interview with Us Weekly in June, Katie explained why Greg got the rose over Connor.

“What I loved about Greg is he was just true to himself, which was this very nervous, very uncomfortable guy,” Katie said at the time. “He didn’t try and act cool or, like, be this guy that he’s not. He was just like, ‘This is me and I’m really freaking scared.’ And I thought it was really endearing, you know? And I could tell as long as he opened up, there was something more there. And so I thought, you know, giving him the first impression rose would give him that validation of, ‘I’m into you. Let’s figure this out.’”

She continue of Connor B., “Well, first of all, he’s dressed as a cat and he did his research on me. I love my cat so much. Then he has these ridiculous jokes that made me laugh. He’s handsome. And honestly, he was the first name I remembered by heart. I was like, ‘I know him, Connor, the cat.’ That’s what I called him and he’s just a great guy.”

What is Connor B.’s job?

In his Bachelorette bio, Connor B. revealed that he works as an eighth-grade math teacher and has a master’s degree in medical physics. He’s also worked as a nuclear engineer before he became a teacher and a reality TV star. Along with math and science, Connor B. is also a talented musician. He has two songs on his Spotify: “rough draft,” which has been listened to more than 1,100 times, and “Back to You.” In his Instagram bio, he describes himself as a songwriter and a “dueling pianist.”

Does Connor B. win The Bachelorette?

So…does Connor B. win The Bachelorette? No, he doesn’t. The winner is Blake Moynes, a 30-year-old wildlife manager from Ontario, Canada, who became a surprise contestant on Katie’s season in episode 4. As Bachelor Nation members know, Blake was also a contestant on season 16 of The Bachelorette with Clare Crawley and Tayshia Adams, where he was eliminated in ninth place. According to Reality Steve, Blake proposed to Katie at the Final Rose Ceremony, and they’re engaged and still together.

As for who else makes it to the end of Katie’s season, Reality Steve reports that her four finalists who receive Hometown Dates are: Andrew Spencer, a 26-year-old pro football player from Vienna, Austria; Justin Glaze, a 26-year-old investment sales consultant from Baltimore, Maryland; Greg Grippo, a 27-year-old marketing sales representative from Edison, New Jersey; and Blake. According to Reality Steve, Connor, however, is a contestant on Bachelor in Paradise season 7. For more spoilers about The Bachelorette 2021, click here.