When you think about Friday Night Lights, you think of Connie Britton — end of story. Britton’s Tami Taylor is an icon, plain and simple, which made it all the more surprising when Connie Britton’s revealed her Friday Night Lights movie removal back in 2004. Luckily, the series producers were able to spot a shining star when they saw one, and Britton landed the role of Tami Taylor shortly thereafter.

Here’s how Britton told us things went down at the #BlogHer19 Creators Summit: “I did a movie of Friday Night Lights where I basically ended up on the cutting room floor,” the actress shared. “When I was watching it, I thought they had made my character mute.” Ouch!

“When they came to me and said, ‘We’re going to make a TV show, why don’t you do that part on the TV show?’ I was like, ‘Why would I do that?’” Britton continued. “We had a long conversation about it.” Ultimately, Britton and the Friday Night Lights team agreed on a vision for her character: “We saw it as a great opportunity to give the women of that community a voice,” Britton explained, before joking: “Which, of course, they have.” 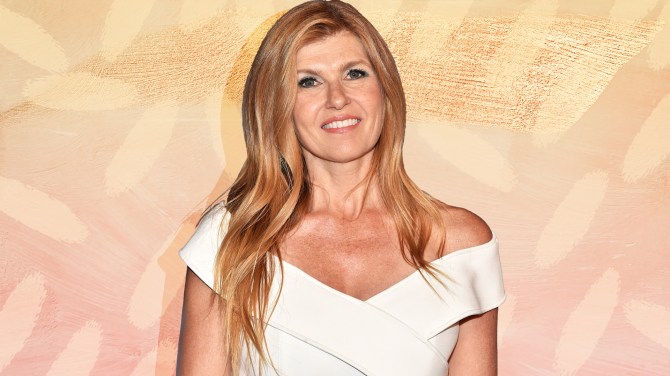 Britton’s portrayal of Tami Taylor also struck a personal chord for the actress. “Tami Taylor in Friday Night Lights was somebody who lived in a very traditional world,” she said. “I grew up in the South and I grew up in an environment similar to that.” Britton’s means of empowering Tami’s character came from many of her childhood experiences: “The women I grew up around — [I loved] watching how creative they were with empowering themselves, using sense of humor, and gracefulness — and at the same time, learning that this is how, as a woman, I hold on to power.”

We speak for all Friday Night Lights fans when we say that however, Britton was finding Tami’s empowerment, it worked.