“Love Story” isn’t just a tear-jerker of a film; for many of us it marks the first and last time we saw examples of truly inspiring classic collegiate fashion. In the 1970 movie, Ali MacGraw falls backwards to the ground and perfects her snow angel while wearing a black pea coat and striped maroon Harvard scarf as Ryan O’Neal eggs her on. A few scenes later, her character, Jennifer Cavalleri, strolls the campus of Radcliffe College wearing a tomato-red tartan skirt, ballet flats, and that same pea coat. Girls everywhere saw the film and assumed their college wardrobe had been decided for them because, honestly, how much better could it get?

Once upon a time, privileged young women who strolled Vassar’s campus did so clad in a predictable collegiate “uniform:” roomy Bermuda shorts, cashmere V-neck sweaters, and Oxford shirts borrowed from their Harvard brothers. Oh, and plaid—so much plaid you could mistake students for members of the Edinburg Academy Pipe Band.

In the 1940s, ‘50s, and early ‘60s, Brooks Brothers and J. Press, the original peddlers of high-prep pageantry, knew where their bread was buttered: both set up shop within walking distance of Harvard and Yale and maybe, just possibly, had as much a hand in inventing collegiate fashion as Rihanna has in making us think Pumas are acceptable work attire.

Every so often, classic collegiate fashion appears like a bizarre blip on our modern radar. It happens during our annual autumnal viewing of “Love Story,” where MacGraw’s poor-girl-at-Radcliffe somehow manages to string together enough loot to buy Merino wool turtlenecks, that aforementioned tailored pea coat, and red tights/tartan skirt so elegantly matchy-matchy they’ll make you consider raiding your mom’s teenage wardrobe—until you realize that’ll make you look like a try-hard. It happens when you flip through a magazine and a wheat-haired Ralph Lauren model is wearing a rugby sweater and captain’s hat in what could double as an ad for yacht hardware or the Nantucket tourism board. 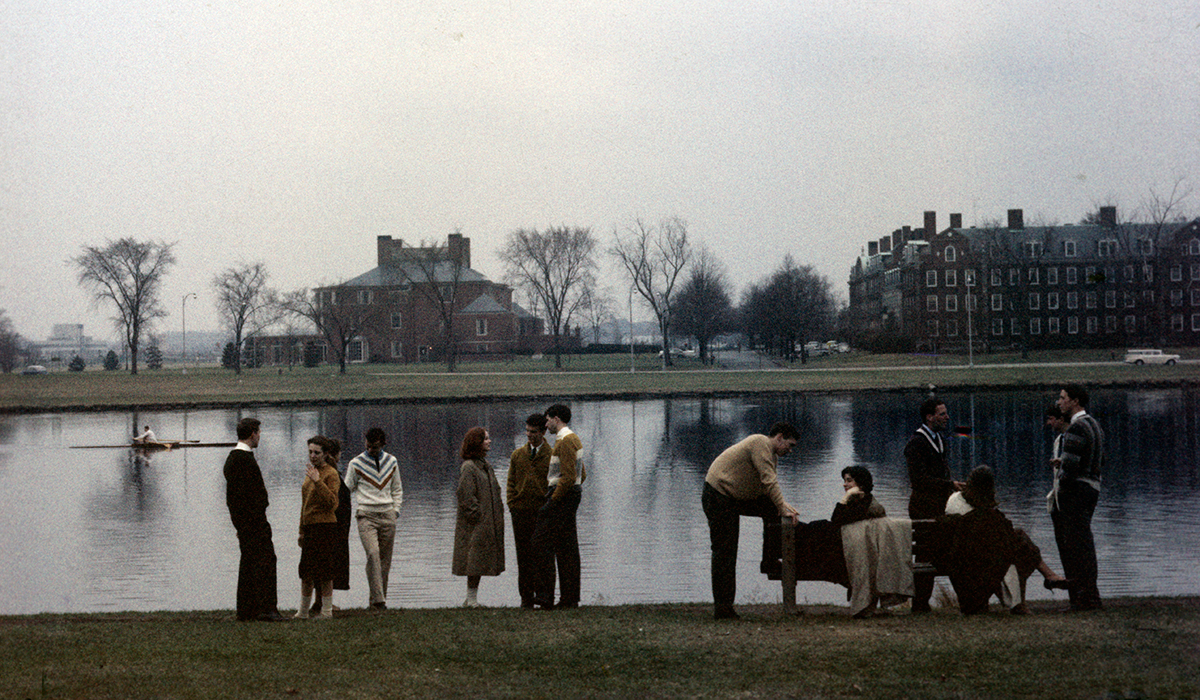 For a second you might catch yourself envisioning students dressed by Lauren himself on every exclusive campus from Stanford to Brown. But make no mistake: collegiate fashion is dead. Buried. And odds are it’s never, ever coming back.

If there is such a thing as collegiate fashion in 2016, the theme is individuality and “comfortable chaos,” says Boston-based blogger Jacqueline Dunn of 7th & Willow, who says the most common college uniform for women consists of yoga pants, baggy sweatshirts, and UGGs.

“It’s unplanned and more or less requires a sniff test and stain scan,” says Dunn. “I think the reason for this lack of effort to dress up for class is the level of comfort on college campuses has changed. It’s a home for four years and has become just that. A place where you wear just what makes you comfortable and putting an effort into an outfit requires that much more brainpower. Not to mention, ‘athleisure’ clothing has made great strides and not only is it comfortable, but stylish and on-trend too.”

The uniform that was once as much a symbol of the wealthy, educated class as a trust fund has become little more than an unoriginal Halloween costume you wear when you don’t want to break the bank. One of the culprits behind the collapse of collegiate prep is the countless films and TV shows that have turned “preppy” into a meaningless term and a mask you can put on and remove at the end of the night.

MORE: 41 Outfits to Copy All Fall and Winter Long

Hollywood is a repeat offender when it comes to hijacking prep’s New England, WASP-y roots. It sexualized the plaid school skirt and blazer that Alicia Silverstone wore in “Clueless” and gave Zack Morris the nickname “Preppy” in “Saved By the Bell”, even though he was from a middle-class family and seemed to be loyal to PacSun ensembles.

Movies and TV shows set on the East Coast are just as guilty. In “Cruel Intentions,” Selma Blair‘s character wears a green sweater tied around her shoulders, while Sarah Michelle Gellar‘s character is dressed in a black two-piece skirt suit with matching giant brim hat — they’re at the park, but might as well be at a costume party posing as a ’50s mother and her overgrown child. In “Gossip Girl”, Blair and Serena paid tribute to preppy fashion, but also mocked it by pairing headbands with plaid miniskirts and thigh highs and Lilly Pulitzer dresses and giant pink Barbie belts. The nail on the coffin was the “Gossip Girl” clothing line released by Romeo & Juliet Couture in 2011. Prep had officially become a costume. 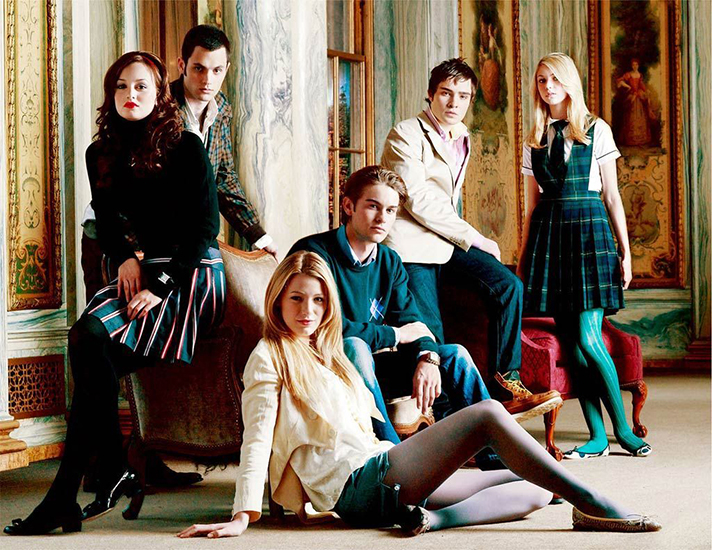 It’s not that prep styles on college campuses are a completely dead-in-the-water idea—it’s that they’ve evolved to the point where it’s nearly impossible to call them prep. When The College Prepster blogger Carly Heitlinger shows off her impeccable style, it usually consists of a combination of plaid button-down shirts, Hunter boots, puffer vests, and striped swimsuits—minimalist prep meets active girl on the go. Lemonstripes blogger Julia Dzafic, who, while not in college, is a Connecticut native with serious prep credentials, boasts an elegant style that fuses L.L. Bean boots with ripped jeans, oversized scarves, and more stripes. Her lobster-print sweater is all prep, but there’s no denying both she and Heitlinger are influenced by today’s trends and even street style.

“The ‘uniform prep’ that once defined collegiate fashion is perceived as a ‘traditional’ style that no longer fits into the lifestyle of modern-day millennials,” says Stephanie R. at styling firm Sitting Pretty Styling, who credits this shift to Silicon Valley and the “office casual” style of tech-startup industries. “Many startup founders sport the casual hoodie look—Mark Zuckerberg has explained in interviews he dons the same gray t-shirt because it allows him to clear his mind for bigger decisions. In a world with constant technology and news and information being thrown at modern-day millennials, it is no longer cool to spend time thinking of looking put-together, but rather, making time for bigger decisions and life moments.” 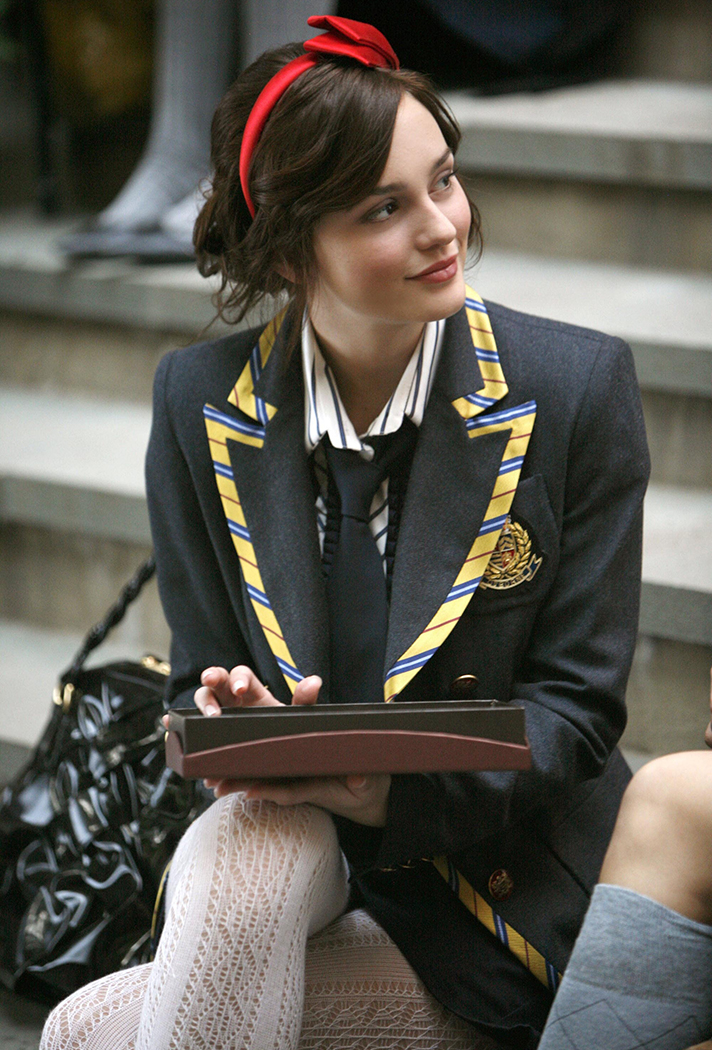 Startups can certainly shoulder some of the blame (or credit, depending on how you look at it) for killing collegiate fashion. But if Ivy-League chic died sometime between the ‘60s and now, it stands to reason that there are other murder suspects among us. Perhaps the most important one: the American Dream in its most meritocratic form—a promise that all Americans, regardless of gender or what their daddies do for a living, have the right to prosper if they work hard. More and more women and minorities enrolled in college in the ‘60s and ‘70s. Universities became more egalitarian. And what fashion historian Amber Butchart refers to as the “influence of British men’s dress on American style” in her book Nautical Chic started to feel out of touch with young people whose family backgrounds did not resemble those of the Boston Brahmins.

“Yachting and regattas such as those at Cowes on the Isle of Wight and Henley in Oxfordshire set the styles for future society events, and reporters were sent to cover the fashions for the American press and trade,” Butchart writes. “Moving with ease from the universities of Oxford and Cambridge to the elite schools of the States, rowers at Princeton had also adopted the blazer and flannels for graduation, ensuring the quintessential yachting and rowing ‘uniform’ became indelibly associated with Ivy League campuses.”

Closely related to this is the fact that multiculturalism and global fashion trends, which have become instantly available thanks to the Internet, continue to prove more influential than traditional looks that connote Caucasian, old money wealth. Even Banana Republic, synonymous with affordable classic collegiate prep, derived more inspiration from India than Martha’s Vineyard when it showed a Spring/Summer ’17 collection of orange jumpsuits and silky, mod striped PJ tops and bottoms. When Olivia Palermo, the ultimate Greenwich prep socialite and BR’s brand ambassador, opts for exotic over all-American classics, you know the definition of the word ‘prep’ has changed considerably. 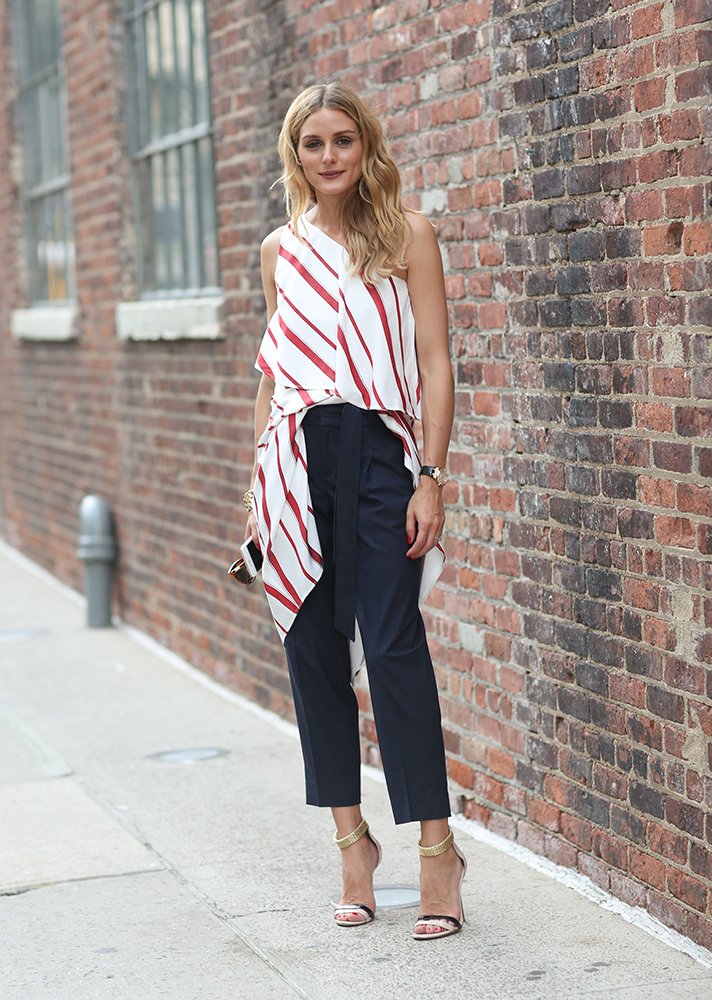 “Millennials are a generation known for following their own beat, in all aspects of life, including technology, work … and even when it comes to style,” says Jia Wertz, founder of women’s dress boutique Studio 15. “The once-popular collegiate fashion doesn’t speak to this new generation—they are the new YouTubers, fashion bloggers, Instagrammers, for whom having a unique personal style is a currency to gain followers and create a personal brand. Standing out and breaking the rules is the name of the game, which puts retailers like the Gap and Brooks Brothers in a position to close down stores. Market research shows that millennials are less attached to brands, making any type of ‘uniform’ look even less appealing.”

The proof of this is in the number of preppy clothing outlets that have shut their doors in recent years. The Gap made headlines in 2015 when it announced it was closing a quarter of its stores. This revelation came at the same time both Abercrombie and Aeropostale suffered loses and J. Crew fired 10 percent of the workers at its corporate headquarters, hiring Madewell’s head of design to take over its women’s design collection. 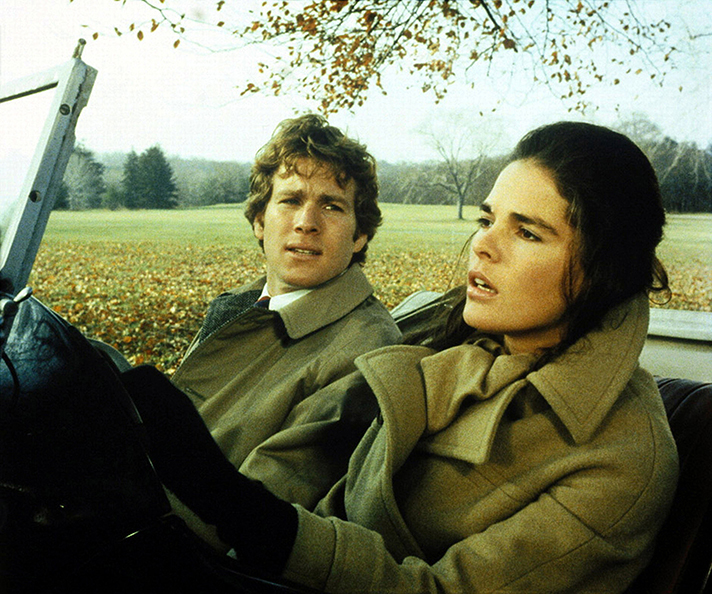 In an interview with Business Insider, retail and branding expert Robert Burke explained why J.Crew was backsliding: “The customer wants to know that they can depend on the brand to address their needs, and I think that is something Madewell is doing so well and has J.Crew probably lost its way a bit.”

Companies like Vineyard Vines cater to the preppy college market, but they do so by selling ties featuring the logos of different schools (including the University of Florida, Auburn, and, of course, Yale and Harvard). Hillflint, a sweater brand that launched in 2012, partners with universities to offer knitwear that appeals to millennials’ sense of nostalgia with vintage-inspired logos and graduation years emblazoned across the chest. L.L. Bean duck boots are a staple for students at Northeastern colleges, but they’re a lot more practical than bow ties, and can be worn long after graduation. The major differences between how these brands are appealing to college kids and how Brooks Brothers once did is simple: they aren’t selling young people aspirational clothing. They are meeting students where they are right now and giving them something that reflects their current status, which can be mixed and matched to suit an individual’s style, rather than worn as a wholesale, head-to-toe look.

Today’s college experience is about cultivating one’s individuality and personal style, rather than grooming oneself for entry into one narrow definition of American success. The disappearance of collegiate style and the evolution of prep on campuses is nothing more than a reflection of that new reality.