Riverdale fans, we know you’re trying to still process this one, but Cole Sprouse and Lili Reinhart’s breakup body language analysis is giving us so much anxiety. In case you didn’t know, the former love-birds of nearly two years called it quits sometime this summer and it all came to a very awkward head over the weekend at San Diego Comic-Con.

Though many fans initially thought Cole and Lili had some massive blow-up fight at SDCC, E! is reporting the couple might have been dunzo for quite a while now. “Lili and Cole broke up earlier this summer,” a source explained. “The two are not living together this season.”

Now, body language expert Blanca Cobb is analyzing Sprousehart photos from Comic-Con and giving us a little more insight into their current state of emotions.

In one photo, Cobb suggests that Lili is lost in her emotions. “In this photo, Lili has a subtle expression of sadness on her face while she’s looking down,” Cobb told Cosmopolitan. “The zoned-out look of her eyes suggests that her mind is deep in thought with her arms crossed in a self-hug that provides comfort.

In another photo, Lili seems to be operating on autopilot–just for the cameras. “As if on autopilot, she’s giving a polite smile not a genuine one (where the corners of the eyes crinkle and cheek muscles push up showing the top teeth),” Cobb revealed. “Lili has her arms pulled tightly by her sides with her fingers interlaced in front of her chin, which is a self-protective gesture. You pull into yourself when you’re anxious or uncomfortable.” 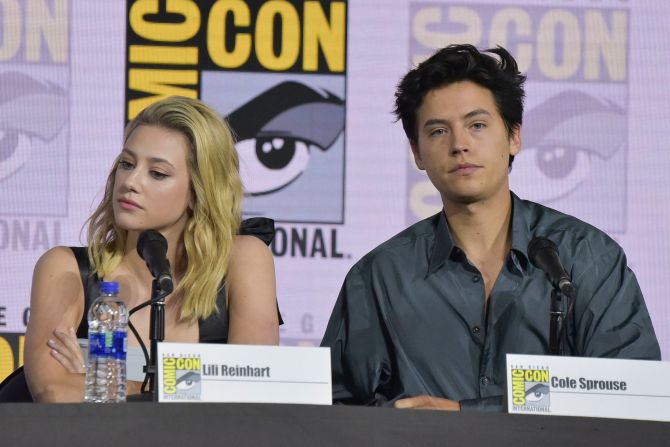 Listen, she’s doing better than us in this situation. 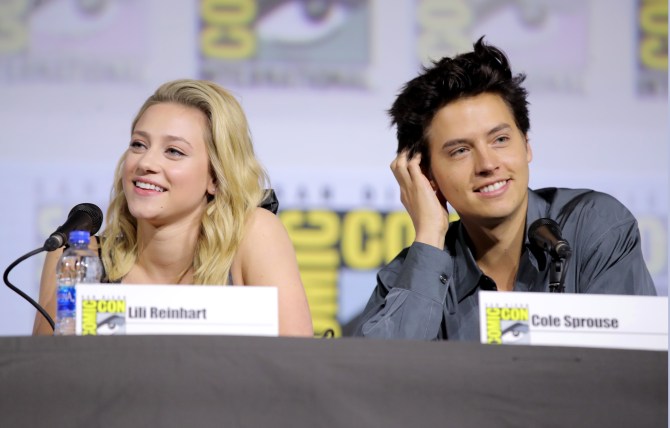 For his part, Cole seems to be super at ease with the whole thing. “[He] is more relaxed with his arms taking up space on the table and with his hands unclasped and lying palms down on the table,” Cobb said. However, this could just mean that the longtime actor is better at reigning in his emotions than his former sweetie.

Thankfully, there is still a niblet of hope in this very dark storm. An insider told E!, “Right now, it’s unclear where things stand, but it seems [like] they could be heading back in the direction of getting together.”

Fingers crossed they are back in each other’s arms by the time Riverdale Season 4 drops in Oct.