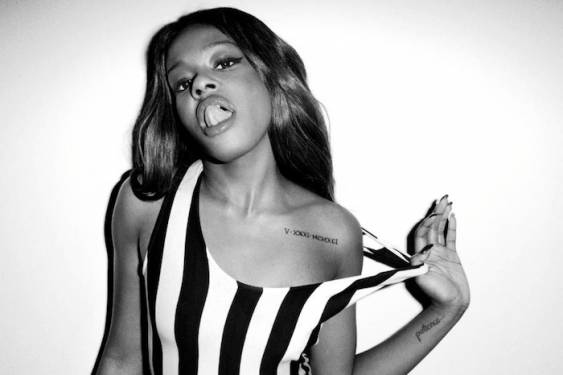 What better way to take a mid-morning break than with a handful must-click talking points from around the web, curated by us? Read on for stories you should know now!

1. Over the weekend, news broke that a private plane carrying Italian fashion executive Vittorio Missoni and five other people had gone missing off the coast of Venezuela. As of now, there’s been no progress, and the family—and the entire fashion world—is eagerly awaiting positive news. [AP]

2. Rapper Azealia Banks offended hoards of homosexual fans after throwing a gay slur at blogger Perez Hilton over Twitter. She has since apologized, but organization GLAAD still isn’t thrilled. [Guardian]

3. After pictures of pop prince Justin Bieber smoking pot in a California hotel room broke this weekend, many are blaming his new friend—rapper Lil Twist—for having a bad influence on his life. [TMZ]

4. Two weeks after announcing they were separating, reality star and booze mogul Bethenny Frankel has filed for divorce from hubby Jason Hoppy. [THR]

5. Details of Tom Ford‘s upcoming runway show at London Fashion Week continue to trickle out, and we couldn’t be more stoked. [Vogue UK]

6. Diane Lane‘s hunky husband Josh Brolin was booked for public intoxication on New Year’s Day. This is Brolin’s third arrest in the last decade related to alcohol. Someone’s having too much fun. [Us]

7. Did you miss the season premiere of “Downton Abbey” last night? Check out the five best moments of the show. [People]

8. Chanel’s new ladylike campaign has us running to the makeup counter. [Beauty High]

9. Can the art of the handwritten note make a comeback? Derek Blasberg is betting on it (and our fingers are crossed, too!). [The Vivant]