With his feud with Aaron at the center of this season, viewers want to know more Bachelorette 2021 spoilers about Cody Menk to know who goes home first: Cody, Aaron or Katie’s sanity.

Cody is one of 30-plus contestants on season 17 of The Bachelorette with Katie Thurston. Katie a 30-year-old bank marketing manager from Renton, Washington, was announced as the season 17 Bachelorette at the “After the Final Rose” special for season 25 of The Bachelor with Matt James in March. Katie was a contestant on Matt’s season and was eliminated in 10th place, which makes her one of the earliest Bachelor or Bachelorette eliminees to become the lead of her own season. (Michelle Young, a 27-year-old teacher from Edina, Minnesota, was also announced as the season 18 Bachelorette. Her season will premiere later this year.)

From the first episode of The Bachelorette season 17, fans could tell that Cody and Aaron spelled D-R-A-M-A. But who’s eliminated first and how far does Cody make it given Aaron’s accusations of him? Read on for the Bachelorette 2021 spoilers about Cody we know so far. 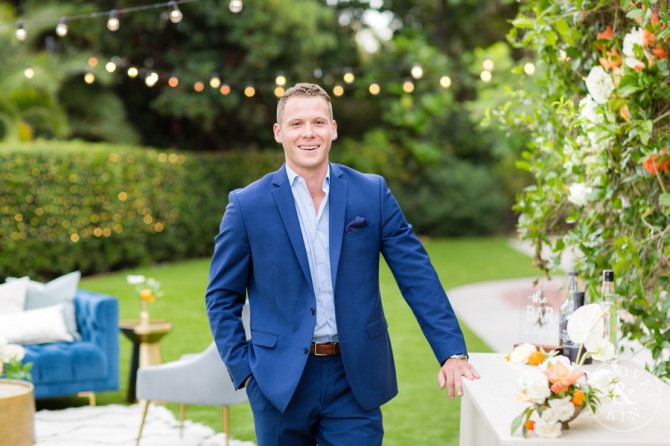 Who is Cody from The Bachelorette?

In his Bachelorette bio, Cody, a 27-year-old from San Diego, California, describes himself as both a “handsome surfer with a six pack” and a “romantic gentleman at heart.” “On the surface, Cody is a handsome surfer with a six pack, but he’s a romantic gentleman at heart. When he is not chasing the best waves he can find in the San Diego surf, he is hanging with his boys and making necessary moves to achieve his dream of owning a home by the age of 30,” his bio reads. “His other dream? Having someone special to share that future home with! When it comes to relationships, Cody values nothing more than authentic connections and has no trouble being transparent with his feelings.”

“His bio continues, “He prefers to put everything out there for better or for worse. Cody is looking for someone to look past his exterior and see what he is all about inside. He wants someone that is self-sufficient, socially confident, willing to push him and work together with him to drive the relationship forward. When Cody falls, he falls hard – he is the type of guy who buys flowers for no reason and will surprise you in the morning with breakfast in bed. Sounds like every girl’s dream, right?”

For his fun facts, Cody listed the following:

– Cody says he is not a good cook but swears he is a master on the grill.

– If Cody could live in any other time period, he would be a cowboy in the wild wild west.

What is Cody’s job?

Cody lists his job as a “zipper sales manager” in his Bachelorette bio. But what does that mean? Well, according to Cody’s Linkedin, he’s worked as the west coast regional account manager at ZIP-PAK, a resealable zipper packing manufacturer, since August 2019. Before that, Cody worked at companies like Global Pack Source and Oliver James Associates. He graduated from High Point University in 2015 with a bachelor’s degree in major strategic communications and a minor in human relations.

Does Cody win The Bachelorette?

It should come as a shock to no one that Cody does not win The Bachelorette. In fact, he’s eliminated early—and before Aaron. According to Reality Steve, Cody and Aaron, a 26-year-old insurance agent, are both from San Diego and run in the same friend circle, which causes their feud. Though they don’t know each other well, Aaron told Katie that Cody is a party guy and isn’t on The Bachelorette for the right reasons. When Cody found out, he confronted Aaron and the two had an altercation. The altercation leads Katie to eliminate Cody in that episode or at the next rose ceremony, according to Reality Steve. Per the site, Aaron is eliminated one or two episodes later, but Cody is the first to be sent home.

As of now, we don’t know who wins Katie’s season of The Bachelorette. While we don’t know who Katie’s winner is, Reality Steve reports that her four finalists who make it to Hometown Dates are: Andrew Spencer, a 26-year-old pro football player from Vienna, Austria; Justin Glaze, a 26-year-old investment sales consultant from Baltimore, Maryland; Greg Grippo, a 27-year-old marketing sales representative from Edison, New Jersey; and Blake Moynes, a 30-year-old from Ontario, Canada. (Blake, who is a surprise contestant on Katie’s season, was eliminated in ninth place in season 16 of The Bachelorette with Tayshia and Clare.)

According to Reality Steve, Katie is engaged to her Bachelorette winner, and the two are still together as of May 2021, which leads us to believe that Katie was proposed to at the “Final Rose Ceremony.” For more spoilers about The Bachelorette 2021, click here.