Some adages age well, while others would be better relegated to the time and era in which they were spoken. Fashion icon Gabrielle Chanel’s advice mostly falls into the former category. In that spirit, we’re highlighting some of the absolute best Coco Chanel quotes on fashion, career, and life.

Coco Chanel lived a truly spectacular life—and not just because she created one of the most iconic fashion brands in history (not to mention that iconic little jacket).The forward-thinking designer—née Gabrielle (Coco was her nickname)—was raised in an orphanage (where the nuns taught her how to sew!), and started her career as a singer in Paris cafes before eventually turning to design.

She also entertained a jaw-dropping string of lovers—which ranged from the Duke of Westminster to a Nazi officer. Even her fashion label, which now seems as solid as bedrock, had its twists and turns: Chanel was forced to shutter the business entirely during World War II, and only re-entered the world of fashion in 1954 when she was 71 years old.

The Chanel style empire we know and love now wouldn’t be the same without Coco’s specific vision, fierce spirit and elevated aesthetic. While it would be nearly impossible to catalog every moment of her brilliance, we’ve assembled 25 of Gabrielle Chanel’s best sentiments—perfect for Instagram captions. 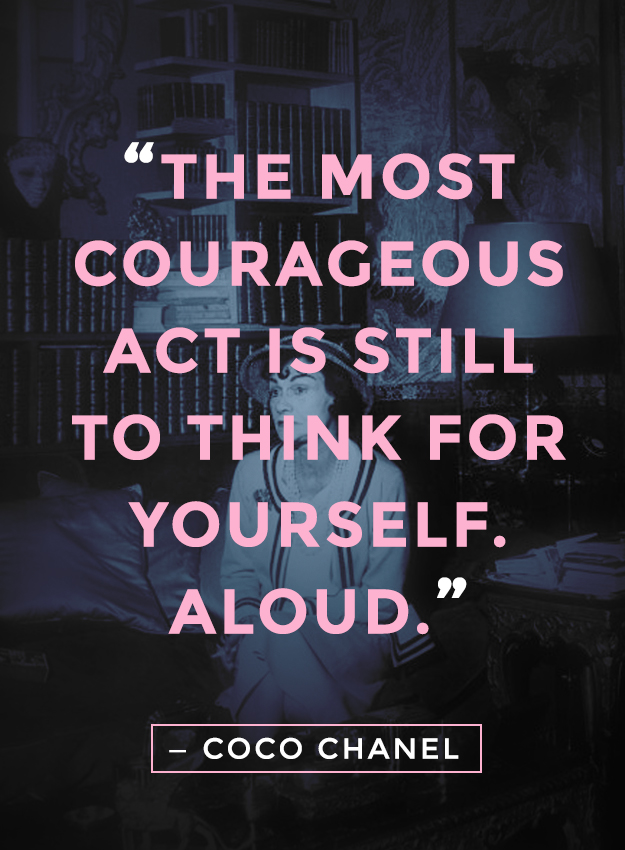 1. “The most courageous act is still to think for yourself. Aloud.” 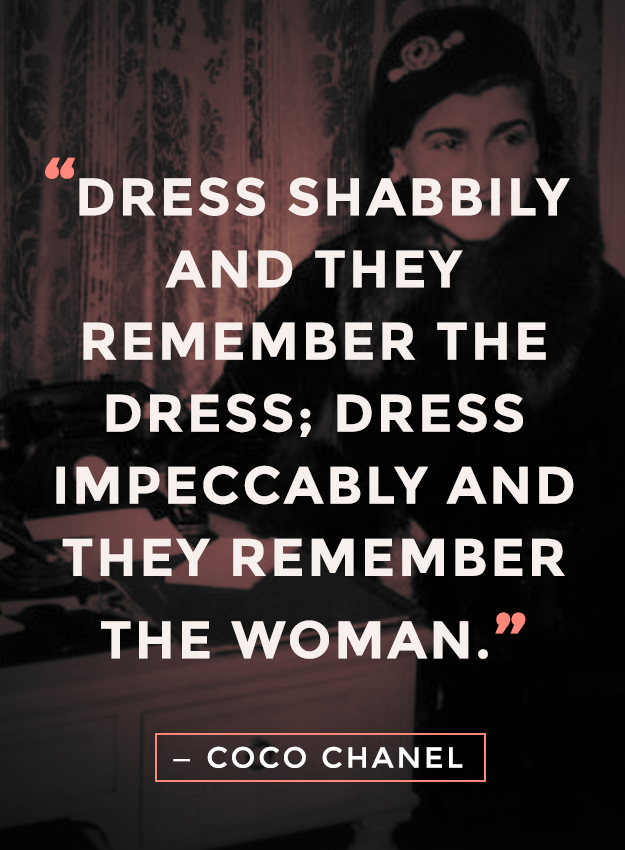 3. “In order to be irreplaceable, one must always be different.”

4. “Fashion is not something that exists in dresses only. Fashion is in the sky, in the street, fashion has to do with ideas, the way we live, what is happening.

5. “A girl should be two things: classy and fabulous.” 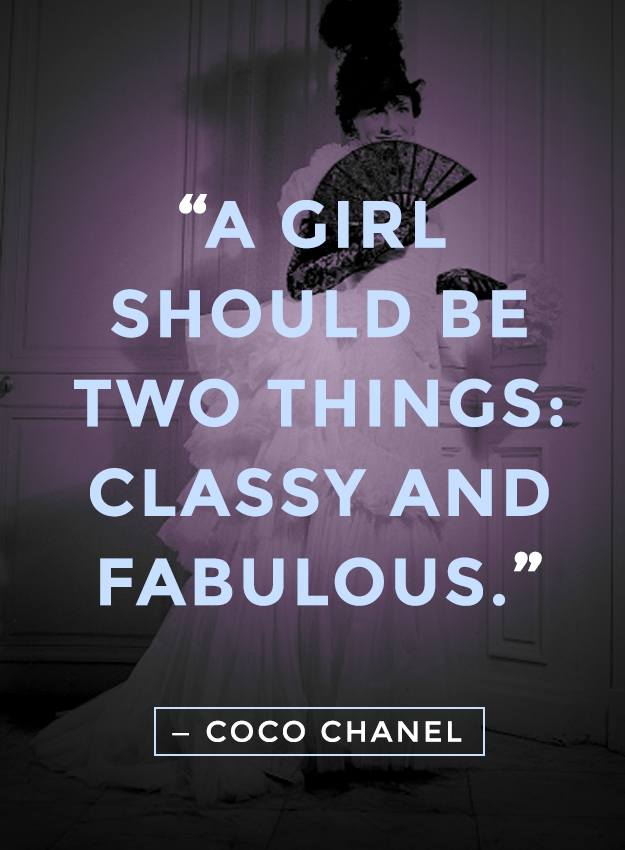 8. “The best things in life are free. The second-best are very expensive.”

11. “Don’t spend time beating on a wall, hoping to transform it into a door.” 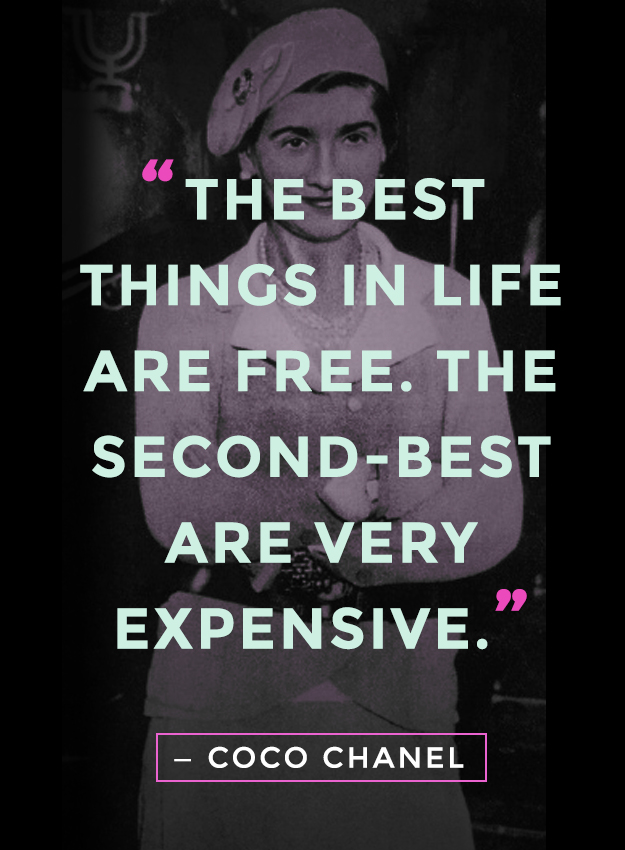 12. “Dress like you are going to meet your worst enemy today.” 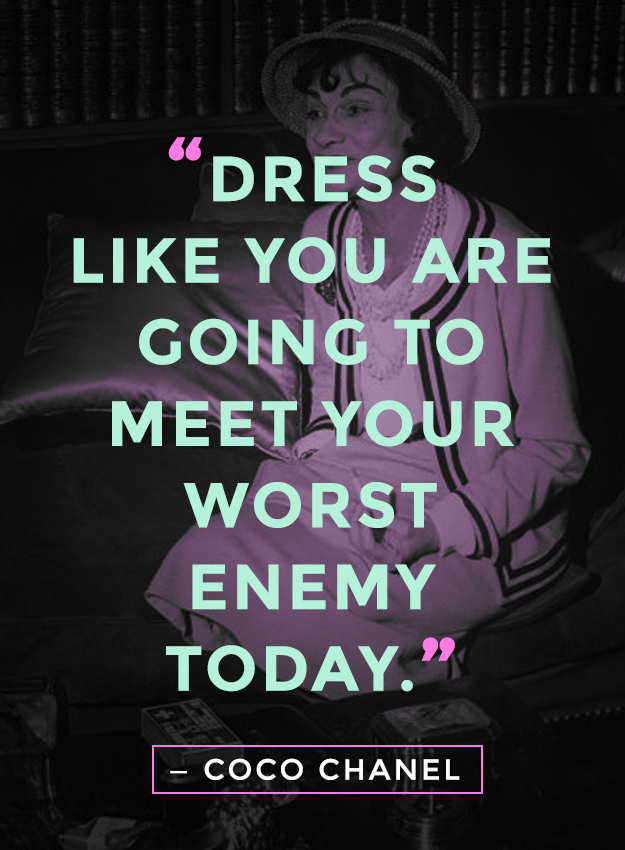 14. “All men are children, and if you understand that, a woman understands everything.”

17. “I don’t understand how a woman can leave the house without fixing herself up a little—if only out of politeness. And then, you never know, maybe that’s the day she has a date with destiny. And it’s best to be as pretty as possible for destiny.” 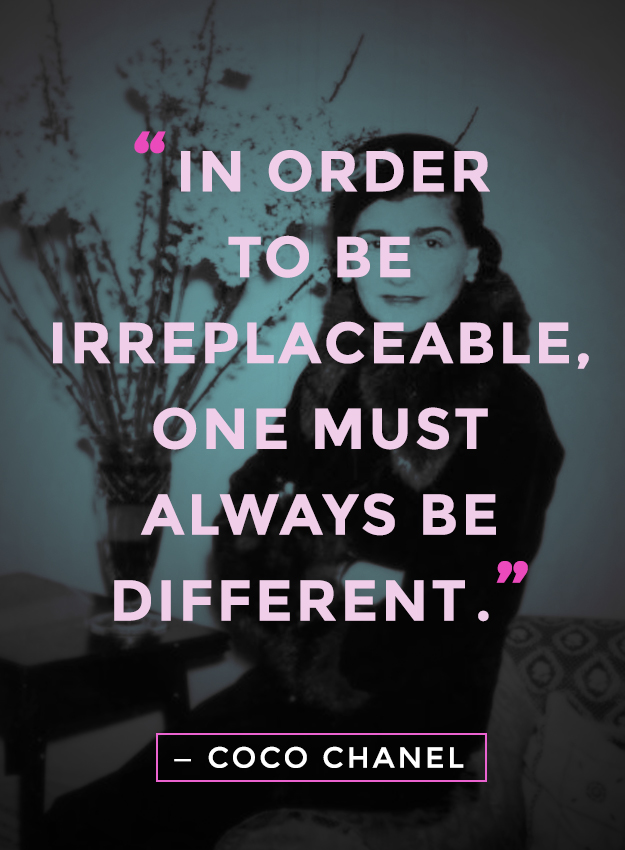 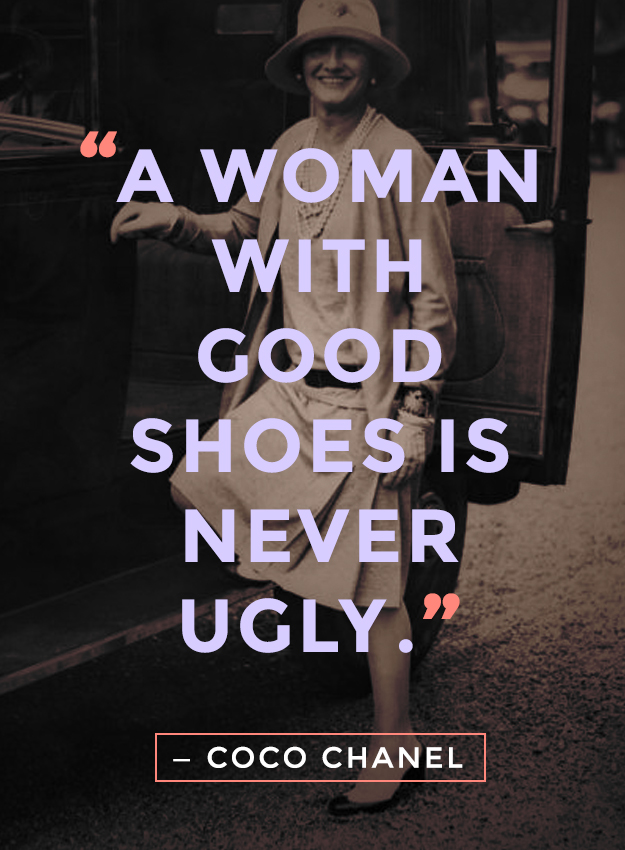 22. “Success is most often achieved by those who don’t know that failure is inevitable.”

23. “Adornment, what a science! Beauty, what a weapon! Modesty, what elegance!”

24. “Don’t spend time beating on a wall, hoping to transform it into a door.”

25. “A woman who cuts her hair is about to change her life.”