Music festival season is here. If you’re a Bad Bunny, BLACKPINK or Frank Ocean fan, you may be wondering how to buy Coachella 2023 tickets and where to score them for less.

After it was cancelled in 2020 and 2021 due to the current health crisis, Coachella returned for its 21st annual music festival in April 2022 with headliners Harry Styles, Billie Eilish, Swedish House Mafia and The Weeknd. Coachella’s 2023 festival will be held from April 14 to April 16, 2023, and April 21 to April 23, 2023, with headliners Bad Bunny, BLACKPINK and Frank Ocean. 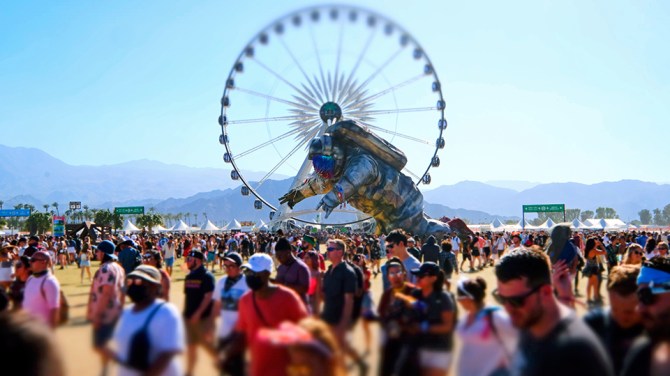 How to buy Coachella 2023 tickets 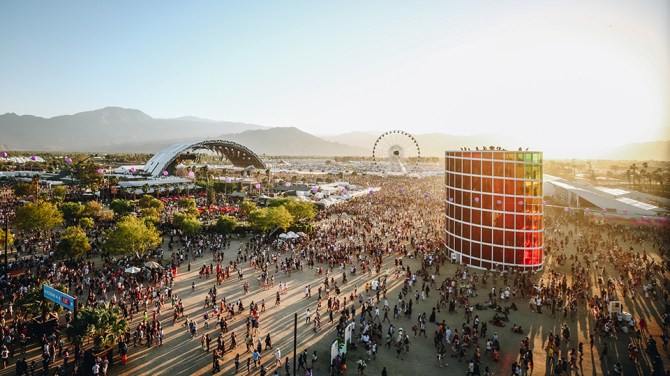 Who are the Coachella 2023 headliners?

What is the Coachella 2023 lineup?

In an interview with GQ in June 2022, Bad Bunny, whose real name is Benito Antonio Martínez Ocasio, explained why it was “never” his mission to have “worldwide” success. “I was never on a mission to be like, ‘Oh, this is what I’m going to do,'” he said. “It happened organically. Like, I’ve never made a song saying, ‘This is going to go worldwide.’ I never made a song thinking, ‘Man, this is for the world. This is to capture the gringo audience.’ Never.”

He continued, “On the contrary, I make songs as if only Puerto Ricans were going to listen to them. I still think I’m there making music, and it’s for Puerto Ricans. I forget the entire world listens to me.”

He also told GQ about how audiences are changing. “The Latino audience would always undervalue their artist,” he said. “Sometimes, Latinos would want to record with an American, and because they’re American, they’d think, ‘I have to do it.’ No, man. He’s not at the level I am, you know? Just because they’re American.” He continued, “But that perspective has changed. You can see it now. People have become aware. They suddenly see, ‘Wow, Bad Bunny has been the most listened to on Spotify for 70 days. It wasn’t the American. It’s this guy, who’s Latino.'”

BLACKPINK—which consists of members Jennie, Jisoo, Rosé and Lisa—also told the Grammys in 2020 about their global success. “It’s very surprising to us. All the records are the results of our fans, BLINKs, and their unconditional support,” Jennie said. “Every day we try to acknowledge how grateful we are, but more than the pressure, we are ready to give them back as much as they gave us. It just gives us more motivation to go further than we ever dreamed of.”

Jisoo added, “We are grateful, as artists, as individuals, that people have such big expectations of us, and we are ready to take on the burden that comes with the expectations. We chose to do this: we try to send that message in our music, to show our confidence and the boldness to take on the challenge.”

Despite the worldwide success they’ve had, Rosé also told the Grammys at the time about how the group still has so many goals they want to achieve. “While we are very grateful for the amount of things that we have achieved and everything that follows this, we are just four girls who always really loved music and we just enjoyed performing,” she said. “So [staying] creative is not too hard, because once we do one thing, we are always looking at the next thing, always dreaming of things that we have always wanted to do. But we definitely don’t settle with what we have right now. We’re all very greedy when it comes to.”

Jennie continued, “We have each other to look and be inspired by. We let each other know what we’re doing and where to head.” Lisa added, “We’re like the same person.” Rosé concluded, “I think all of our members try to remind each other of how we’re all just human. The hype, we try not to let it get to us. We don’t really go: ‘Oh my god, we broke these many records or da di da…’ We just look at each other and like…” Jisoo finished, “We’re just happy with how far we’ve come.”

The group also told the Grammys about the K-pop genre’s expansion across the world. “It’s amazing that K-pop is spreading around the world as a culture in itself,” Rosé said. “There are a lot of other K-pop artists out there who are trying to put out their music right now, and we are really grateful that we get to step in and be a part of that.” Jennie added, “Since we get such amazing opportunities and records because of the people that are interested in watching K-pop right now, we’d like to take the responsibility. We are fully committed to the work. We want to be proud when we look back on our history when we grow old.”

Jennie continued, “We want to be proud of ourselves. I don’t want to let ourselves down, so we put extra time, extra effort into every single thing we put out. I think that’s why it takes a bit of time for us, but we really want to perfect the quality of the stuff we put out, so we can be represented to the world as a K-pop group.” Rosé added, “It’s amazing how things are going. It’s a big responsibility but a good responsibility that we have.”

Frank Ocean, who released his last album Blonde in 2016, told GQ in 2019 about what was inspiring him outside of music. “I’ve been taking pictures of everything. I’m at this hotel. Just pictures of the sheet company’s labels, the floor mats and towels. I like that there’s no Sheetrock or plaster, it’s all wood and fabric walls only. I think that’s cool,” he said. “Oh, and before I left New York, I met up with Peter Hujar’s archivist. They came by the house, and I went through all of the photos he shot in his life.” He continued, “That was inspiring as hell because of how diverse his subject matter was, from a series on clowns to the piers of New York in the ’80s, which was a big gay hangout for cruising, to portraits of his friends and celebrities at the time to the drag scene to landscapes and just the life of the photographer. How much he documented was inspiring. Those are the first things that come to mind as of late.”

He also told the magazine about the politicization of artists. “The stakes feel higher now, yes. I was excited about the idea of incentivizing people to vote and to get excited about midterms, because people aren’t usually excited about voting at midterms,” he siad. Getting seven or eight thousand people who might not have otherwise voted to participate like that is a testament to what public figures can do or encourage with their voice. It feels responsible, especially at this time. Maybe also at many times prior, but it feels less like responsibility and more like a great opportunity that I had and still have.”

Who are the Coachella 2023 artists?

Coachella 2023 tickets are available for resale on Stubhub and Vivid Seats. Use Use code SC2022 for $20 off on Vivid Seats.