It was announced earlier this week that Loewe creative director Stuart Vevers would be taking the reins at at Coach following the departure of current creative director Reed Krakoff, and it seems a bit of Vever’s luxury-goods background could be finding its way into the fabric of the beloved American brand.

“We were looking for a seasoned creative director that came from design rooted in making fine products in accessories and ready-to-wear—and someone who was highly collaborative and understands our DNA,” Coach’s newly appointed CEO Victor Luis told WWD, about Vevers. “You can have a $5,000, $2,000, $3,000 Coach bag in the future,” Luis also said, clearly indicating that the brand is looking to move away from its mass-market appeal and start competing with brands known for leather It-bags like Proenza Schouler, Céline and Mulberry (where Vevers spent three years.)

Since the beginning of 2013, Coach has worked to reposition itself as a higher-end lifestyle brand, including working on collaborations with designers like Anna Sui, and while the label spans a range of prices (starting at the very-accessible end of the spectrum), a quick search revealed that the most expensive bag on its site right now is the Madison Caroline Dowel satchel, which does clock in at the It-bag price of $1,200. 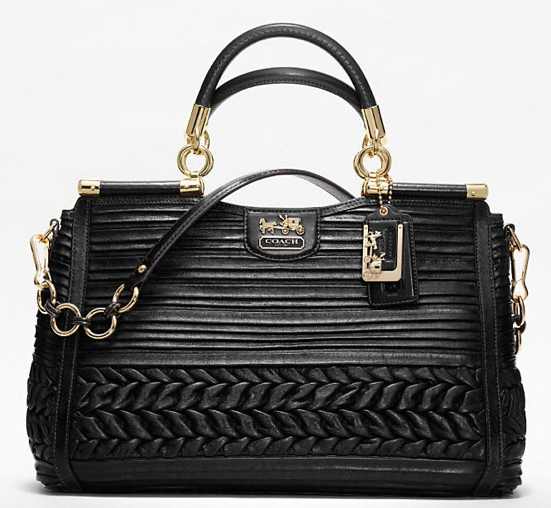 Currently, Coach’s most expensive bag is this Madison Caroline Dowel satchel, which costs $1,200.

MORE BAGS ON STYLECASTER:
Elizabeth and James Launches Handbags: See All The Chic Designs
Why Copying Victoria Beckham’s Handbag Style Might Be Bad For Your Health