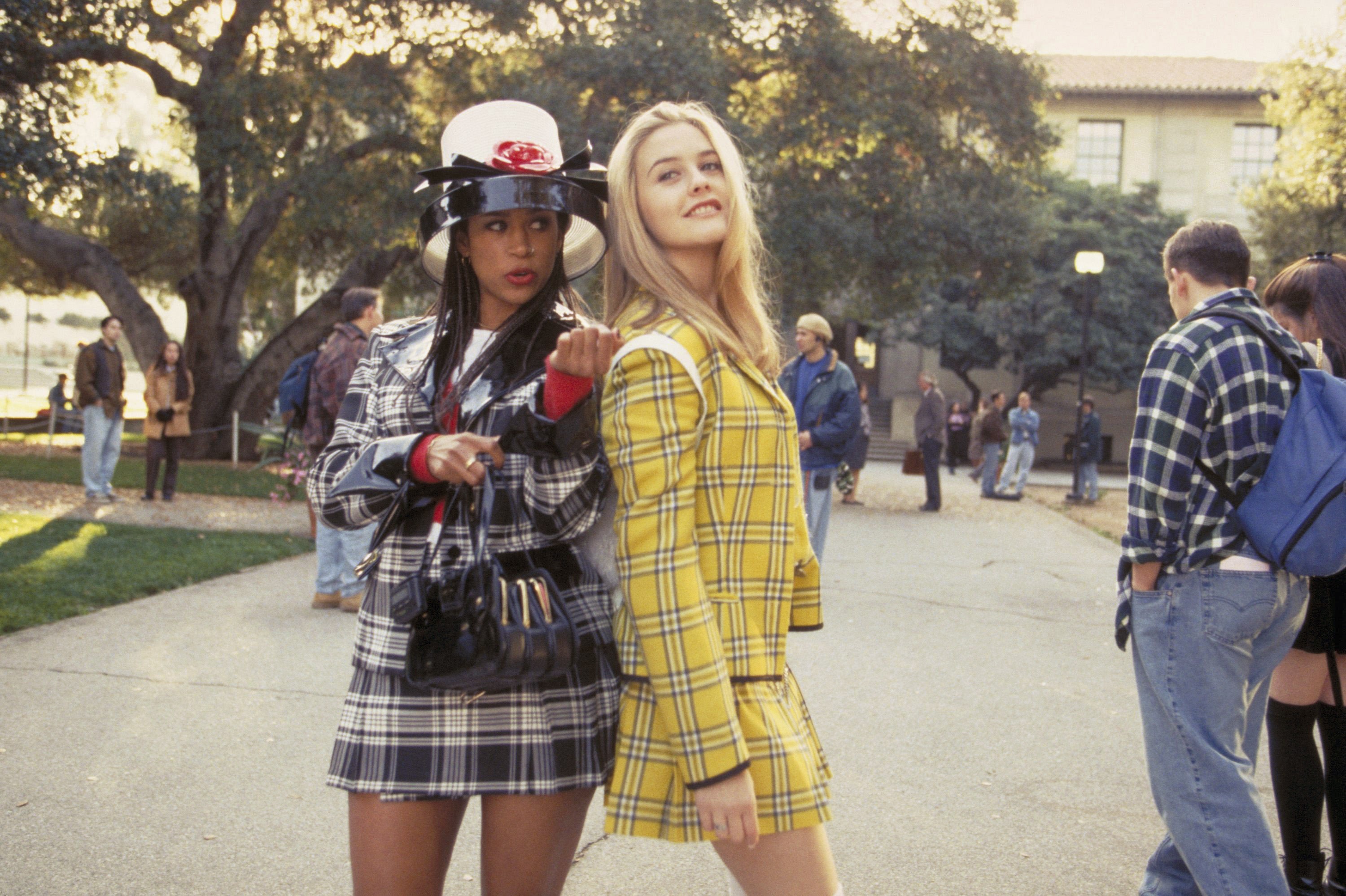 By now, surely you’ve heard seminal 1990s classic “Clueless” is turning 20 on July 19. Yep, it’s been two full decades since Cher got robbed at gunpoint wearing Alaia, Dionne accidentally took a wrong turn onto the freeway, Elton left his Cranberries CD in the quad, and Tai uttered six words that went down in movie infamy: “You’re a virgin who can’t drive.”

Personally, I’ve been captivated by the movie since the day I saw it—with my mom in a Greenwich Village movie theater, a few days after I got back from camp.

I was young, not quite in high school yet, and fell hard for everything about it—from the shiny, Technicolor optimism that permeates every single scene, to the exaggerated use of trends I was seeing in my own school like knee socks, Dr. Seuss-inspired raver hats, and teeny-tiny backpacks.

So when I spotted As If: The Oral History of Clueless as told by Amy Heckerling, the Cast, and the Crew on a shelf at my local drugstore last weekend, I was way psyched.

Written by veteran entertainment journalist Jen Chaney, I was eager to not only relive the movie as an adult, but to get the real scoop on the dozens of rumors and reports I’ve read over the years about the film’s inception, casting, and fashion.

I devoured the 322-page book in a weekend, and learned some pretty fascinating things every fan should know. I’ve listed 30 of them below, but I urge any fellow “Clueless” obsessive to buy the book—you won’t be sorry.

1. Although there are rumors that Cher’s role almost went to Reese Witherspoon, that’s not exactly true. Reese—who was pretty much a newcomer at the time—casually took a meeting with the film’s creator and director Amy Heckerling, and wouldn’t read for any parts.

3. Ben Affleck, however, auditioned for the part of Josh—which went to Paul Rudd—when the film was in its early stages.

4. Heckerling knew she wanted Alicia Silverstone as Cher from the get-go, but ended up being pressured by the studios (first FOX, then Paramount where it ended up) to see scores of other young stars. Among them: Alicia Witt, Tiffani Theissen, and Keri Russell.

5. A basically-unknown Gwyneth Paltrow was strongly recommended to Heckerling by casting, but she never came in for an audition.

6. Also suggested: a young Angelina Jolie, who FOX casting director Carrie Frazier felt was “too knowing” for the role, the “complete opposite” of the sunny, happy character Heckerling wrote. Frazier was captivated by Angie, and eventually put her on the map, casting her in HBO’s “Gia” a few years later. #Karma.

7. When writing the part of Josh, Heckerling had Beastie Boy Adam Horovitz in her mind, in terms of looks.

8. When Rudd came in, he read for the parts of Christian, Murray, and Elton before reading for Josh. He says in the book he hadn’t realized the character of Murray was black, but rather a white boy pretending to be black.

10. Sarah Michelle Geller was offered the part of stuck-up Amber (played by Elisa Donovan), but had to turn it down because “All My Children” wouldn’t let her out of shooting. 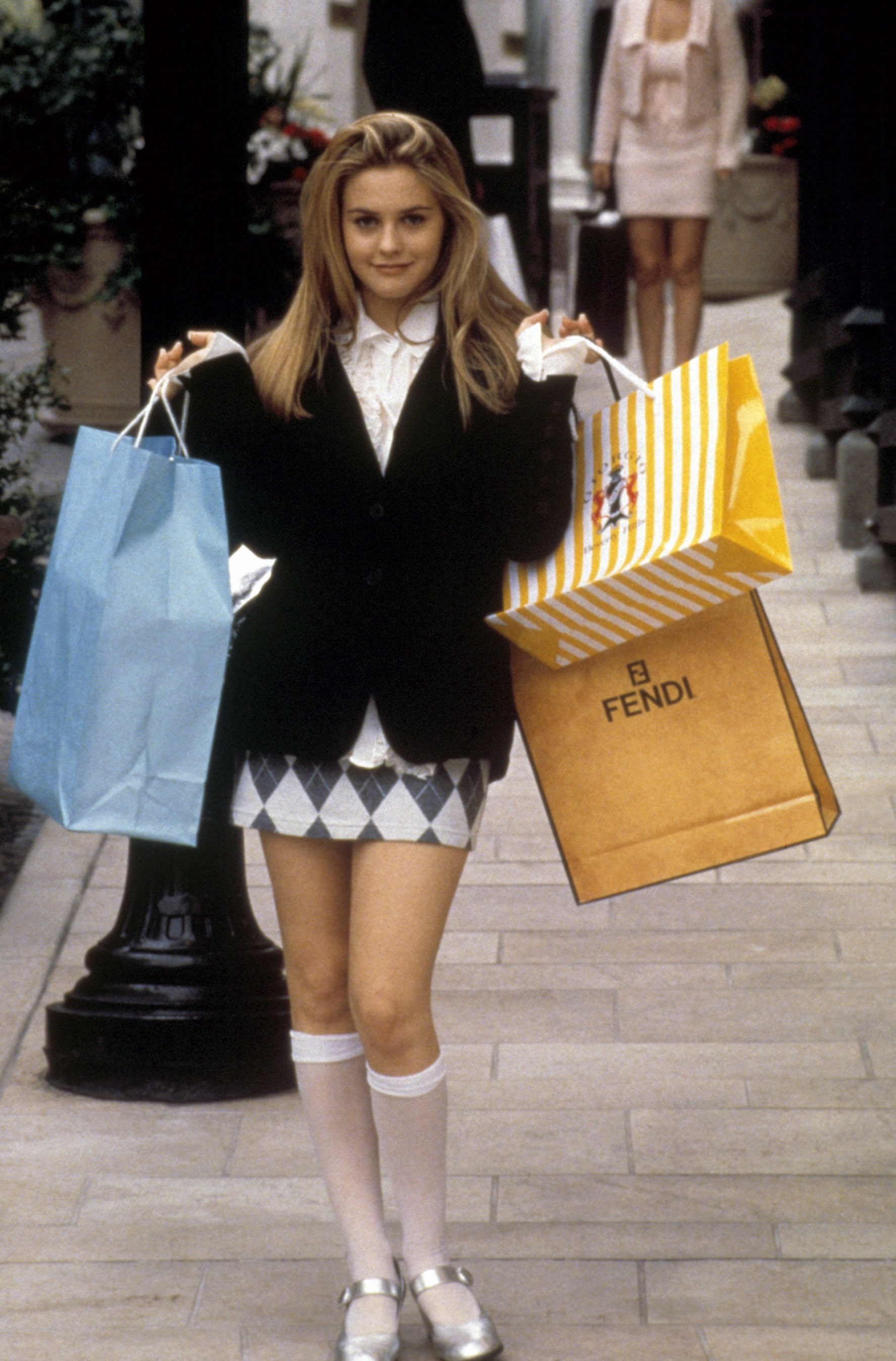 11. For Cher’s dad, Mel, Heckerling wanted the late Jerry Orbach, who couldn’t make it work with his schedule, or Harvey Keitel, who they couldn’t afford.

12. The clothing budget for the whole movie was only $200,000, according to costume designer Mona May.

“To have [Cher do] 63 changes, and you’d have all the big female characters have that many changes in the film, plus all the supporting cast and the background that I had to dress head to toe: That was really not a lot of money.”

13. Although May wanted the kids to look like real high school students—albeit stylish ones—the iconic yellow plaid outfit Cher wears is an original Jean Paul Gaultier. “It’s one of the outfits we splurged on at the time,” she said.

14. Alicia got to keep the clothes but—get this—didn’t. “I didn’t do a very good job at saving any of them. I was stupid about that whole thing. I think I gave them all away,” Silverstone told Entertainment Weekly in 2o12.

15. Cher’s legendary closet was based on a record producer’s version Amy Heckerling saw in real life, and the computer program that animates all her clothing at that time was a pain to create.

16. Production designer Steve Jordan said “doing that kind of stuff was still in its infancy. So finding a graphic designer who can animate those hangers and create that skeleton shell of Cher that would then would start putting on clothes was a very difficult and very labor-intensive process. I think today someone could finish it by lunchtime.”

17. The portrait of Cher’s mom was painted by Victor Rinaldo, a high school friend of Heckerling, who says he created a “piece of classical disco” art using a picture of Alicia. Amy still has the painting in her garage.

18. In the famous debate scene, Silverstone mispronounced “Haitians” by accident (hay-tea-ens, you’ll recall) but the director loved it so much, they kept it in.

19. The kids’ high school—Bronson Alcott was named after actor Bronson Pinchot, Heckerling’s boyfriend at the time (Balky from “Perfect Strangers,” for all you ’80s readers) and Little Women author Louisa May Alcott.