When it’s cold outside, we want every single thing on our body to be cozy AF—including our shoes. Since we’re no longer in seventh grade and wearing UGG boots around would be frowned upon (although you have to admit those things are comfy), we need to find a new way to keep our feet nice and cozy while still looking stylish. Much to our excitement, CLOT and Converse came together to design sneakers inspired by the North Pole (which is like, the coldest place we can think of). These shoes are basically the footwear equivalent of hygge.

Hygge, in case you don’t know, is a Danish and Norweigan word to describe that feeling of coziness you get when you’re sitting by a fire, drinking cocoa and watching snow fall outside. It’s that warm and fuzzy feeling that makes winter seem worth it. And now, we have shoes to evoke that same feeling. Winter weather will not break us.

Actually, both pairs of CLOT x Converse sneakers are inspired by the polar bear—a majestic but also very cozy-looking creature. The classic Chuck 70 Hi-Tops feature Sherpa patchwork details on the outside, and are fur-lined on the inside. It’ll basically feel like a polar bear is curled up sleeping on your feet. So. Much. Warmth. 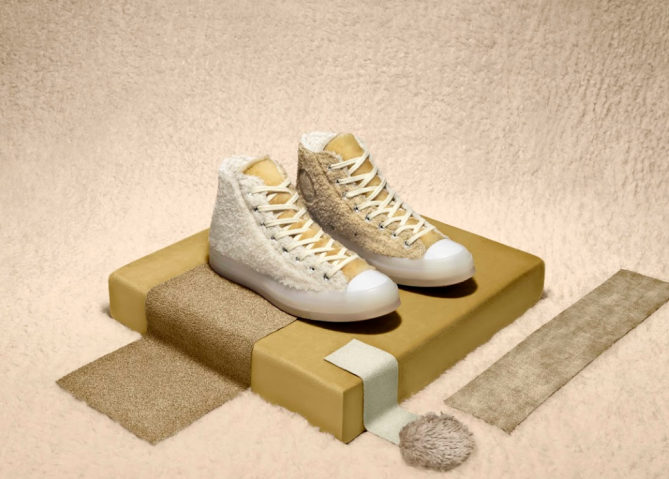 The other polar bear-inspired pair of sneakers are the Jack Purcell Low-Top, which have a Sherpa lining for maximum coziness. CLOT x Converse also removed the heel counter of the shoe, creating what they call a “slipper feel.” Sherpa lining and a slipper feel? We’re feeling cozier already. 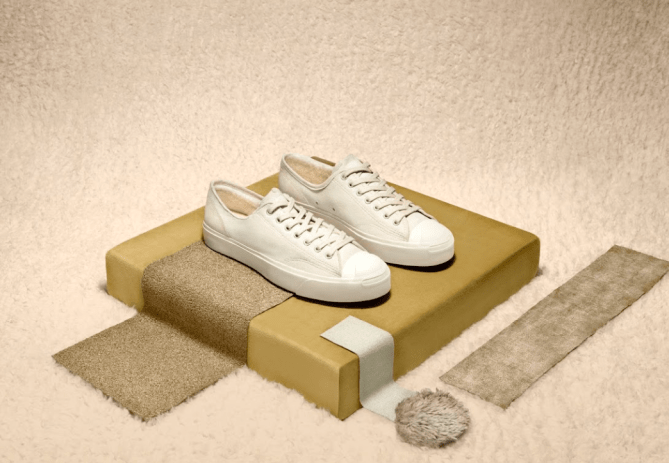 If you’re just as ready to be cozy as we are, the CLOT x Converse collection will be available February 1 online and in Converse stores. Spring doesn’t officially start until the end of March, so you’ll have plenty of time to curl up in the coziest of sneakers. Although, let’s be real. We’ll probably be wearing these shoes all year long. There’s never a bad time to be cozy, OK?