Clearing his name. After accusations that Clayton Echard cheated on Susie Evans with TikTok user, Sasha Narang, The Bachelor 2022 star took to clear his name.

Clayton, a 28-year-old medical sales rep from Columbia, Missouri, and Susie, a 28-year-old wedding videographer from Virginia Beach, Virginia, met on The Bachelor season 26. Clayton eliminated Susie during their Fantasy Suite date in the final three after she expressed concerns over Clayton having sex with his other two finalists—Gabby Windey and Rachel Recchia—which he took as a sign that Susie wasn’t as confident in their relationship. Regretting his decision to eliminate Susie, Clayton later asked Susie to return to his Bachelor season, which she agreed to. During the Final Rose Ceremony in Iceland, Susie broke up with Clayton (who eliminated Rachel and Gabby after Susie agreed to return to his season) and rejected his Final Rose. Both Clayton and Susie left The Bachelor season 26 single. However, after they reunited at the “After the Final Rose” special, Clayton and Susie announced that they were back together.

During the “After the Final Rose” special in March 2022, Clayton revealed that he left Iceland to “what I thought was my normal life” until Susie contacted him to ask him to take her back. “I was absolutely shocked there was maybe that came from all of it,” Clayton said. Susie later came out during the special and confirmed that she and Clayton were back together and still dating. “We’re really happy and we’re happy to be here today,” she said. “That’s my boyfriend.” Susie confessed that she and Clayton “took some steps back,” but are currently in love. “I can confidently say yeah, he’s incredible,” she said.

Clayton and Susie also confessed that they expect some backlash for their relationship and “could have done better” with how their finale played out. They also revealed that they’re planning to move to Virginia (Susie’s hometown) together and their relationship is “serious.” Engagement ring designer Neil Lane was in the audience, and host Jesse Palmer also asked Clayton if a proposal was coming, to which Clayton responded that he has other things for his relationship with Susie planned for now. Clayton then asked Susie if she would officially accept his final rose, to which she did.

A month later, however, Clayton and Susie seemed to have found themselves back in the center of drama. So…did. Clayton Echard with Sasha Narang after The Bachelor 2022? Read on for everything we know about Clayton’s cheating rumor post-Bachelor.

Did Clayton Echard cheat with Sasha Narang after The Bachelor? 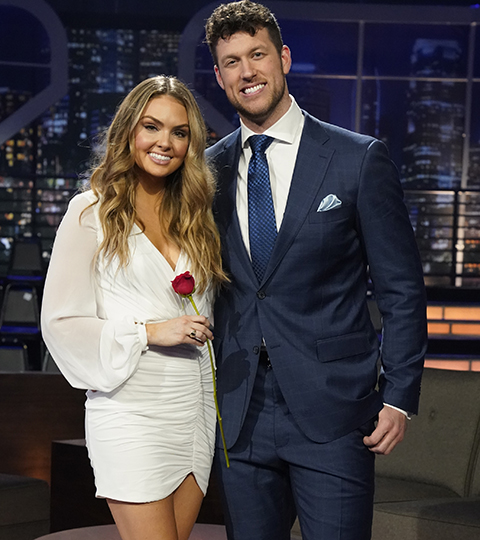 Did Clayton Echard cheat with Sasha Narang after The Bachelor 2022 The answer is no, at least, according to him. TikTok user Sasha Narang posted a video on April 9, 2022, accusing Clayton of cheating on Susie. “um so I think I just ended the bachelor’s marriage last night (i had no idea) (wtf),” Sasha captioned the video, which had more than 700,000 views before it was deleted.

In the video, Sasha claimed that she met Clayton at a bar in New York City on April 8, 2022, where he approached her. “So I’m responding, we’re kind of flirting. Then he proceeds to ask me, ‘Do you watch The Bachelor?’ And I go ‘No,’ cause I’ve never seen it before,” she said. Sasha went on to allege that she and Clayton continued talking and later hung out with each other. “He was very, like, sneaky, meaning he was very adamant about being quiet. Right when it was time for me to go he made it very clear I couldn’t stay over,” she continued. Sasha also claimed that she messaged Susie and provided “evidence” of Clayton’s infidelity. “I DMed her. I told her everything. I was very transparent because I felt incredibly terrible. I never wanted to be caught in the middle of this,” Sasha said. She also sent Susie a screenshot of an Uber order with Clayton’s alleged address.

“The only evidence that I have—I didn’t take any photos with him. I’m actually banned from Snapchat, and that would have been the only way to have, like, a selfie.,” she said. “But I took a photo of Uber that he called for me, so it has the address. And I sent it to [Susie] when I was like, I don’t know if it’s a hotel or an Airbnb. Ideally, it’s his apartment, so maybe she recognizes it. But if not, regardless, she can easily find out where he stayed and that’s your proof. So yeah, I just ended the Bachelor’s marriage, I think, and it’s not my fault. It’s his fault. What the hell is wrong with men?”

That same day, Clayton took to his Instagram Story to deny Sasha’s claim that he cheated on Susie. “People that make these false accusations should be held accountable,” Clayton captioned a video. “Trying to gain clout by ruining a relationship is embarrassing and extremely immature.” In the video, Clayton alleged that he was at a gym in Arizona with his brother, Nate Echard—not in New York City, as Sasha claimed. “I can’t even believe I’m addressing this, this is ridiculous, but let’s just make this as easy as possible,” Clayton said in the video.

To prove his location, Clayton showed the Significant Locations section of his iPhone settings, which showed that he was in Arizona on April 8, 2022, the same day Sasha claimed that they met. He also shared a screenshot of his DMs with Sasha, where he continued to deny they were together. “Your proof isn’t proof lmao,” Sasha wrote, to which Clayton responded, “Good luck, Sasha. Hope you learn a valuable lesson through this. Not all publicity is good publicity.”

“Yes. Penny farthing,” Sasha wrote back, to which Clayton responded, “Ok, well my video shows I was in an AZ gym at 8pm MST, which is 11pm EST (your time). So even if I hopped right on a private jet, I wouldn’t make it to NY until 2:30 am EST (flight from AZ to NY is 4 1/2 hours). So that disproves you saw me at 2 am EST. Like I said, good luck.” “Someone take her phone. Don’t keep digging this hole!!” Clayton captioned the screenshot.

In a statement to Insider, Narang doubled down on her claims. “I expected a response and was told to prepare for massive backlash from the fan base. I underestimated this. I’m just as confused as everyone and truly didn’t understand the relevance of this guy. If I had, I would have gone about this differently,” she wrote.

She continued, “However, that doesn’t change my story. Again, I do not watch the show nor have I ever kept up with it and I had no idea who this guy was until two nights ago. The name that was revealed in the comments was not posted by me, I was out with my friends who are as shocked as me and they were feeding into the comments and responding for fun. All the comments they made have been deleted. I am doing my best to handle this.”