Warning: Bachelorette spoilers ahead.  Bachelor Nation members want to know: Are Clare and Dale still engaged after The Bachelorette 2020? From the premiere of The Bachelorette season 16, it was clear that Clare Crawley only had eyes for Dale Moss. But are they still together? We’ll answer that in a second, but first, let’s recap their relationship.

Clare, a 39-year-old hairstylist from Sacramento, California, and Dale, a 32-year-old former NFL player from Brandon, South Dakota, met on the premiere of The Bachelorette season 16. After she met Dale, Clare told producers,  “I knew it. I definitely feel like I just met my husband. Oh, my God. I’m shaking.” She continued, “Every other guy, I felt confident with, but with Dale, everything else went dark around me. I felt everything that I haven’t felt ever.” According to host Chris Harrison, Clare and Dale did not talk before her season, but she did look up every contestant online and liked a lot about what she saw about Dale.

Clare and Dale caught flack from the other contestants for how close their relationship was so soon into the season. In episode 4 of The Bachelorette season 16, Chris has a conversation with Clare, where he tells her that the season can’t continue like this, as it’s obvious she’s going to choose Dale in the end. (This is also when Chris tells Clare that she’s “just blown up The Bachelorette.”) When Chris asks Clare what she wants to do, Clare tells him that she wants to be with Dale. Dale tells Chris the same when he has a conversation with him. Clare, whose mom is in a care facility, also reveals that she was attracted to Dale because of an Instagram Story tribute he posted to his mom, as well as other stories about his sister in a care facility. 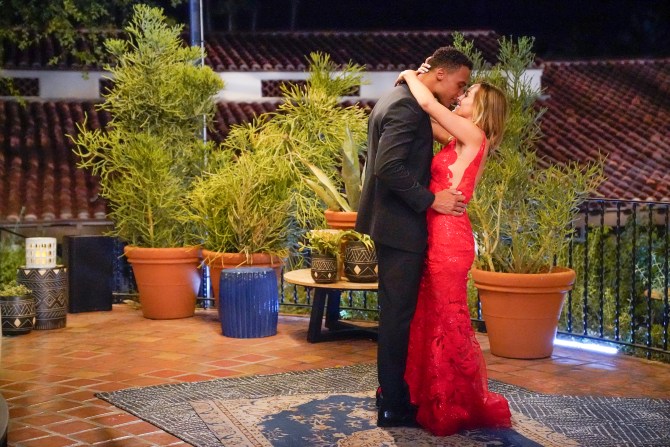 Clare and Dale then have a one-on-one, and the next day, Clare tells Chris that she and Dale are in love. Clare then tells the her remaining contestants the truth and leaves the show. As Clare and Dale leave that night, Dale gets down on one knee and proposes to Clare. The two get engaged and that’s the end of their love story on The Bachelorette.

But are they still together? Yes! Reality Steve confirmed in a post in November 2020 that Clare and Dale are still engaged. In fact, Clare has been photographed with an engagement ring on her finger several times since her season premiered. She’s defended that it’s a commitment ring to herself, but Bachelor Nation members know it’s an engagement ring, so, as of right now, it looks like Clare and Dale are still engaged. Reality Steve also reported that Clare and Dale were separated after Tayshia Adams replaced her as The Bachelorette. While Clare stayed on The Bachelorette set in La Quinta, California, Clare went back to South Dakota, so the two were separated for a time.

After their final episode, Clare and Dale revealed in an Instagram Live that, not only are they still together, but Clare had plans to meet Dale’s family in South Dakota. Likewise, Dale also has plans to move to Sacramento, California, where Clare is from. The two also reiterated in an interview with Chris Harrison in a Bachelorette episode on November 10 that they’re still madly in love.

Long story short, it looks like Clare and Dale are still together and happily engaged. Congrats to Dale and Clare. They’re clare-ly in love.

The Bachelorette season 16 airs Tuesdays on ABC at 8 p.m. Watch it for free here.