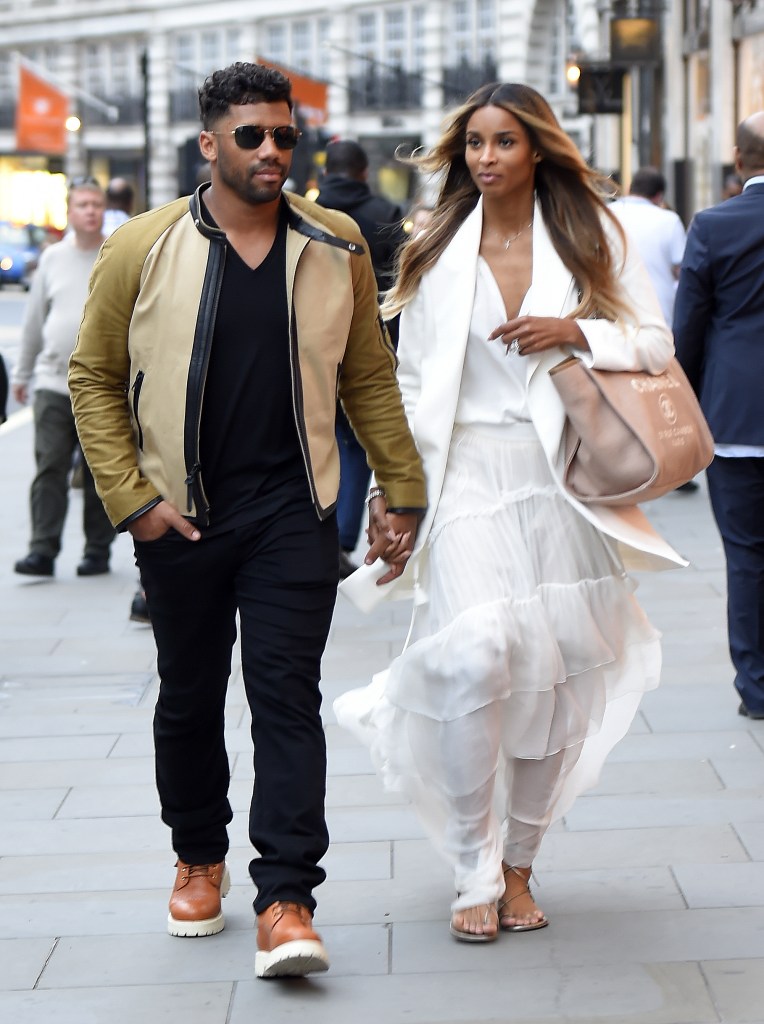 Continuing with their picture-perfect relationship and marriage, the first photos of Ciara and Russell Wilson‘’s wedding party have graced the world with their presence, and they are gorgeous. Shot at Peckforton Castle in Liverpool, England, where they tied the knot, the photos exude old-world glamour (except for the fact that someone dragged some couches out on the lawn, where they were taken, but—whatever works).

Ciara must have loved her stunning custom Roberto Cavalli dress, designed by creative director, Peter Dundas, so much that she decided to keep the white party going—when they were spotted today in London (above), she was pretty much glowing as she donned an all-white outfit to wander the city arm-in-arm with her new husband.

The pair has been positively giddy about consummating their relationship at last, posting some very teenagery videos to Snapchat about their wedding night (and plans for the future). “So, baby, you know what we’re doing tonight,” Ciara says in one video, with Wilson responding, ““From what we did last night, I’m gonna do it multiple times.” Have fun, guys!