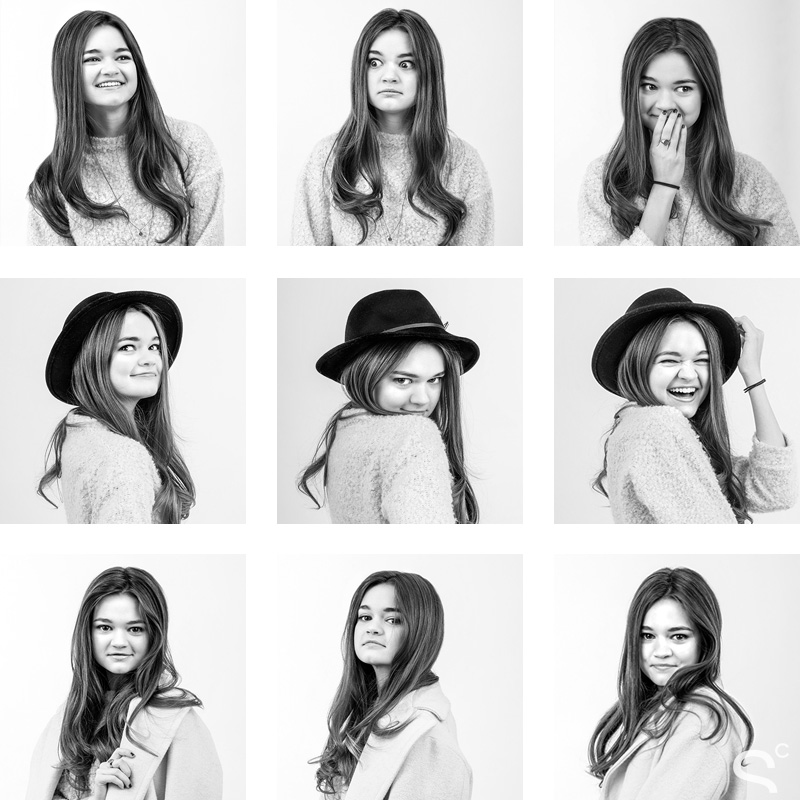 If you’re a fan of FOX’s Steven Spielberg-produced dramedy “Red Band Society,” you might be familiar with 17-year-old actress Ciara Bravo who stars as Emma Chota, a teenager struggling with an eating disorder. If you’re not familiar, the coming-of-age show is set in a hospital and it revolves around a group of unlikely friends who are suffering from life-threatening illnesses, while also dealing with the struggles of being teenagers.

Although barely an adult herself, Bravo has been acting since she was nine years old, when she began dominating Nickelodeon roles on “Big Time Rush,” “Supah Ninjas,” and “The Haunted Hathaways“ series.  Her  voice has also won audiences over in movies like “Ice Age: A Mammoth Christmas,” “The Penguins of Madagascar,” and “Charlie Brown.”
The Kentucky native sat down in our studio for an early-morning photo session where she answered some rapid fire questions, revealing everything from her secret celebrity crush to her top selfie tip!

What’s the last thing you bought?
A hat.

What’s your favorite emoji?
The sideeye one that looks like it’s rolling its eyes

What’s one thing no one knows about you?
I’m addicted to the movie “Heathers.” I quote it more often than not. My favorite quote is “Chaos killed the dinosaurs”

What’s your most-used app?
The podcast app because I’ve been listening to “Serial.”

Give us your best selfie tip.
Just take a bunch, mess around, see what you like best and stick with that!

If you won the lottery today, what would you buy?
I wouldn’t  buy anything. I’d stick it in my bank account and panic that I would spend it too fast.

What’s the best advice you’ve ever gotten?
Remember to make myself happy and realized if I’m not enjoying what I’m doing to take a step bac, find out what will make me happy and do that

Who is your celebrity crush?
Eddie Redmane. He was fantastic as Stephen Hawking [in ‘The Theory of Everything.”]

Any hidden talents?
I can roll my tongue into a little taco thing.

Who do you Twitter stalk?
Every boy I’ve ever had a crush on.

The fall season finale of “Red Band Society” airs tonight at 9/8 Central on FOX. Be sure to tune in!