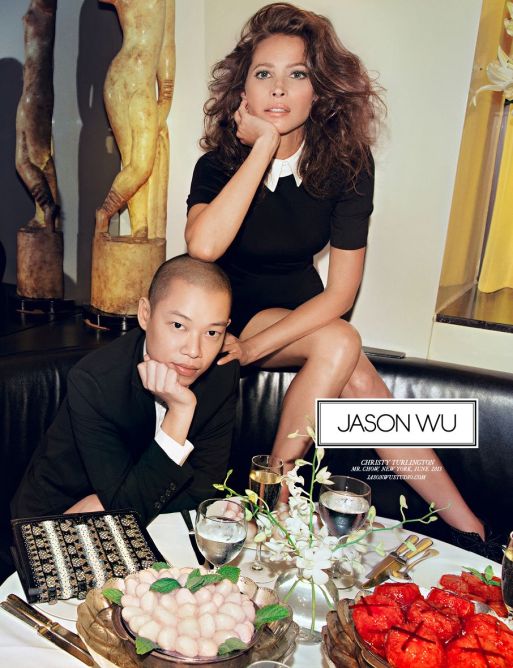 Following yesterday’s news that 69-year-old model Lauren Hutton is the face of Lucky Brand’s Fall Campaign, 44-year-old Christy Turlington (who just recently returned to her roots to star in Calvin Klein’s new underwear ads) has now emerged with a double-whammy: she stars in the Fall campaigns for both Jason Wu and Prada.

Wu seems to have an affinity for the over-40 models; last year he tapped Stephanie Seymour, also 44, for his glamorous Fall campaign, and now he’s posing alongside Turlington in a schoolgirl-inspired black dress with a white collar. Another shot allows Christy to better show off her killer body, as she sprawls out in one of Wu’s trademark slinkier designs.

For Prada, Turlington takes on a decidedly sleeker look, with her hair slicked back, dark eye makeup, a super-pale visage, and wine-tinted lips.

Wondering why so many classic supermodels are back with a vengeance? Read our expert’s take on the subject! 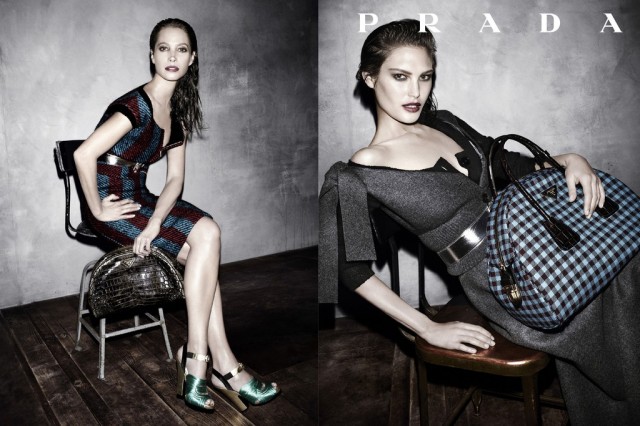 What do you think of Christy’s two campaigns?

MORE 40+ ON STYLECASTER:
Lauren Hutton Lands Campaign At 69 : An Expert’s Take On The 40+ Model Trend
Fabulous Over 40: 12 Women Who Look Better Than Ever
59-Year-Old Christie Brinkley Returns To Swimsuit Modeling