Since his rise to fame as Detective Elliot Stabler in the Law & Order franchise, fans have wondered about who Christopher Meloni‘s wife Doris Sherman Williams is and how they met before he became one of the most successful stars on television.

Meloni made his debut as Detective Stabler in the Law & Order spinoff, Law & Order: Special Victims Unit, in September 1999. The show followed Stabler and his partner, Detective Olivia Benson, as they worked in the Special Victims Unit in a fictionalized version of the New York City Police Department. Meloni starred on the series for 12 seasons until he left in May 2011.

However, that wasn’t the last time Law & Order fans saw Detective Stabler. Meloni returned to the role in April 2021 in the Law & Order spinoff, Law & Order: Organized Crime, which saw Stabler return to the police force only to learn how much the criminal justice system had changed in the past decade.

In an interview with Entertainment Weekly in 2021, Meloni confessed that he didn’t miss SVU when he wasn’t on it, but he’s ready to return to the franchise. “I would have no problem admitting to it. But I was pleasantly surprised it played out as well as it did,” he said. Because, you know, that’s not how life shakes out, right? You can have all the dreams you want, all the preconceived notions of how it’s going to be. But I must say, the intervening decade was everything I could have hoped for.”

So that’s Meloni’s time on SVU in a nutshell. Ahead is what we know about Christopher Meloni’s wife, Doris Sherman Williams, and their two children.

Who is Christopher Meloni’s wife? 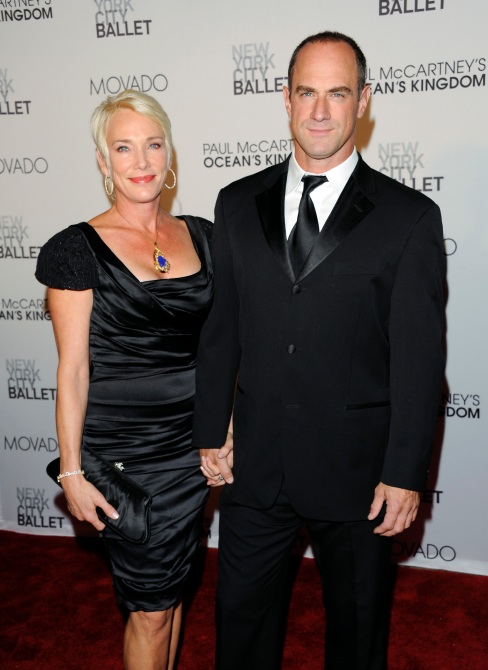 Christopher Meloni’s wife, Doris Sherman Williams, also works in Hollywood. She’s a production designer who has worked on movies like Night at the Golden Eagle, Walking Across Egypt and The Curse of Inferno, according to her IMDb. Williams’ IMDb also lists art director and visual effects as other career specialties. Meloni and Williams married in July 1995 after about four years of dating. They tied the knot in a medieval-themed wedding on a beach in Malibu. According to Country Living, Williams left the wedding early to go to the airport for a job in Miami—not before taking a few tequila shots. Though her legal first name is Doris, Williams prefers to go by the name “Sherman.”

Williams is also an artist and shows her work on her website, shermanmeloni.com, which features original oil portrait paintings. In an interview with Architectural Digest in 2017, Meloni called himself his “wife’s biggest fan.”

How did Christopher Meloni and Sherman Williams meet?

Meloni met Williams in 1989 when she rode her motorcycle to the set of a TV series that he was working on. Her short, bleached blonde hair and retro sunglasses made an impression on Meloni, who told Your Tango in 2006 of his first impression of his future wife: “This I gotta meet,” he recalled thinking.

After the two met and flirted, Williams invited Meloni to a party, though she had a boyfriend at the time, according to Your Tango. Time passed and the two met again, but this time, Meloni was with someone else. It wasn’t until two years later that they started dating. After their wedding, Williams, who lived in Los Angeles at the time, moved with Meloni to New York. As for the secret to their relationship, Williams told Your Tango: “We just like each other…Space, respect, trust, and freedom…We laugh a lot.”

Who are Christopher Meloni’s children? 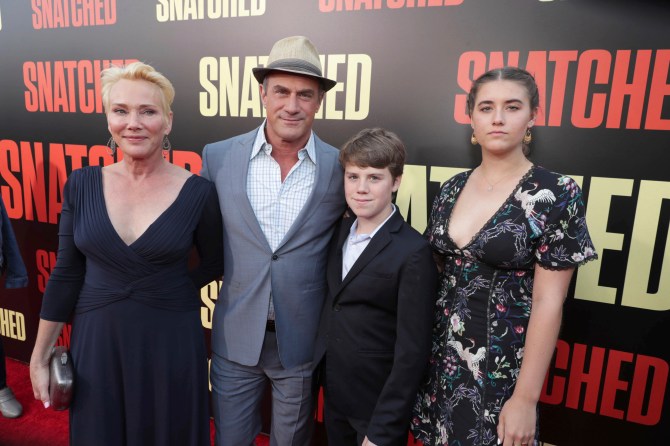 Meloni and Williams share two children: daughter Sophia Eva Pietra, who was born in March 2001, and son Dante Amadeo, who was born in January 2004. “I love my children beyond all reason,” Meloni told Your Tango in 2006. “They’re my joy, even when they’re wild with kid energy.”

Law & Order: Special Victims Unit and Organized Crime air Thursdays s at 8 p.m. and 9 p.m. on NBC. Stream the next day on Hulu or Peacock.