Love her or hate her, Christine Quinn *is* Selling Sunset. Since the reality series premiered on Netflix in March 2019, Christine, a real estate agent at The Oppenheim Group in Los Angeles, has been a controversial character.

“There are so many. I don’t know where to start,” Christine tells StyleCaster when asked what’s a misconception about her. “I would be lying if I said I didn’t get hate and bullying. Because people see me as ‘not being so nice’ to some girls on a television show, they think it’s OK to send me messages and to do it to me. It’s totally different. The misconception is I know those girls. We have relationships.”

“My relationship with Mary is very frigid, very cold,” Christine says. “I’d be lying if I said that the TV show didn’t put a strain on our relationship. I sent her a text two weeks ago that said: ‘‘I miss you. I don’t want the drama of the show to get between us. I really do love you, and I always will. Let’s not let the show win and bleed into our relationship. I hope you’re doing great.’ Her response was…whatever. It was sweet. It was a nice response. I just was looking for a little more.’

As for her relationship with Crishell, Christine tells StyleCaster that the two haven’t spoken since season 3 of Selling Sunset, which premieres on Netflix on Friday, August 7, filmed in late 2019. “I’d definitely like to be friends. I’ve been trying for a while. But you can only try so many times.” 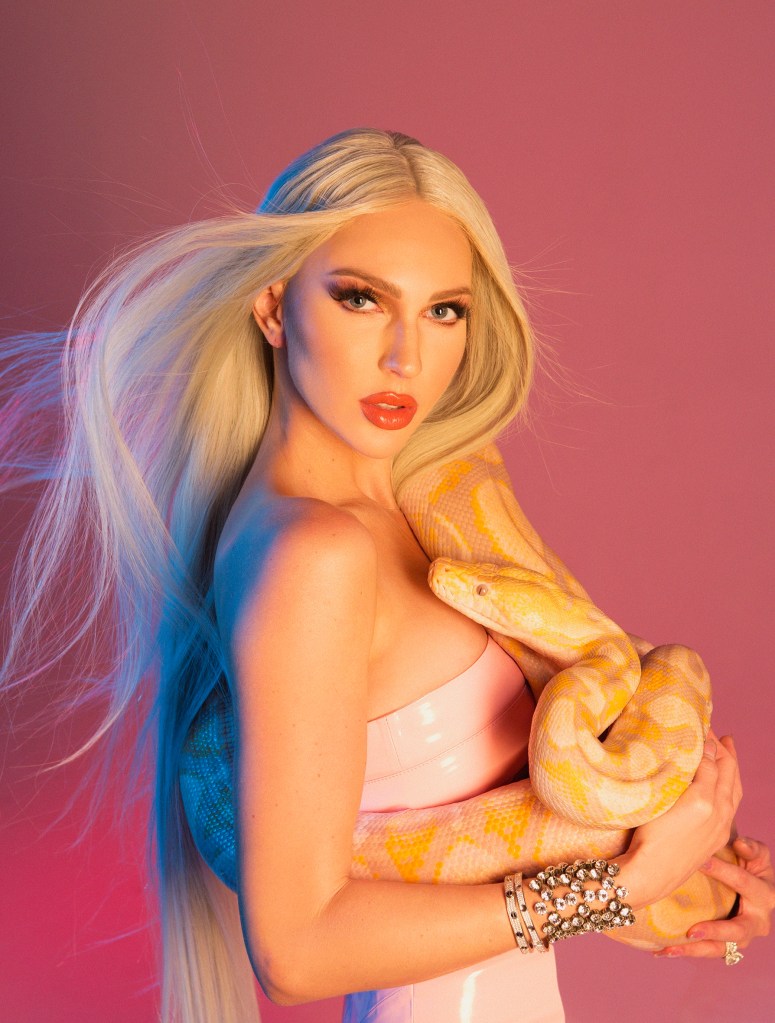 In July, Chrishell slammed Christine on her social media about comments she made about her divorce from This Is Us star Justin Hartley. “I just learned Christine is giving press ‘information’ about my divorce. Let me be VERY clear. She knows absolutely nothing about the situation and is obviously desperate to gain attention by doing so,” Chrishell wrote at the time. In response, Christine tells StyleCaster that she wishes Chrishell the best, despite their past drama. “At the end of the day, everyone has the right to say whatever she wants,” Christine says. “She can say whatever she wants. I wish her nothing but the best. I really do.”

The season 3 trailer for Selling Sunset sees Christine make a comment about how she worried that her wedding to tech entrepreneur Christian Richard would be “overshadowed” by Crishell’s divorce. “I feel like my wedding could never be overshadowed by anything,” Christine tells StyleCaster. “In hindsight, it was hard for me to get excited when everyone else was having these other feelings that I wasn’t feeling. It’s hard when you have someone who’s trying to celebrate a wedding and someone who’s going through a divorce. We were just on different ends of the spectrum while we were filming.”

As for her actual wedding, which served as the season 3 finale for Selling Sunset, Christine confesses that she needed to be reassured by the producers before she agreed to film the ceremony for TV. “My wedding was such a special event to me. Hopefully, I only get married once,” Christine says. “I was really scared of the cameras because I know it can be tumultuous, to say the least, while we’re filming. But we were reassured by production that the cameras weren’t going to be in view. I didn’t want to have a beautiful wedding photographer capture a cameraman or a sound guy in the background.”

To film the wedding, which was held at a cathedral in downtown Los Angeles, cameras were hidden under black linen and the rest of the production sat in pews on the second level overlooking the ceremony below. Though Christine admits that a televised wedding is “stressful,” she would recommend it to her costar Heather Rae Young, who got engaged to her now-fiancé, Flip or Flop’s Tarek El Moussa, in July. “I was actually just talking to her last night and this morning,” Christine says. “She showed me her ring. She’s so excited. I’m really, really happy for her. They’re great together. That’s just another fabulous wedding I can’t wait to go to.”

Ahead, Christine talked to StyleCaster about how Selling Sunset came to be, the Bravo shows she would love to star on and which of her costars aren’t “pulling their weight.” 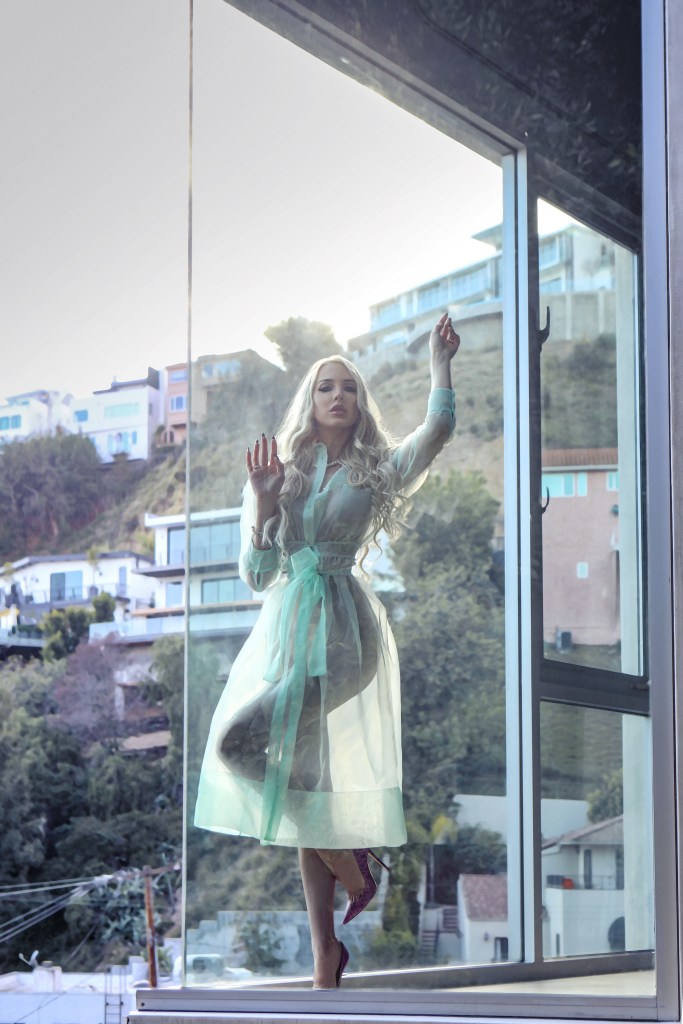 How did Selling Sunset come about?

“I’ve been working at The Oppenheim Group for five years. All the girls in the office have this crazy reputation for being great friends and always going out on the town. We would get tables and bottle service. We were really well known in the industry—not only for real estate, but for going out and partying and being a big family. One of the things Jason [Oppenheim] loves to do is marketing. Every year we have a group photoshoot that he puts on a billboard on Sunset, which is obviously really expensive to do. This was probably our third billboard, and Adam Divello, who is the creator of The Hills and Laguna Beach, was driving down Sunset and he saw it. He was like, ‘There’s no way this is real. What is this? A modeling agency?’ He looked up our website and was like, ‘Oh my gosh. I cannot believe all these beautiful people are real estate agents.’ We had been approached before for shows, but obviously, we turned it down. Adam was like, ‘No really. You should look into who I am, and what I’ve done. I’ll do it really tastefully. Why don’t we just shoot a pilot?’ And we were like, ‘OK.’ A lot of the other girls were a little apprehensive about shooting the pilot and being on TV, but for me, I was like, ‘Yes! This is it! Let’s do it!’ We shot the pilot and it hung around for probably over a year. Alot of networks passed, and then we finally heard that Netflix picked it up.

“There’s one line where I talk about a spider bite in my vagina. It wasn’t cringe when I watched it, but it was cringe because I had a losing appointment with a couple, and they were, like, 75 years old. They were like, ‘I love you on the show. Me and my daughter watch your show.’ All I could think about was that spider bite comment. Like ‘Oh my God. This couple I’m trying to sell a house to saw that.’ That was a little cringy, but it was all true. I’m sleeping with panties from now on, that’s for sure.”

“My clients, Max and Sepi, who I really, really love, were featured in season 1. I was working with them to help them find a home. You didn’t get to see that in season 2, which was unfortunate because I loved my dynamics with them.”

“‘Bitch, you don’t even cook!’ They’re like, ‘I love that line!’ They love that one and the sunglasses shady hat line for sure.” 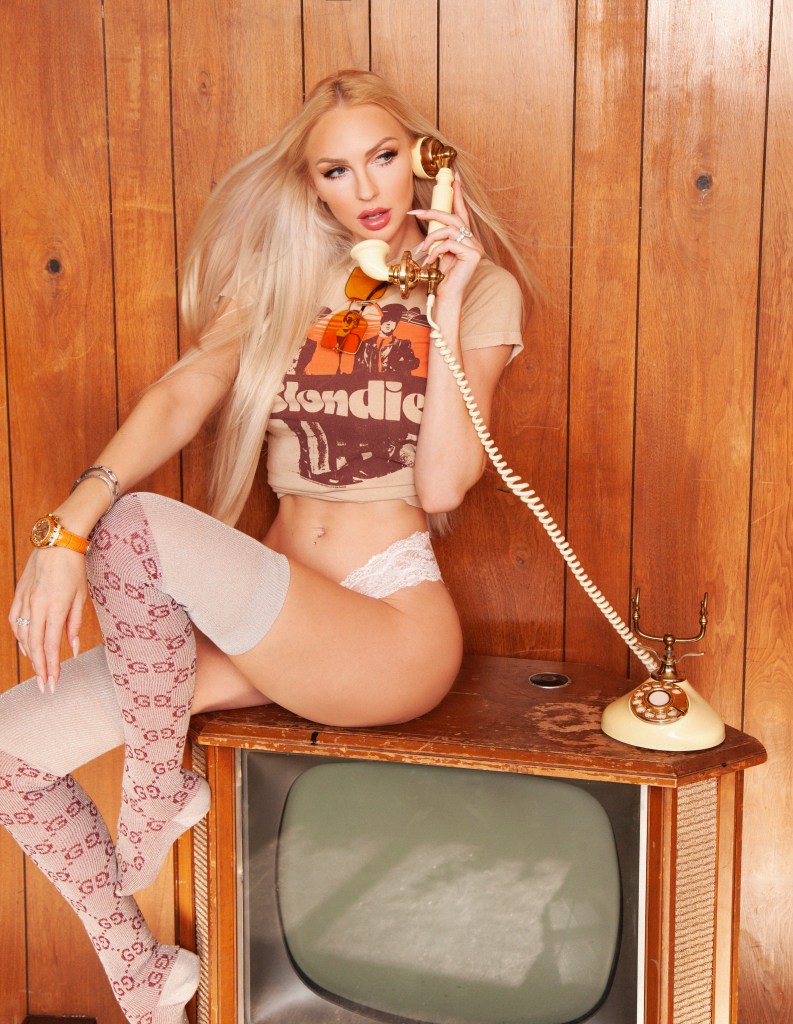 What didn’t you realize about reality TV before you were on it?

“I didn’t realize that reality TV is a pizza pie. The pie is cut into eight slices. Everybody wants a piece, but in order to do that, each piece of the pie has to have equal pepperonis on it, which means that everyone has to pull their weight in order for the show to work. For example, I think Mary and I did a fantastic job throughout seasons 1 through 3 of putting our lives out there on the line and being relatable to people and giving them the information they want to see. If you have some people who don’t necessarily pull their weight or don’t want to be as open, that makes the process harder when you’re filming a television show. If you watch the Kardashians, that’s exactly what happens with Kourtney. She was just tired of not wanting to reveal things or just wanted to play safe. What makes it really hard for a television show is when people don’t do their fair share of what we all signed up to do.”

“If I wasn’t on Selling Sunset, I would love to eventually be on The Real Housewives of Beverly Hills. I love that show so much, ut I feel like I’m too young now. Maybe when I have kids later down the line. That would be perfect for me. I’ve actually thought about [taglines] before, but they’re not that great. I’ve thought about, ‘I used to sell on the sunset strip. Now I just buy it.’ Or ‘I used to do real estate, and now I’m just keeping it real.’ Something silly. Is that sad that I’ve already thought of my lines? I also imagine myself on Below Deck Med. I’d love to be on that show, but obviously, it would not be as fun.”