As one of the greatest reality TV villains in modern history, it’s no wonder fans want to know how much Christine Quinn’s net worth is and how it compares to her Selling Sunset co-stars (and enemies.)

Christine—who was born on October 14, 1988 and is from Dallas, Texas—is a cast member on Netflix’s Selling Sunset and an agent at the Los Angeles-based high-end, real-estate brokerage firm, The Oppenheim Group. Prior to her career in real estate, Christine was a model and actress. She studied at the Julliard School of performing arts, according to TV Overmind, and has modeled for Vogue. She’s also acted in movies like Shark Night 3D, Humans vs. Zombies and Hot Tub Time Machine 2, which she was credited as “Christine Bently.” “I was an actress, and for SAG, you have to be registered under the Screen Actor’s Guild. And Christine Quinn was a New York senator who was registered under the Screen Actor’s Guild, so I couldn’t use my name and had to come up with a last name. I was like, Umm… ‘Bently’ sounds cool,” Christine explained in a 2020 interview with the Daily Beast.

In an interview with STYLECASTER in 2020, Christine talked about how she became a part of Selling Sunset. “I’ve been working at The Oppenheim Group for five years. All the girls in the office have this crazy reputation for being great friends and always going out on the town. We would get tables and bottle service. We were really well known in the industry—not only for real estate, but for going out and partying and being a big family,” she said at the time “One of the things Jason [Oppenheim] loves to do is marketing. Every year we have a group photoshoot that he puts on a billboard on Sunset, which is obviously really expensive to do. This was probably our third billboard, and Adam Divello, who is the creator of The Hills and Laguna Beach, was driving down Sunset and he saw it.”

She continued, “He was like, ‘There’s no way this is real. What is this? A modeling agency?’ He looked up our website and was like, ‘Oh my gosh. I cannot believe all these beautiful people are real estate agents.’ We had been approached before for shows, but obviously, we turned it down. Adam was like, ‘No really. You should look into who I am, and what I’ve done. I’ll do it really tastefully. Why don’t we just shoot a pilot?’ And we were like, ‘OK.’ A lot of the other girls were a little apprehensive about shooting the pilot and being on TV, but for me, I was like, ‘Yes! This is it! Let’s do it!’ We shot the pilot and it hung around for probably over a year. A lot of networks passed, and then we finally heard that Netflix picked it up.”

So what is Christine Quinn’s net worth? Read on for how much Christine has made as a high-end real estate agent on Selling Sunset and how her net worth compares to her co-stars and enemies.

How to Be a Boss B*tch by Christine Quinn 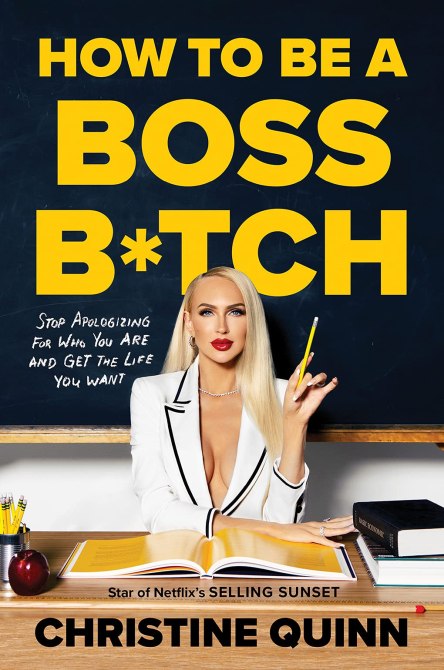 In her bio for the Oppenheim Group, Christine talked about how she’s always had an interest in architecture and interior design, which led to a career in real estate. “Everything is bigger in Texas, including Dallas native Christine Quinn’s beaming southern charm and desire to be at the top of the Los Angeles real-estate market,” her bio reads. “After a successful career in fashion and entertainment, including a feature in Vogue magazine and others, Christine traveled the world for two years. During her travels, she discovered her love of architecture and interior design, which ultimately led her back to Los Angeles to pursue a career in real estate.” Her bio continues, “Since then, Christine has been attracting Hollywood’s elite looking to purchase primary residences, second homes, luxury condos, and investment properties, as well as facilitating first time homeowners to acquire their dream home. Christine’s southern roots and family values are what set her apart from others in the industry. She believes that honesty and integrity are the golden standards in business.” 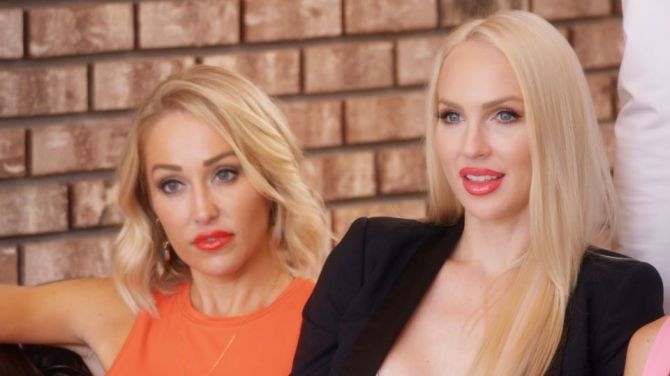 As for how much she makes on Selling Sunset, Christine’s salary from the show is unclear. Regardless of her salary, Christine still makes a good amount from the commission she earns as an Oppenheim Group agent selling multi-million-dollar homes. According to Heart UK, the commission for real estate agents typically range from three to six percent. Christine’s Selling Sunset co-star, Davina Potratz, explained that that amount is then split with the brokerage. According to Davina, agents take 75 percent of the commission, while brokers take 25 percent. “The salespeople have to work underneath the broker license and the brokers also carry more responsibility, if anything goes wrong or if anyone gets sued the broker is responsible,” she said. “But if you get, say, 2.5 per cent commission of the purchase price then that share goes to the broker and then the salesperson who did the transaction, if it was their client, they have a split with the broker.”

How much is Christine Quinn’s net worth?

So what is Christine Quinn’s net worth? Well, according to Celebrity Net Worth, Christine is worth $1.5 million. Christine’s net worth is lower than her co-star, Chrishell Stause (who is worth $5 million) and Heather Rae Young (who is worth $3 million), but higher than co-stars like Mary Fitzgerald (who is worth $1 million) The highest net worths in the Selling Sunset cast belong to Jason and Brett Oppenheim, the founders of The Oppenheim Group, who are worth $50 million each.

While Christine’s net worth isn’t the highest in the cast, her husband, Christian Richard, is a multi-millionaire. Christian—who Christine married in Selling Sunset season 3—is a tech entrepreneur and software engineer who retired at the age of 35. According to The Sun, he’s worth $20 million and lives with Christine in a $5 million home in Hollywood Hills. They share a son, Christian Georges Dumontet, who was born in May 2021.

Along with the commissions she makes as a high-end estate agent at the Oppenheim Group and her Selling Sunset salary, Christine Quinn’s net worth also includes the money she makes from Instagram sponsorships. According to Influencer Marketing Hub, Christine makes around $3,184 per post. As of November 2021, she also has 2.1 million Instagram followers. She’s also done collaborations with brands like Ciate London and ShoeDazzle.

Selling Sunset is available to stream on Netflix.

How to Be a Boss B*tch by Christine Quinn

For more about Christine Quinn, read her book, How to Be a Boss B*tch: Stop Apologizing For Who You Are And Get the Life You Want. The book, which will be released on May 17, 2022, is a part tell-all, and part how-to about Christine manifested her own success and went from being a high-school dropout to a self-made millionaire. The book—which is called a “modern guide to living a bold, authentic life”—includes tips on how to brand one’s self with a “signature style” and to use “opponent’s poison as your power.” “Let’s get one thing straight right up front: If you’re going to call me a bitch, I’m going to take it as a compliment,” Christine writes in the book.