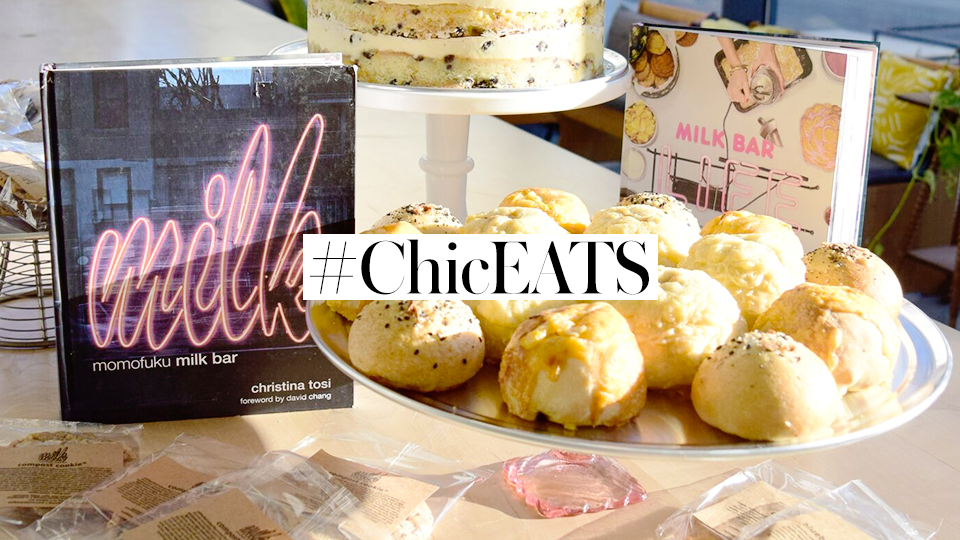 Walking into Milk Bar’s newly-opened classroom in Williamsburg, Brooklyn is like walking into heaven for any pastry lover. The space is filled with vats full of frosting, birthday cake crumbs and all the delicious ingredients that go into the brand’s covetable crack pies and truffles. And though the new classroom space just opened in January, Milk Bar has been a favorite of New York City’s cool kids and has been pumping out fashion forward sweets (like their cookie collab with model Karlie Kloss, or the highly Instagrammable cereal milk flavored soft serve ice cream) since their East Village inception in 2008.

But Milk Bar’s desserts go far beyond their chic, visual impact. Founder Christina Tosi is two-time James Beard Award winner and takes her craft very seriously. After experiencing one of the Brooklyn-based classes for ourselves and learning how to bake the super sweet and highly indulgent birthday cake, we caught up with Tosi to talk about her favorite restaurants, fashion and the one ingredient she’d never use in her baked goods.

StyleCaster: What inspired you to start the classes?

Christina Tosi: When I first opened Milk Bar seven years ago in the East Village, it was so well received and so special. It felt small. We didn’t have enough space for the kitchen, so we basically used half of the bakery to bake, and put up a plexiglass wall and sold from the other side of it. There was something about the involvement and the voyeurism of being in line and getting to see everything. You could literally stick your head over the plexiglass wall as a customer and say, ‘What is that? What are you doing and how are you doing it?’

When we moved to our much bigger classroom in Williamsburg, Brooklyn, we missed that. I basically built a cube within our Williamsburg kitchen about five years ago, and I said ‘We’re going to make this a classroom.’ Then, this space became available on the other side of our kitchen, so we made it into a bigger classroom which we deserve to have. If I wasn’t a pastry chef, I would totally be a teacher.

Can you remember a specific moment in time when you knew you wanted to work with pastries?

I have always had a sweet tooth for my entire childhood. I was always a super picky eater, and always the kid who was sneaking behind grandma or mom when they were making cookies and taking an extra handful of cookie dough when they were supposed to be baked. But for me, it really happened after I went to college. It was sort of the brink of graduation, I had this thought like, ‘Oh my god, I’m about to be an adult, I have to go out and get a real job, and that’s the last thing I want to do.’ I wanted a job that was fun and freeing, and creative. I wanted to get a job that I’m so passionate about, that it’s never a bummer to go to work.

I thought to myself, what do you want to do that you never ever get tired of doing. For me, it was baking cookies. It’s that simple, it’s that pure. I get to make the cookies a lot less these days, but the spirit of it is still there.

What’s the best dessert you’ve ever had?

My favorite hands-down all time dessert would be my grandma’s oatmeal cookie. There’s a recipe in one our cookbooks called Milk Bar Life. She makes it better than anyone else. I could stand next to her and literally make the recipe one for one, and she’d still make it better. I think that’s the beauty of food in general. I love going out to eat, I love having high-end desserts, but for me it’s about the memory and the nostalgia that food can bring. 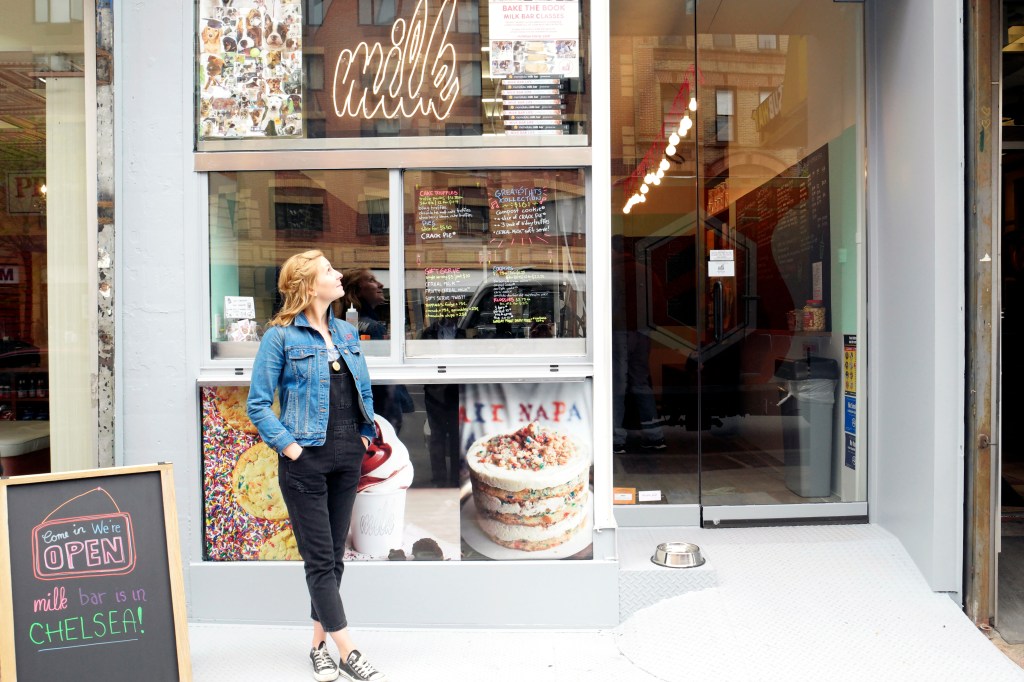 If you could collaborate with anyone—artists, designers, musicians, chefs—who would it be?

We get to do a lot of collaborations which is one of my favorite parts of the job. We’ve gotten to collaborate with everyone from architects to supermodels. I am a super duper crazy fan of Neil Young. So, just getting to work with him or cook with him and hang out with him would be awesome and inspiring.

Who are some other chefs or food personalities who have influenced your work—besides David Chang?

I used to work for Wylie Dufresne at WD~50 in the Lower East Side. He very much changed and altered what we knew as fine dining. But everyone from Martha Stewart to Ina Garten—those very Americana, home cooks with the sensibility that it can be more than just doing something at home, certainly inspired that part of the Milk Bar spirit. We translate those classic American home baked goods and those homey things with our creativity. I love working with savory chefs as well. I’m a pastry chef who also has a savory sensibility. I’m big on the understatement being the surprise to the people you’re feeding. 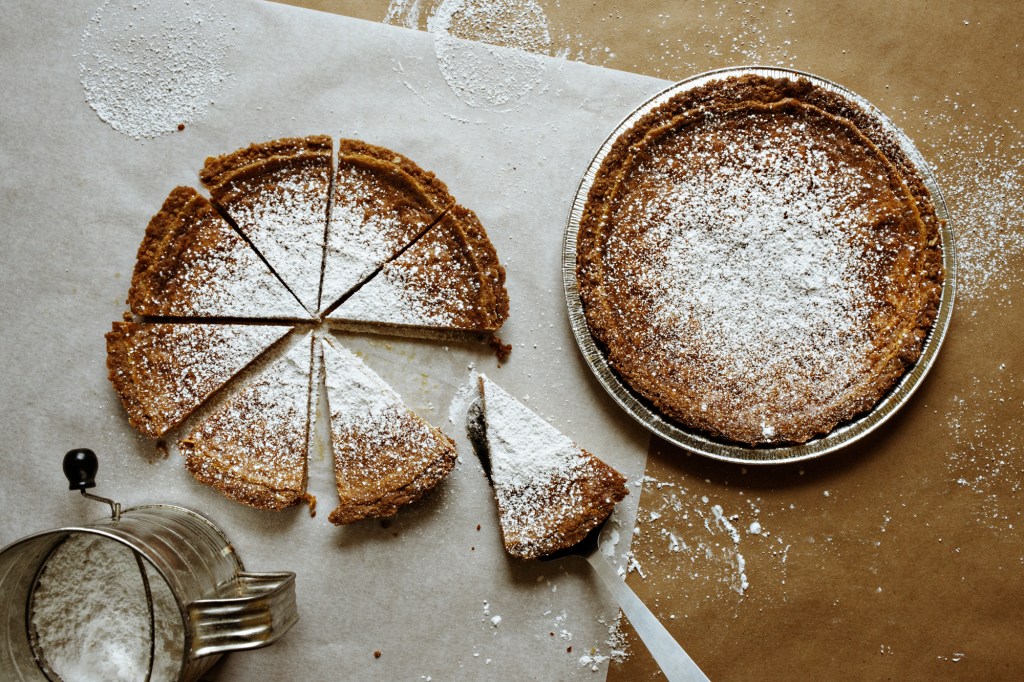 Is there one thing home bakers should focus on to be more consistently successful?

Home bakers specifically, I would say not to rush the process. I think creaming butter, sugar and eggs together is something that home cooks typically rush. I think the other thing, is that once you add flour, unless you’re making bread, you should mix your dough well. Those are the two biggest tips I could give. And, if it doesn’t taste good to you as a dough or a batter, it’s not going to taste good when it comes out of the oven!

Is there any ingredient you would never use in baking?

Bacon. I’m an anti-bacon person. I like salty-sweet, but I like my bacon in bacon. I don’t like it in my baked goods. I’ll smoke oats to bring a smokey note or add pretzels to add salt, but for some reason I just could never get behind the bacon trend.

How often do you come up with new recipe concepts for Milk Bar?

Every day. My mind is constantly racing in that space. We have a research and development kitchen and we’re constantly testing out new things. It usually takes anywhere from a week to a month to actually take an idea to reality. I have sweet ideas, I have savory ideas. I have this crazy idea where I want to make a line of juices. Because when you eat cookies all day and you live that life, you gotta find balance. For me, it’s the wild ride. Your mind absolutely should run wild on a daily basis. I have notes on my phone constantly and I’m always taking pictures of things. 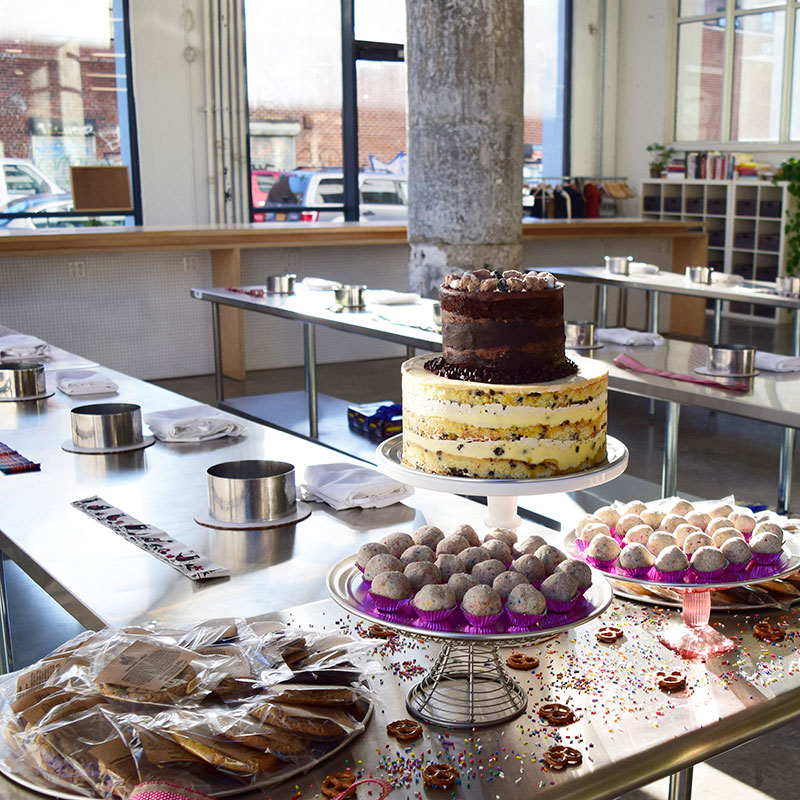 What’s your favorite place in the world to eat?

One of my favorite restaurants is Attica, in Melbourne, Australia. Ben Shewry is the chef, he just has a craftiness to him. He is not only a technician, he’s a world renowned chef. When you sit at this restaurant and you eat there, it’s full of these clever things . It’s high-end and it’s homey; it’s not flashy. It’s very personal and personable. It just really resonates with me.

What about in New York, where you’re based?

Oh my god. I have about a million favorite spots. I think NoMad is amazing. I love Craft, for roast chicken, and mushrooms. I love Momofuku Noodle Bar, that for me is where I fell in love with Momofuku. I love going to Lucali Pizza in Brooklyn and bringing a bottle of wine. I love the high-end parts of New York, but I also love the amazing low-end parts of New York. Like tucking inside the Parker Meridian for a burger at the Burger Joint. Going to Bemelman’s Bar for cocktails and jazz music. I love living the high and the low of New York City. All you gotta do is put on a pair of high heels or change into sneakers and some holey jeans and the food world is yours in New York City. 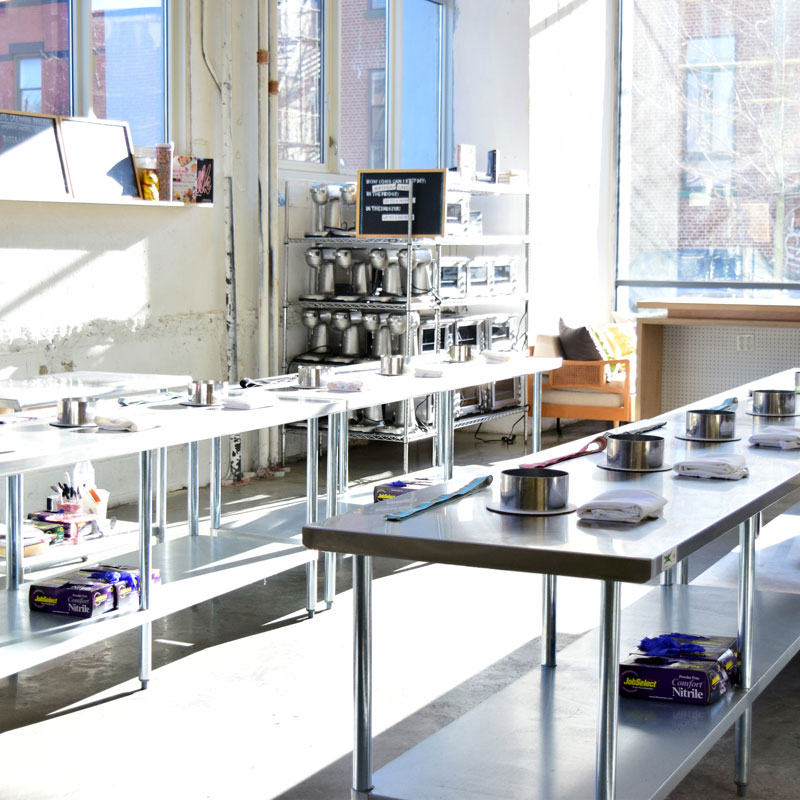 Milk Bar definitely has a reputation for attracting a fashion crowd–especially with the Karlie Kloss collaboration. What else do you think attracts that type?

I think in general the fashion industry is drawn to individuality, quirkiness, creative spaces, food, and visual impacts. Because at Milk Bar, there are no rules, it just feeds the creative spirit that is the fashion industry. It’s never afraid to take risks, or afraid of change. It can be asymmetrical, it can be a little out there. It’s the same thing as the musicians, actors, and all those people who come into the store. We are literally creative people who feed the creative bellies of other creatives—and it’s a really cool thing.

For more information on Milk Bar’s classes, visit their website.